This Russian-born FBI agent was the bureau’s spycatcher 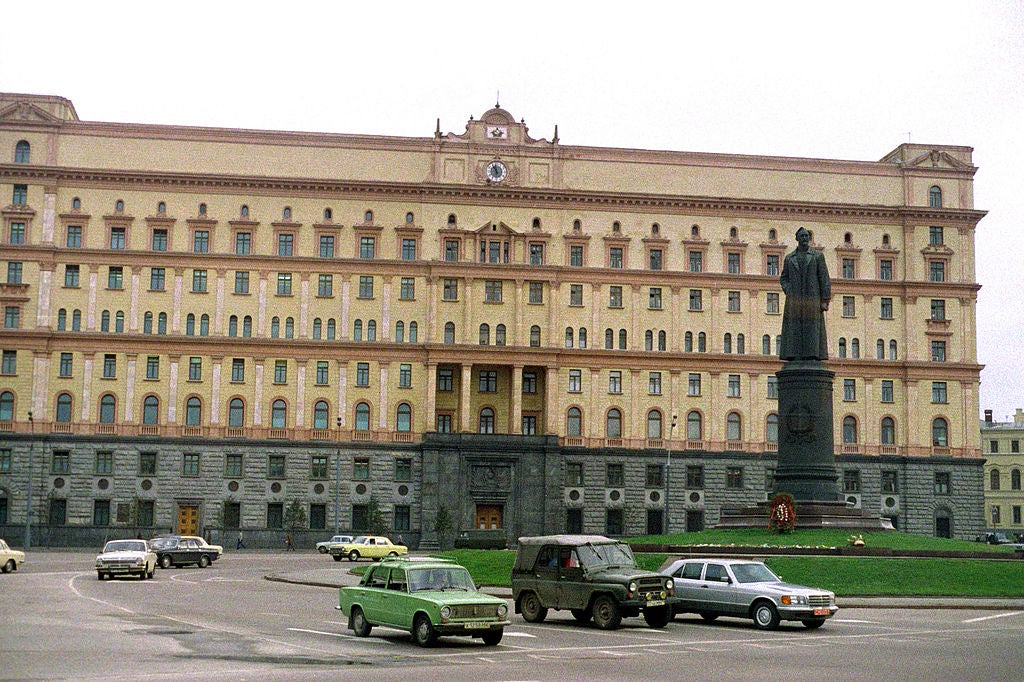 A view of the offices of the KGB Soviet State Police located on Dzerzhinski Circle, a few blocks from Red Square. (Wikimedia Commons).

George Tromiloff was a retired U.S. Army officer who had been passing information onto the Soviet KGB for decades as a means of paying his debts. He was finally caught by the Germans in 1994, but due to a statute of limitations, he was allowed to go free. He retired to Florida, but his spending habits never changed. He was soon in debt once again.

At his wits’ end in Florida, he met with a Russian man named Igor Galkin, who said he represented the Russian SVR. Only three years had passed since Tromiloff’s release in Germany. He was ready to divulge more secrets to Russian intelligence.

Except Galkin wasn’t from Russian intelligence. His real name was ​​Dmitri Droujinski, and he was a special agent for the FBI. He specialized in catching moles, Russian infiltrators inside the U.S. intelligence apparatus. By 2000, Tromiloff was behind bars for good.

Droujinski didn’t just go after the high-ranking moles who had escaped justice in their espionage operations. His mission inside the FBI was to root out anyone suspected of giving away America’s most closely-held secrets. From the 1960s through the late 1990s, Droujinski and his Russian accent and appearance were used to lure spies out of hiding and catch them in the act.

His “Oscar-worthy” performances not only outed Tromiloff, a career U.S. Army intelligence officer, but also a clerk at the National Security Agency who was passing secrets collected from all over the world to the KGB, and Warrant Officer James Hall III, who passed information to the East German secret security service, the Stasi.

When anyone contacted the Soviet Union’s Embassy in Washington, it was usually recorded by American counterintelligence agencies. They would then send Droujinski in to make contact in order to keep the potential spy away from the Soviets. Droujinski would make them believe they were talking to the Russians while keeping U.S. secrets safe.

Although Droujinski worked for the FBI, he was the US government’s go-to “fake Russian,” working for anyone who needed his services, including the NSA and the CIA. He was American counterintelligence’s best-kept secret. Even when he had to testify in court, he altered his appearance so no one could get a beat on his real identity.

Over his nearly 40-year career, Droujinski posed as either a KGB officer or terrorist financier to infiltrate spy rings, terror cells or catch lone moles. He told Smithsonian Magazine he’d worked as many as 50 cases in his time in the FBI, and sent at least half of his targets to prison.

Even after the fall of the Soviet Union, the FBI had some major cleanup work to do. In 1992, a KGB archivist named Vasili Mitrokhin defected to the United Kingdom. He brought with him a massive collection of documents, notes, and records from the KGB collected over his 30 years of service in the Soviet intelligence service. Within those documents were the code names and identities of the KGB’s many western agents, moles, and spies.

The Cold War may have ended but the FBI wanted to bring those American traitors to justice. Droujinski spent the last decade of his counterintelligence career doing just that. There’s no statute of limitations on espionage in the United States.

Droujinski came to the U.S. from a family of anti-Bolshevik fighters inside Russia. He joined the Marine Corps at age 21 and ended up working for the FBI, using his Russian background to catch the USSR’s most damaging American spies. He also retired to Florida, where he remains very secretive about his past life.