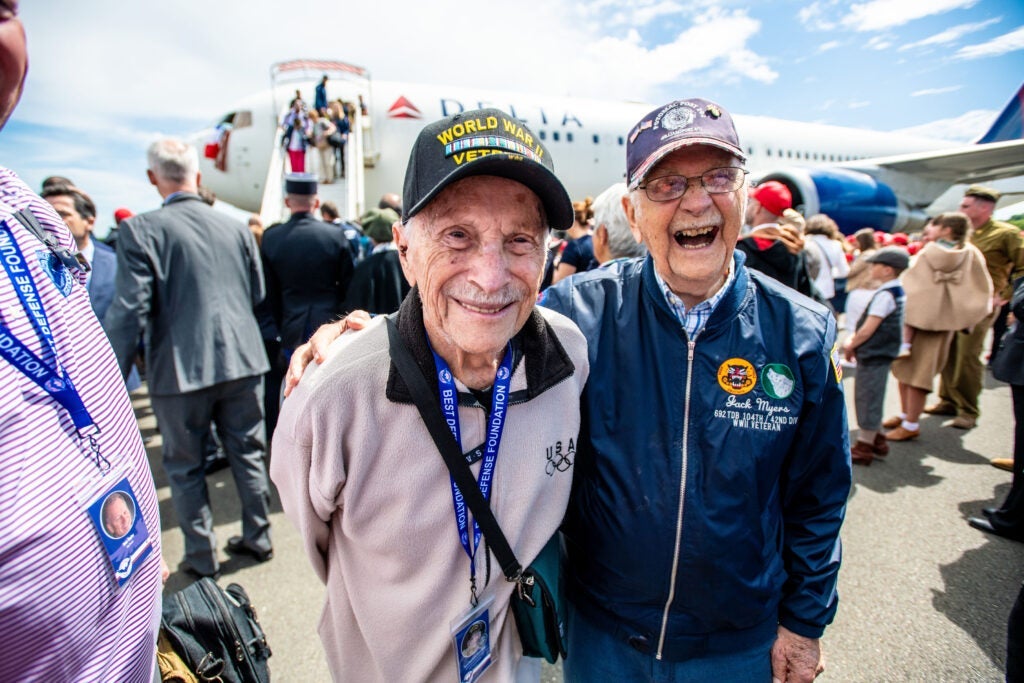 2022 marks the 78th anniversary of the D-Day landings at Normandy, France. Partnering with Best Defense Foundation, Delta Airlines flew WWII veterans to Deauville-Normandie Airport on a nonstop flight from Hartsfield–Jackson Atlanta International Airport, GA to partake in anniversary events. It was the first time a US passenger plane flew nonstop from the U.S. to Normandy.

“Delta is privileged to have played our part in bringing these brave veterans back to Northern France with members of their families for this special week of remembrance,” said Delta S.V.P. of Global Sales Bob Somers in a public release. “We are very proud of our partnership with Best Defense Foundation. Their philosophy of taking care of those who took care of us is wholeheartedly shared by Delta and our employees.”

The WWII veterans, many of whom are in their mid-90s, arrived in Normandy on June 2, 2022 where they were greeted by local dignitaries. For some of the veterans, it was their first trip to France since June 6, 1944. “We’re honored to welcome back U.S. veterans to our beautiful coastal town,” said Deauville Mayor Phillipe Augier. “This place holds deeply personal memories of their time here, and we are forever grateful to them.”

During the trip to France, some of the veterans will receive the French Légion d’honneur, the nation’s highest order of merit. The trip also includes parades in Sainte-Mère-Église and Carentan as well as a parachute jump in La Fière. The standout event of the week-long trip is the official D-Day Commemoration on June 6. Michelin, another sponsor of the trip, is also sponsoring two dining receptions for the veterans during their time in Normandy.