The history of the White House Easter Egg Roll 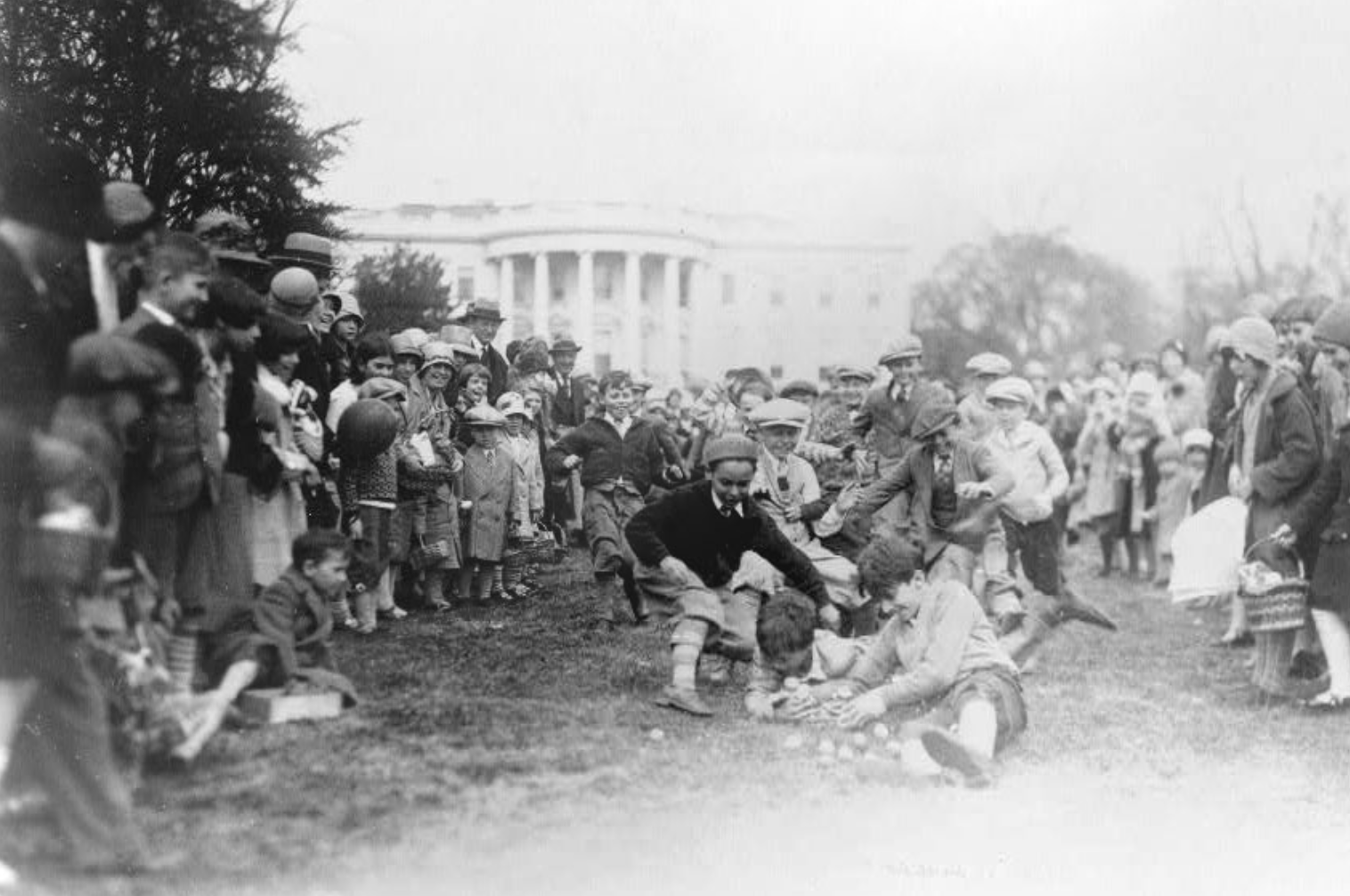 Every year, the White House hosts an annual Easter event for visiting children. Those 13 and younger are able to compete in this longstanding American tradition: The White House Easter Egg Roll. In order to compete, kids push an egg (plastic in modern-day), with a long-handled spoon. Each child has their own lane, and the idea is to get to the finish line first.

Essentially it’s a foot race for the eggs themselves.

The tradition began in 1878, when then-president, Rutherford B. Hayes, opened the White House yard on the Monday after Easter, a traditional day for family games. Hayes himself greeted the kids, creating a reception along with each rolling event. This is in an official capacity, that is.

As early as 1815, children rolled eggs on the White House lawn at the request of James and Dolley Madison. This became a normal tradition and kids would bring their own decorated eggs and roll them on public grasses, including the White House lawn. They also played games like Egg Picking, Egg Ball, Toss and Catch, and Egg Croquet, which sounds messy but we don’t have a list of the official rules.

However, after the lawn was trampled following a big rain, Congress passed a law that made it illegal for children to play on the lawn. It was overturned just two years later.

Nearly every year since (except for years when it was canceled), families have gathered on the South lawn to compete in egg rolling.

In years since, subsequent presidents have added their own spin. Benjamin Harrison added music in 1889 when he brought in the US Marine Band, AKA “The President’s Own” to play upbeat songs.

By 1929, it aired on the radio, being featured on WRC in Washington, D.C. Then in 1969, the Easter Bunny became a standard guest when Thelma “Pat” Nixon had her staff dress in white jumpsuits and masks while they shook kids’ hands.

Nancy Reagan added wooden eggs that hosted famous autographs; they were placed among the rest of the eggs and became treasured keepsakes. 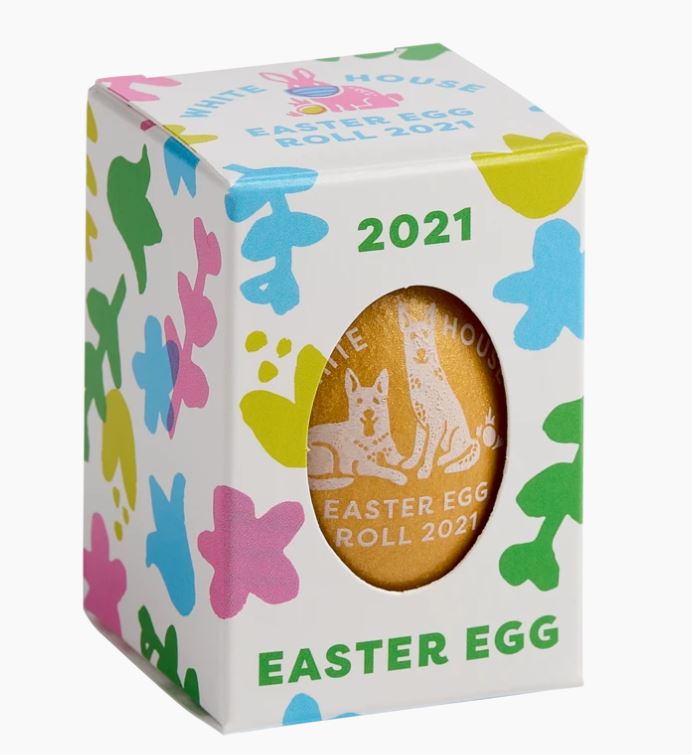 A wooden egg from the White House Roll in 2021; eggs were made even though the event was canceled due to COVID. Image courtesy White House Egg Roll Twitter.

In 1998 the Egg Roll made its first appearance on the Internet, and in 2009 tickets were handed out online via a lottery system. Those who wish to participate can enter online (it’s free) and are chosen at random. Tickets require at least one child under the age of 13 and one adult, but will admit two from a single-family.

Today, it’s considered an entire event, with readings from cabinet members, and many keepsakes to be found, including professionally decorated eggs. Wooden eggs are still presented as souvenirs; annually, 80,000 are created and are also available online for purchase. Kids who participate in the roll get to take one of these wooden eggs that’s been autographed by the President and First Lady.

The event was canceled in 2020 and 2021 due to COVID, in 1918 event due to food shortages, and in WWII for security issues. It was also canceled a variety of times due to construction and inclement weather. It returns in 2022 on the traditional “Easter Monday,” or the day after Easter.