Here is why the president pardons turkeys every year 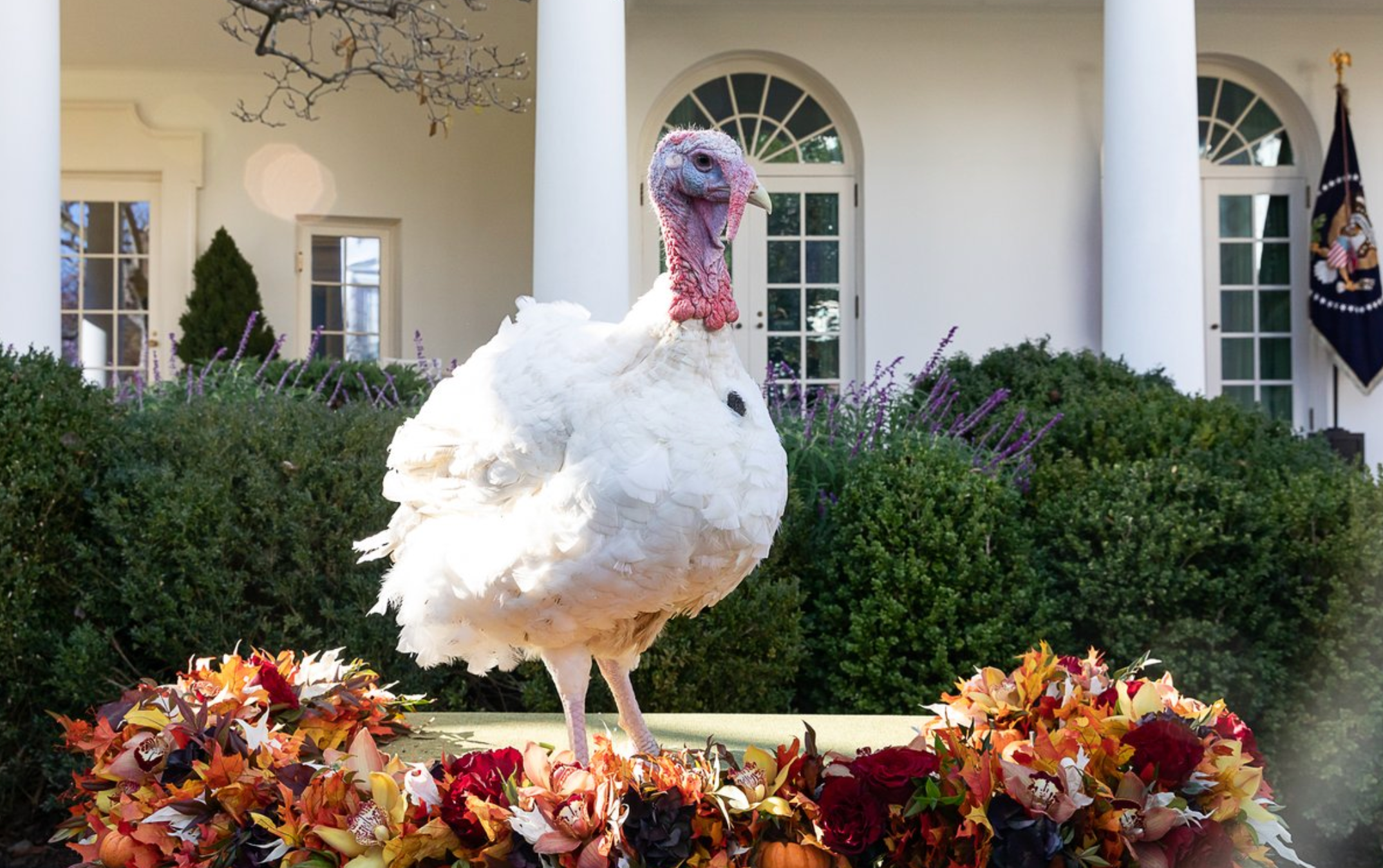 This week, President Biden pardoned two turkeys, Chocolate and Chip, at the White House as part of an annual ceremony. On Capitol Hill, this is nothing new, for the rest of the country, it’s a practice that might seem a little strange.

What is this tradition? Why is it done? And what happens to the turkeys, anyway?

Take a look at the history behind this White House turkey tradition and why it’s still done today.

Known as The National Thanksgiving Turkey Presentation, the event takes place each year in the days before Turkey Day. The National Turkey Federation is in charge of bringing at least one bird. Traditionally, the turkey(s) are provided from the NTF chairperson’s home state. Some years, the bird is even provided from their personal bird farm. Most years, the bird is a male, Broad Breasted White turkey.

This part of the tradition has taken place since the 1940s when Harry Truman was presented with a bird. And until the presidency of George H.W. Bush, the same turkey was turned into dinner. He was the first sitting president to “pardon” the bird, an act that all of his successors have since kept in practice. There are also instances where presidents pardoned the turkey in years before George H.W. started the tradition. For instance, John F. Kennedy spared his turkey just three days before he was assassinated in 1963.

With the turkey “pardoned,” he is alive to see another day. Usually, two turkeys are presented with one deemed the “spare.” However, neither turkey is slaughtered, despite pop culture events listing otherwise.

Presenting a turkey to the president isn’t just a modern holiday. Starting in 1873, a turkey farmer from Rhode Island, Horace Vose, gifted a dressed turkey to the sitting president. Vose died in 1913, starting a frenzy among turkey farmers, many of whom wanted to provide the presidential bird. There were also several boasts about who had the best-tasting turkey. The year of Vose’s final turkey, another farmer said his birds, who were fed with red peppers, would taste better. While Woodrow Wilson is said to have eaten both, he didn’t go on the record as to which tasted superior.

Into the 20s, farmers from Chicago, Texas, and additional locations all sent turkeys. The town of Cuero, Texas, is the first time birds were sent while still alive.

By the mid-40s, the practice had become a mainstay at the White House, before turning into a pardon and saving the turkey’s life.

Other states offer a similar practice, including Minnesota.

The birds range in size, from 35-55 pounds, and are usually named with tandem monikers, for instance:

Biden’s first set of turkeys were named Peanut Butter and Jelly. Bill Clinton was the last president to pardon unnamed birds. Only one female bird has been presented and pardoned, Katie, who was pardoned by George W. Bush in 2002.