Top fads that swept through the military - We Are The Mighty

5 fads that swept through the military 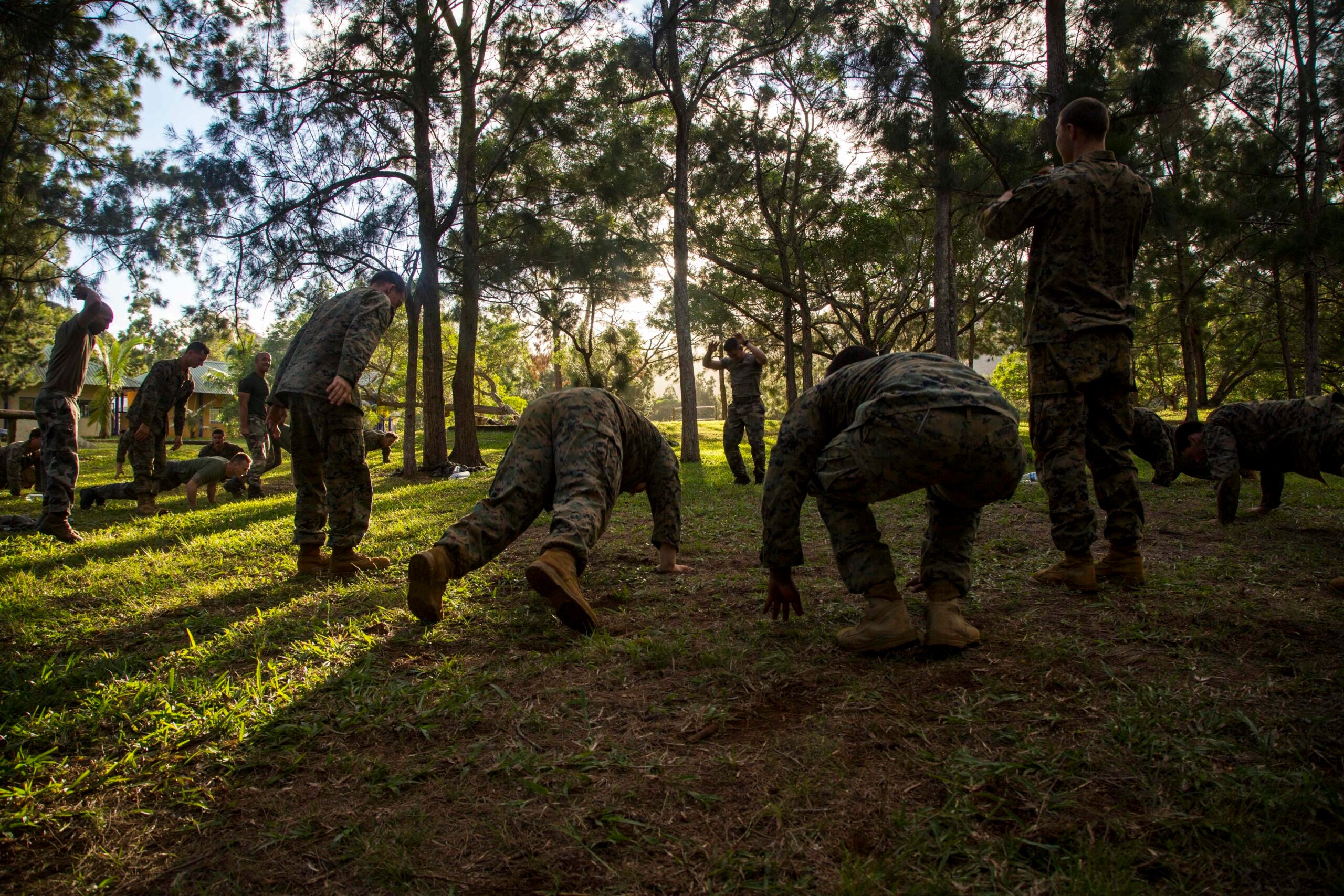 Fads are an interesting thing. They are trends that sweep through culture like an all-consuming wildfire. It may be a diet, a tool, clothing, or a new gadget. They are advertised to make one better in attributes such as health, performance, or efficiency. Sometimes they simply have the cool factor. The military is not immune to the effect of trendiness.

Here are 5 fads that swept through the military:

The stand-up desk, also known as the standing desk has been around for years. Rumor has it the trendy employment within the military exploded when Donald Rumsfeld served as the Secretary of Defense (2001-2006). Proponents of the stand-up desk tout benefits of its use to include reinforcing personal vigor, increasing metabolism and maintaining focus. There is the additional perception that it reflects an image of vigilance. Remaining on your feet gives you the advantage of reacting quickly in the remote chance of violence in the workplace. Implementation can vary from setting your desk atop cinder blocks or procuring a modern, ergonomic, transitional desk. Either way use of the stand-up desk is a physical extension of a prepared mindset. Some will reject it as hype while others embrace its use as supreme.

One craze that swept through the military with an enduring impact equal to earth’s gravity is CrossFit. Tire flipping, kettle bell swinging, and box jumping become daily events once bitten by the bug. The “daily seven” calisthenics and three mile run of yesteryear fade in the rear-view mirror as the CrossFit disciples spread their message. The term functional fitness resonates so well with professional warfighters that CrossFit has been embraced passionately. Its emphasis on various qualities including strength, flexibility, balance, and stamina directly correlate to the desired attributes for an individual who must perform under the demanding conditions of combat. Just as military service, CrossFit requires discipline, effort, and skill. Each of these characteristics can be developed but it takes a certain type of person to be drawn by these challenges. Often the personality drawn by one is likewise pulled towards the other. They pair well.

Vibram FiveFingers are a minimalist shoe designed with individual toe pockets to replicate the barefoot experience. They (and similar designs by competitors) are embraced by some as increasing performance due to their unique features based on the anatomy of the human foot. Running (along with marching and hiking) has always been the primary physical conditioning of the military. After Christopher McDougall’s book Born to Run was published in 2011, the idea of barefoot running became popular. Recognizing the time, effort, and impracticality of toughening the bare foot in today’s modern era, toe shoes because an attractive alternative for believers. Fads like this one did not have the same wide-spread impact as CrossFit, but a few die-hards still exist. Studies abound on the benefits of toe shoes versus the injury they are alleged to produce. Some former believers have now evolved to embrace a more traditional minimalist shoe which seem to be compatible with CrossFit culture.

Hydration is important, even more so as a member of the military. During WWII canteens were aluminum and the military believed in something called water discipline (a conservation of the water consumed by an individual) which stands in stark contrast to today’s practice. In Vietnam we saw the introduction of the ubiquitous green plastic canteen that is still in use today. These standard issues canteens are rugged but prone to the growth of mold and bacteria. Borrowing from the developing recreational outdoor culture and commercial industry, it became common for military folks to begin carrying Nalgene bottles. Nalgene bottles were rugged, lightweight, and much easier to clean. This was a great advantage when preparing a beverage base (the MRE nomenclature for a powdered drink mix). Making a drink mix in the old green canteen was a sure recipe for consuming mildew. In the last few years the Nalgene bottle gave way to the Hydro Flask. The Hydro Flask is a vacuum insulated, stainless steel water bottle that prevents condensation. It is excellent at temperature retention, and can hold hot or cold beverages. Additionally, the metallic properties all but eliminate the risk of mold, except for occasional maintenance of the silicone washer in the lid. The Hydro Flask is heavy, but so long as you aren’t conducting foot patrols for hours on end, it is quite an improvement.

Very few service members dive as part of their military occupational specialty, but the wear of dive watches is extremely common. A dive watch allows a diver to monitor how much time has been spent underwater, which aids in determining how much air they should have left in their tank. The dive watch not only tells time both on land and underwater, but it can withstand direct sunlight and humidity, making it the ideal watch for most climates. Durability and construction are the two most important features. These may be practical explanations why a dive watch is a solid piece of equipment for service member, but more often than naught it is simply because they are cool. Smart watches seem to have replaced the primacy of the dive watch with some. The ability to monitor fitness activities, GPS access, and text/email at your wrist is advantageous. Amongst the older (or nostalgic) crowd and with those who work in a secure (classified) space, the dive watch is still the preferred choice. It may not be necessary, but it’s badass.

Service members are sturdy professionals who keep the wolf at bay, while we sleep soundly in our homes at night. They are, however, susceptible to fads and trends like the average Joe. Some of these trends pass quickly while others become fused with martial culture. Fads initially gains a foothold in the spirit of making the individual more effective, more efficient, or more lethal. We may disagree with (or mock) the merits of the new craze, but we must concede that the individuals embracing them are attempting to better themselves in order to better serve us.