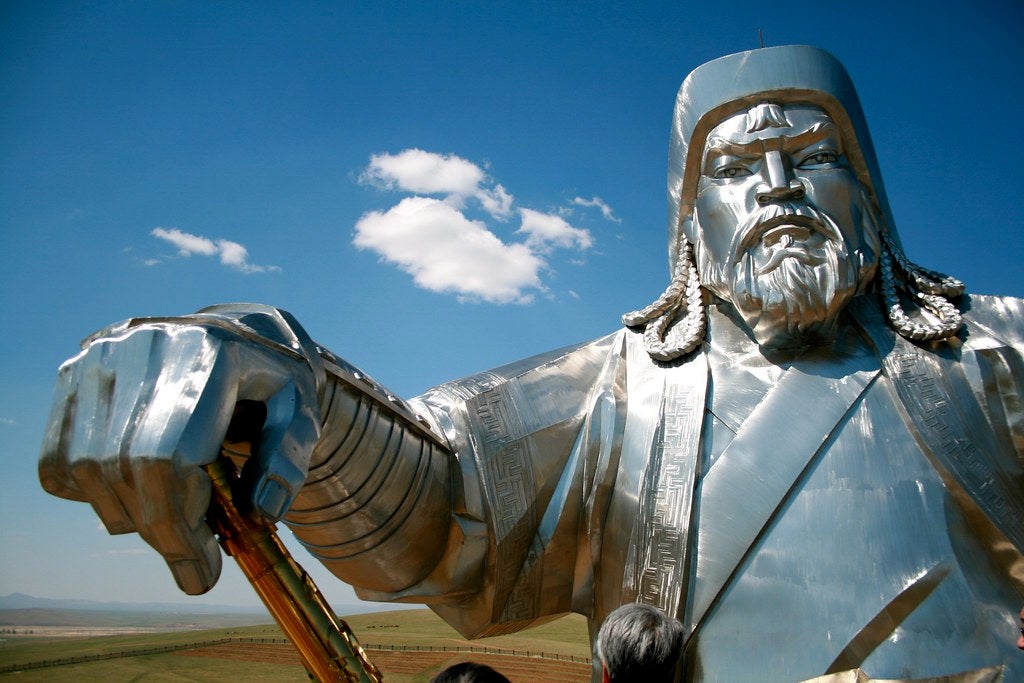 In reading the history books, one might come to believe the Mongol Empire under Genghis Khan was an unstoppable machine that rolled over everything and everyone in its path. Largely, they would be right to think so.

Until the Great Khan’s death in 1227, there weren’t a lot of things that would give the Mongol Hordes any kind of pause, and a killer hangover would usually top the list. By the time Khan died, he ruled an empire that spanned from the Pacific Ocean to the Caspian Sea in the west.

There was a military leader that the Mongols did not want to fight, and it comes from an unlikely and less often remembered place. He was Jalal ad Din Mingburnu, the last ruler of the Khwarezmian Empire.

Khan conquered two-thirds of what is today China and after their defeat, sent a caravan of traders into the Khwarezmian Empire, in modern-day Turkey, Iran, Armenia, and Azerbaijan. The Mongols were looking to establish trade relations. Khan had no desire to actually invade the empire. But the caravan was attacked and looted by a local governor before it could reach its destination. The governor refused to pay restitution for the caravan.

Still, unlike the Khan of the history books, the Mongols sent three emissaries to resolve the situation diplomatically. Shah Ala ad-Din Muhammad, ruler of the Khwarazmian Empire, had them put to death, along with the survivors of the caravan.

This is where the old Genghis Khan you read about shows up. He assembled the largest Mongol Army ever created, a force of 100,000 men to reduce the Shah’s empire to rubble. And that’s pretty much what happened. The Mongols leveled all the major cities and tried to destroy any historical mentions of the Khwarezmian Empire.

The Shah and his sons escaped to the Caspian Sea, where he named his son, Jalal ad Din Mingburunu, as his successor to what was left of the empire. It was Jalal ad-Din who was eventually able to defeat the Mongols.

Khan, now in his 60s, warned his sons Jochi, Jebe, and Tolui not to mess up when fighting Jalal ad-Din. The young ruler was everything the Great Khan feared he would be.

Now in command of the Khwarazmian army, Jalal ad-Din made his way to the former capital at Samarkand. Along the way, he encountered a Mongol cavalry with just his 300-man bodyguard to fight them. The young ruler, only 21 years old, handed the Mongols their first defeat.

He gathered what was left of the army at the old capital and made his way to Nesa, where he relieved the city of a Mongol siege and headed to the new capital at Ghazni, where he defeated the Mongols once more.

Jalal ad-Din’s general soon got into a scuffle about how to divide the spoils of war and the divide led to 30,000 men abandoning the young king. Khan, now in awe of the young man’s ability, heard about the split and decided it would be the only chance he had to defeat the Khwarazmian. He assembled a force that would overwhelm what was left of the Khwarazmian army.

At the 1221 Battle of Indus, Jalal ad-Din was on his way to exile in India, but Khan caught up to him as he was fording the river. The Khwarazmians stood to fight, but were simply overwhelmed. Jalal was forced to swim across the Indus River to escape alive.

He spent three years in India but soon returned at the head of another army. Jalal ad-Din spent the rest of his life harassing the Mongol forces but was never able to re-establish his empire.