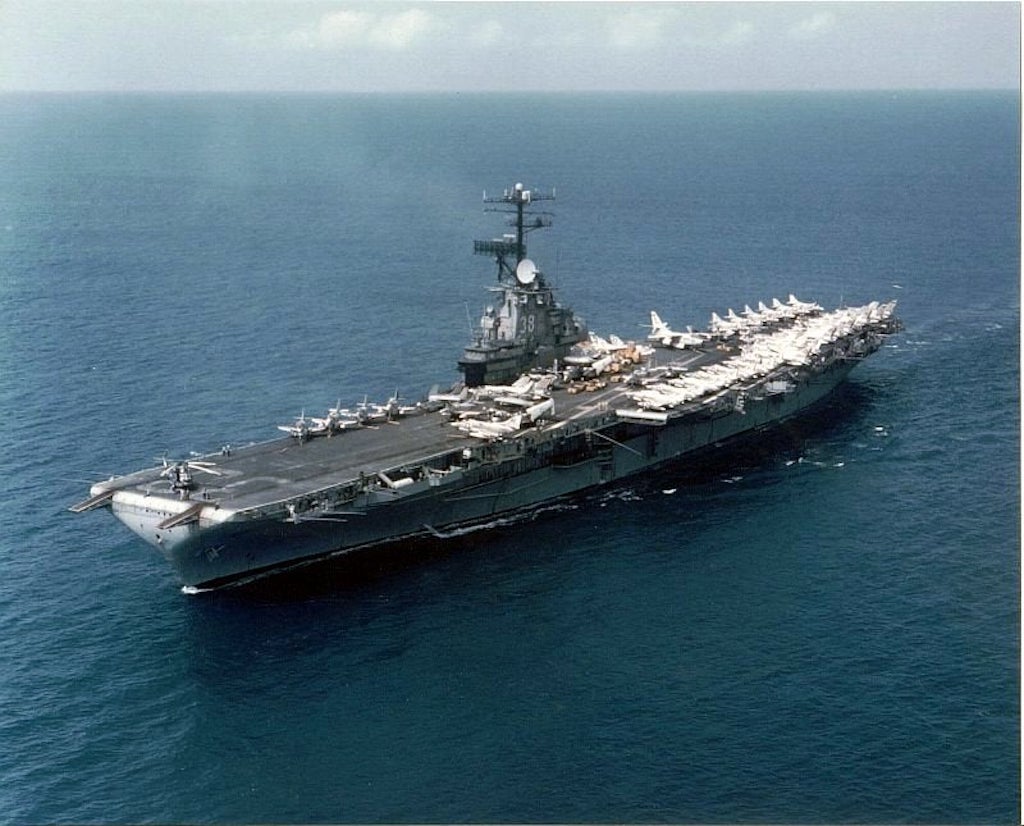 Unlike Essex or Ticonderoga, Shangri-La is a fictional place. First referenced in the 1933 novel Lost Horizon by James Hilton, Shangri-La is described as a mystical and harmonious valley in the western end of the Kunlun Mountains. Based on the Tibetan myth of Shambala, it has since become synonymous with a paradise on earth hidden away in the Himalayas. Why then, was a U.S. Navy aircraft carrier named after Shangri-La? The answer is traced back to President Franklin D. Roosevelt and the Doolittle Raid.

Led by Lt. Col. James Doolittle, the 1942 Doolittle Raid was America’s first strike against the Japanese mainland and retaliation for the attack on Pearl Harbor. With no land bases within range of Japan, the raid’s B-25 Mitchell bombers were launched from the aircraft carrier USS Hornet (CV-8). Although the raid caused minimal physical damage to Tokyo, it was a huge psychological victory for the United States against Japan.

Naturally, the American media wanted to know the details of the daring raid. However, needing to maintain an element of secrecy, President Roosevelt couldn’t admit that the bombers took off from a carrier. Instead, when asked by reporters, Roosevelt said that the raid was launched from somewhere in Shangri-La.

USS Shangri-La was launched on February 24, 1944 commissioned on September 15 that year. The ship’s unusual name pays tribute to the Doolittle Raid through FDR’s secretive statement and to the USS Hornet that actually launched the raid and was later sunk. In fact, the Shangri-La was sponsored by Mrs. James H. Doolittle (née Josephine Daniels), the wife of the raid’s leader. The carrier earned two battle stars during WWII and earned three more during the Vietnam War. In 1971, USS Shangri-La was decommissioned and ultimately sold for scrap.