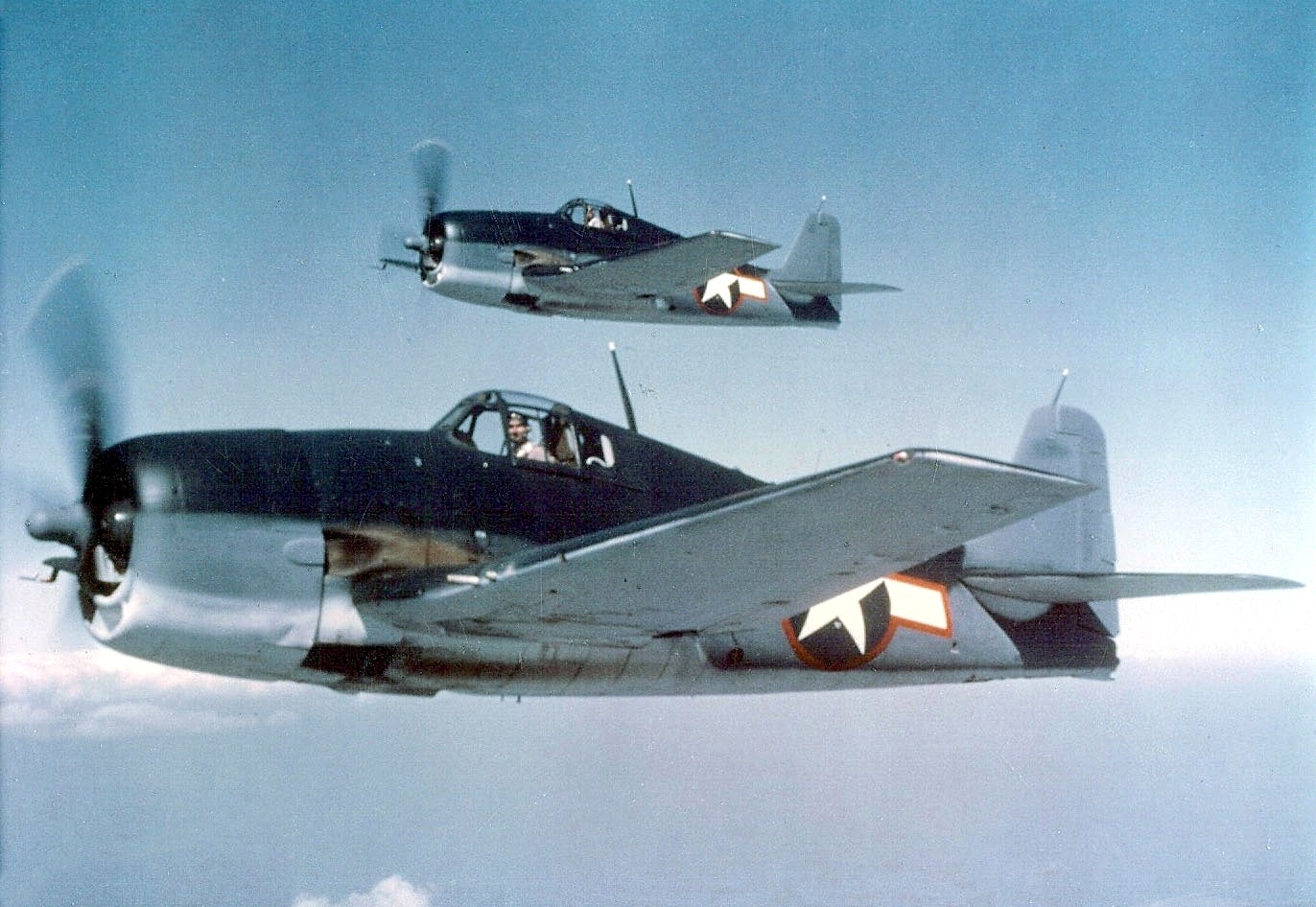 Lieutenant Edward “Butch” O’Hare’s Grumman F4F Wildcat fighter carried about 30-40 seconds worth of ammunition. He was one of two Wildcats held in reserve as the rest of his squadron attacked a formation of Japanese bombers coming for the carrier USS Lexington.

As the fighting in the Pacific raged on that day above the Lexington, radar screens picked up another formation coming for the carrier from the other end of the battlefield. Nine enemy bombers were on approach so, Butch O’Hare and his wingman made a beeline for the enemy.

When Thatch’s guns jammed, that left O’Hare as the sole fighter to take on a nine bomber formation. He would take down five of them and earn the Medal of Honor.

The USS Lexington was part of a task force on its way to raid the Japanese-held island of Rabaul on Fed. 20, 1942. The carrier launched its planes when it started picking up Japanese seaplanes on its radar screens. The naval aviators were soon fully engaged fighting bombers on their way to sink the Lexington.

The first formation to appear were nine Mitsubishi G4M Betty Bombers, which the Americans quickly took on. As they pursued their quarry, Lt. O’Hare and Lt. Marion Dufilho held back with the carrier in case any other threats should appear. They didn’t have to wait long. Less than an hour after the first wave, another nine-plane formation appeared on the other side of the carrier.

Only Dufilho and O’Hare could engage the newcomers, and that’s exactly what they did. But Dufilho’s guns jammed. In an age before missiles, it made his presence useless in the defense of the ship. O’Hare would go in alone.

Dropping in on the bombers from 1,500 feet above their formation, O’Hare came in guns blazing, even though he only had precious few seconds of ammunition. He started in on the formation’s right flank, taking two out immediately, but temporarily. He next came in on its left side, forcing one to abort his bombing run and shooting down another.

For his third pass, he hit the left side again, permanently taking down three more, including the enemy’s lead plane. On his fourth pass, the first two that had dropped out rejoined the formation and now O’Hare was out of ammunition. Four bombers were still on their way to the Lexington.

The four remaining Japanese Mitsubishi bombers dropped their ordnance, but luckily for the Americans, they all missed. Only two of them were able to return to base, the rest were destroyed, shot down or lost. O’Hare’s Wildcat had only one bullet hole in it.

Only two U.S. Navy planes were lost that day and the Lexington successfully participated in the raid Rabaul. O’Hare became the first U.S. Navy flying ace of World War II and the first naval aviator to receive the Medal of Honor.

O’Hare briefly trained new naval aviators in Hawaii before returning to combat duty in 1943. He would go on to earn the Navy Cross, two Distinguished Flying Crosses and a Purple Heart. But disaster struck during another Navy first.

O’Hare led the Navy’s first fighter attack launched from a carrier at night. He was shot down fighting the Japanese at night and his plane was never found. In 1949, Chicago’s main international passenger airport was named in his honor.