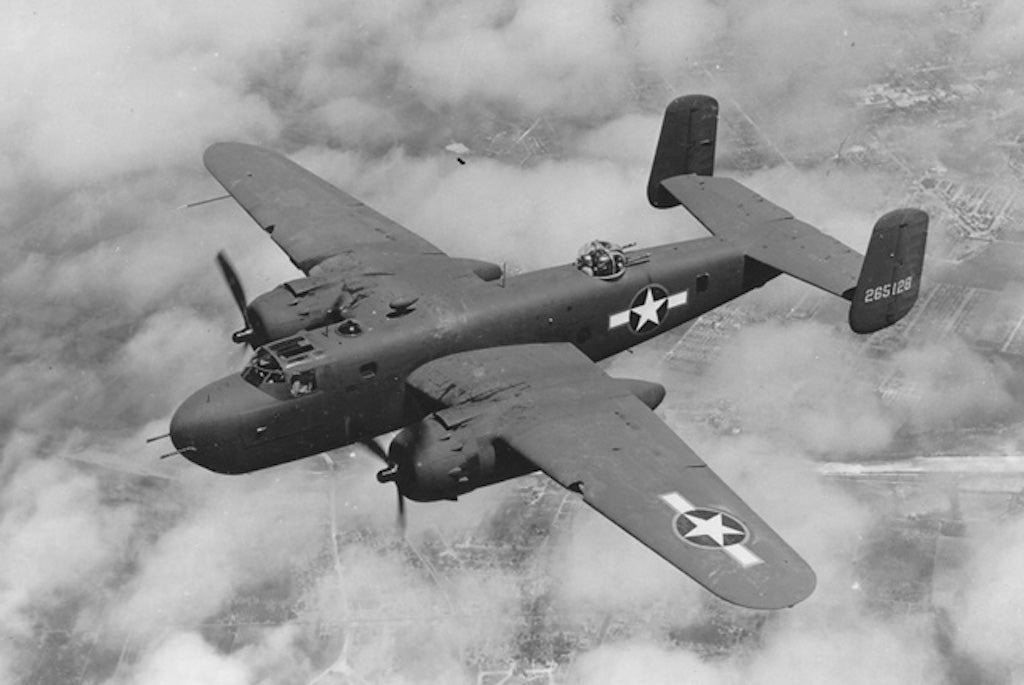 Everyone who enjoys a drink has probably done something they regret while enjoying too many drinks. One of Army Air Corps veteran Malcolm McCrady’s overindulgences landed him in the local newspaper, which turned out to be a good thing – not much else is known about him or his life.

After being a lifelong alcohol drinker – almost literally lifelong – McCrady stole a U.S. Air Force bomber from the flightline one night, and flew it across state lines. The strangest part was that he had zero experience in the cockpit.

McCrady was a World War II-era Army veteran who had a troubled upbringing. His father would take him to the bars around their local area, and feed him hard liquor until he was drunk. The elder McCrady was eventually confined to a sanitarium away from his family as he struggled with tuberculosis.

Eventually, the McCradys lost their home due to the McCrady patriarch’s inability to work (young Malcolm grew up during the Great Depression), and the family scattered around to the four winds. By the time he was in eighth grade, Malcolm’s brother Norbert was living in a one-bedroom apartment and driving a milk truck. Malcolm was on his own.

Times were definitely different way back then.

In 1938, Malcolm McCrady was recruited into the Army Air Corps, saving him from his life of destitution and loneliness. He wanted to become a fighter pilot, but it wasn’t to be. McCrady was colorblind, so he spent his Air Corps career during World War II stateside as an engine crew chief. When the war ended, so did McCrady’s military career.

By 1947, MCrady was nearly 30 and despite his expertise with aircraft engines, had trouble finding steady work. He was quickly becoming an alcoholic, allowing the drink to ruin his relationships and torpedo his job opportunities. He eventually put the sauce down and reenlisted in the then-new United States Air Force.

McCrady was only able to put off drinking for so long after quitting cold turkey. He picked up the bottle once again, despite being the crew chief for a prominent major general. It might even have been his status with the general that led to his falling off the wagon. The crew for generals’ aircraft got many of the same perks as their general-grade pilots: fine food, cigars, and booze.

On April 4, 1948, McCrady and his crew flew from Texas  to Wright-Patterson Air Field in Ohio, where they were put in charge of refueling and refitting the general’s B-23 Bomber while he conducted his business on base and in the local area. While waiting in line for his refuel, McCrady suddenly felt very homesick. The plane still had much of its fuel left.

Malcolm McCrady picked up a flask of Old Granddad Whiskey that was aboard the bomber and began to take hearty slugs of the stuff. Before long, the whole bottle was gone. McCrady pulled the plane onto the taxiway and took off over the protests of air traffic control.

Using the road system and a compass as a guide, McCrady flew the plane all the way back home to Owatonna, Minnesota. He flew low and used town names on water towers to orient himself along the way. Somehow, he managed to land the aircraft on Owatonna Field’s grass runway without any damage to the plane or to himself.

Upon landing, he was arrested and sentenced to hard time at the Fort Leavenworth Disciplinary Barrack in Kansas for 2.5 years. He was then dishonorably discharged. For the rest of his life, he worked a series of construction jobs and died of cancer 29 years after stealing the B-25.

The only thing his close family members have to remember him by is old newspaper clippings about the flight that got him kicked out of the Air Force.