Today in military history: Halsey named commander of the South Pacific - We Are The Mighty 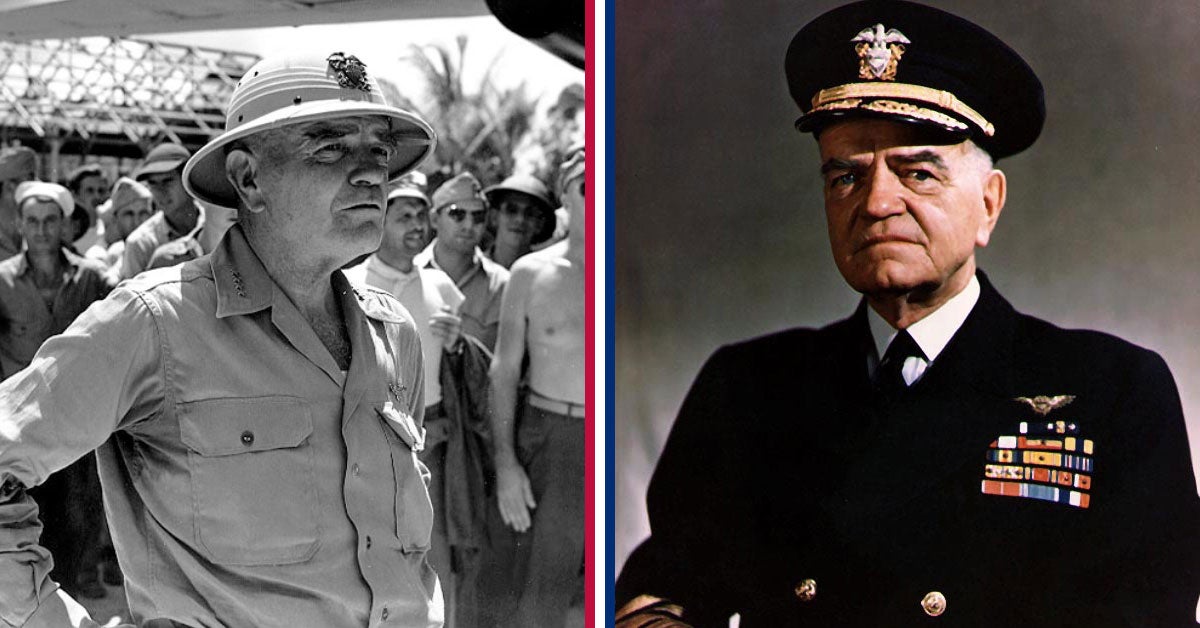 Beginning his military career during World War I, Halsey — nicknamed “Bull” — was promoted to vice admiral just before World War II broke out. Halsey was a tough and direct man. And in Nov. 1941, he was given a top-secret mission to ferry 12 Marine F4F Hellcats to Wake Island under the cover of an exercise. Wake Island is closer to Japan than Hawaii, and Washington didn’t want Japan to know the Marines were being reinforced.

The mission was vital, but also dangerous. Halsey knew that Japan was considering war with the U.S., and he knew that Japan had a long history of beginning conflicts with sneak attacks. He was so certain that a war with Japan was coming, that he ordered his task force split into two pieces. The slower ships, including his three battleships, were sent to conduct the naval exercise while the second unit were ordered to fire on any Japanese ships in sight.

Equipped, prepared, and looking for a war, Halsey and his men sailed until they got within range of Wake Island on Dec. 4, dispatched the Marines, and then headed for home. Halsey’s ships were due to return to Pearl Harbor on Dec. 6, but a fluke accident kept them at sea — and alive.

A destroyer had split a seam in rough seas, delaying the task force arrival until, at best, 0730 on Dec. 7. A further delay during refueling pushed the timeline further right to noon.

Because of that single, slightly odd occurrence, 13 fewer ships, including one of America’s most valuable carriers, were present when the Japanese attack began.

After Pearl Harbor, Halsey was postured to launch counterstrikes against the Japanese navy in the Pacific. In 1942, it was his task force that carried the B-25 bombers for Jimmy Doolittle’s raid against Tokyo, and in a short time he earned a reputation as an aggressive commander.

Halsey was promoted to full admiral after he helped capture the Solomon Islands and New Guineas — and his forces continued to decimate the Japanese until their final surrender in 1945 aboard the deck of his flagship, the USS Missouri.