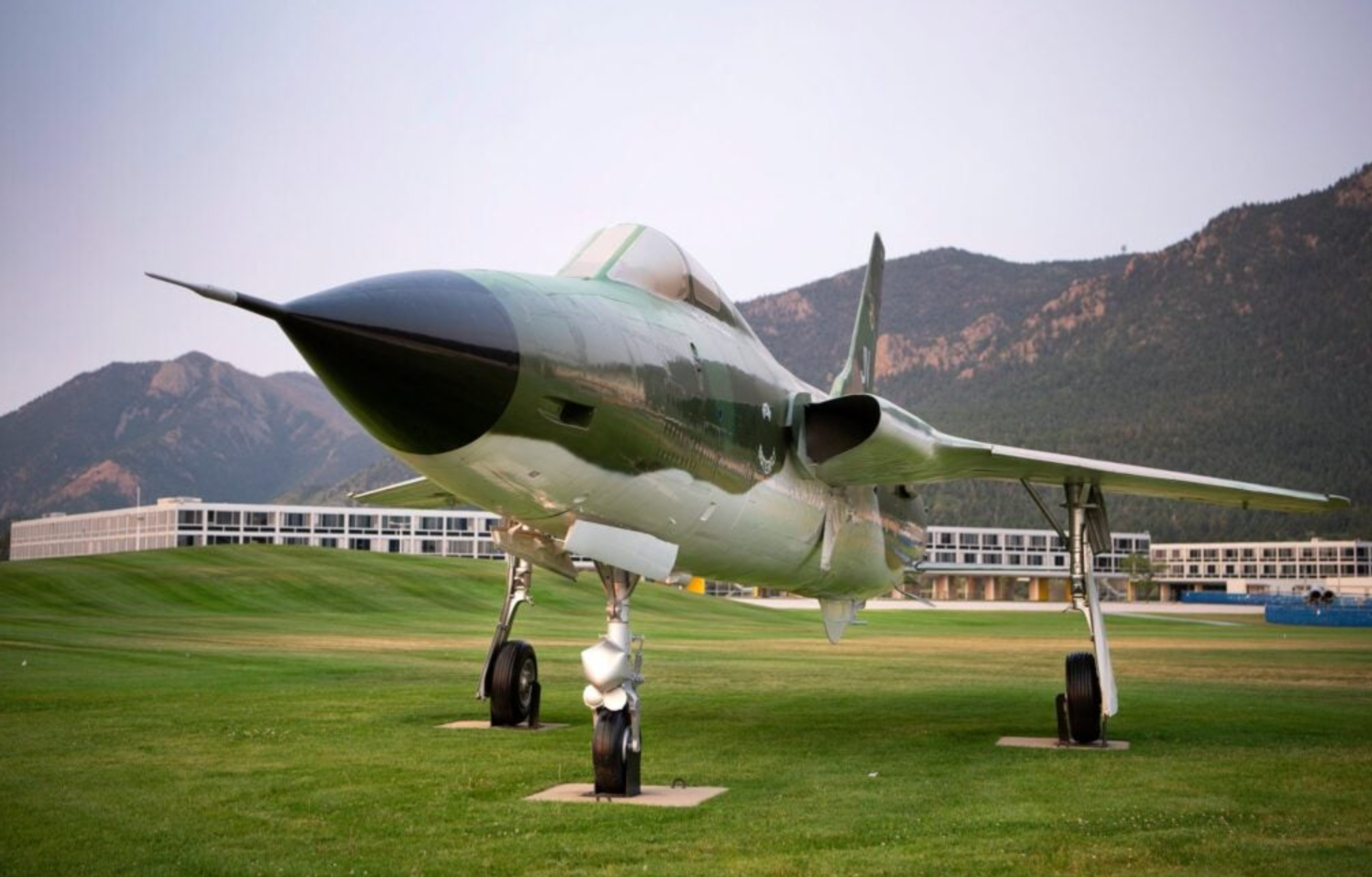 Amongst the military branches, the Air Force is butt of many jokes (although the Space Force is coming into its own). However, no one can deny the service’s immense air power and dominance of the skies. A demonstration of this capability resulted in one of the most intense dedication ceremonies in U.S. military history.

In 1968, the Vietnam War was in full swing. Graduates of the United States Air Force Academy, founded just 14 years prior, could expect to be sent to Southeast Asia and fly the deadly skies over Vietnam, like many of their classmates before them. To honor Academy alumni who had served in Vietnam, an F-105 Thunderchief was placed on static display that year.

The display aircraft was made up of parts from ten different F-105s that had served in Vietnam. It was dedicated in a ceremony on May 31, 1968, the first day of graduation week for the class of ’68. The ceremony included Academy Superintendent then-Lt. Gen. Thomas S. Moorman, Jr., former F-105 wing commander Maj. Gen. George Simler, and Republic Aviation executive Donald Strait. In attendance was the entire cadet wing along with members of the press to cover the event.

Of course, it wouldn’t be an Air Force ceremony without a flyover. Since the display aircraft was an F-105, a flight of four Thunderchiefs from nearby McConnell Air Force Base, Kansas would close out the ceremony. The formation would fly over the crowd at 1,000 feet before descending to 250 feet for individual passes. As the F-105s flew overhead, the powerful sound of their engines motivated many cadets to yell and whistle in excitement. The break in military discipline was allowed by the cadre for the sake of motivation. However, the cadets were about to get an even more impressive display from flight leader Lt. Col. James “Black Matt” Matthews.

Following the formation flyover, Matthews reportedly descended below 100 feet and accelerated to Mach 1. As the supersonic F-105 screamed overhead, the resulting sonic boom hit the crowd hard. After the shock wore off, some cadets resumed their clapping and cheering. However, their celebration was interrupted by the sound of windows breaking. Ambulances soon arrived, highlighting the seriousness of what happened.

Following the low supersonic flyover, 15 people had to be treated for injuries caused by broken glass. One officer was reportedly hospitalized for several weeks. The Academy’s dining hall, which featured a floor-to-ceiling glass wall, was completely covered in broken glass. General Moorman was understandably furious and Matthews was grounded following the incident. Although a subsequent investigation revealed no issues with the aircraft, a rumor persisted that Matthews’ airspeed indicator had a glitch during the flyover.

Despite breaking numerous rules and regulations and enraging multiple high-ranking officers, Matthews was ultimately returned to flight status. The war still needed to be fought and the Air Force needed every trained pilot it had. However, some argue that the incident was a powerful motivator. “In one split second, a 30-year Air Force career was born,” wrote Air Force veteran Scott Sonnenberg about the incident. “I don’t know how many other cadets were similarly affected, but all those windows broken may have been one of the best investments the Air Force has made in recruitment and retention.”