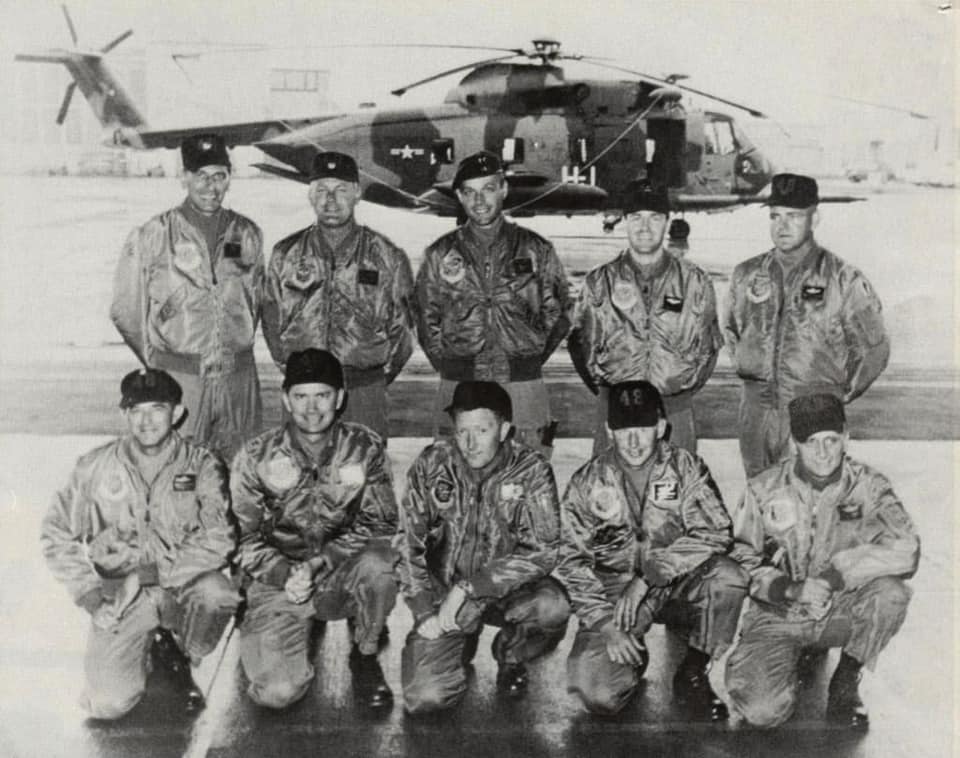 At 0105 hours on May 31, 1967, two Sikorsky HH-3E Jolly Green Giant helicopters took off from Floyd Bennett Field, New York. Serial numbers 66-13280 and 66-13281, the two helos were crewed by airmen of the 48th Aerospace Rescue and Recovery Squadron. Their mission: to make the first non-stop transatlantic helicopter flight.

Majors Herbert Zehnder and Donald B. Murras commanded the two HH-3Es and each aircraft had a crew of five. The 4,271-mile flight took 30 hours and 46 minutes. To perform the non-stop flight, the helos had to perform nine in-flight refuelings. During the flight, Zehnder set an FAI World Record for Speed Over a Recognized Course for helicopters with an average speed of 118.3 mph (189.395 kph). His record still stands to this day. At 1351 hours on June 1, both helicopters landed safely at the Paris Air Show at Le Bourget, France.

Despite their accomplishment, both HH-3Es remained in active Air Force service. They were reassigned to the 37th Air Rescue and Recovery Squadron. Both aircraft were lost in combat during the Vietnam War. 66-13281 was shot down over Laos on October 24, 1969. The pararescueman, Tech. Sgt. Donald G. Smith, was awarded the Air Force Cross for successfully rescuing the downed pilot of “Misty 11.” All airmen were recovered and the HH-3E was destroyed to prevent its capture. 66-13280 crashed at Kontum on April 15, 1970. Pilot Capt. Travis H. Scott Jr. was killed and flight engineer Gerald E. Hartzel later died of his wounds. Co-pilot Maj. Travis Wofford rescued the surviving crew members from the burning aircraft. Both he and Scott were awarded the Air Force Cross.

Zehnder went on to volunteer to fly during the Son Tay Prison Camp raid. During the Special Forces operation, the raiders came under heavy anti-aircraft fire as they flew in. Although Zehnder skillfully evaded the enemy fire, he knew that the prison guards may have been alerted to the raiders’ approach. To speed up the insertion, he intentionally crash-landed his helicopter inside the camp in an area too small for a safe landing. Zehnder then assisted the assault group in the ground mission. He was awarded the Silver Star for his actions.

The achievement of the Jolly Green Giants and the airmen who crewed them is an incredible feat. Their historic flight displayed the versatility and endurance of the helicopter. Incredibly, the first helicopter flight was made just 28 years prior by Igor Sikorsky himself.