This Superfortress completed the first nonstop flight around the world 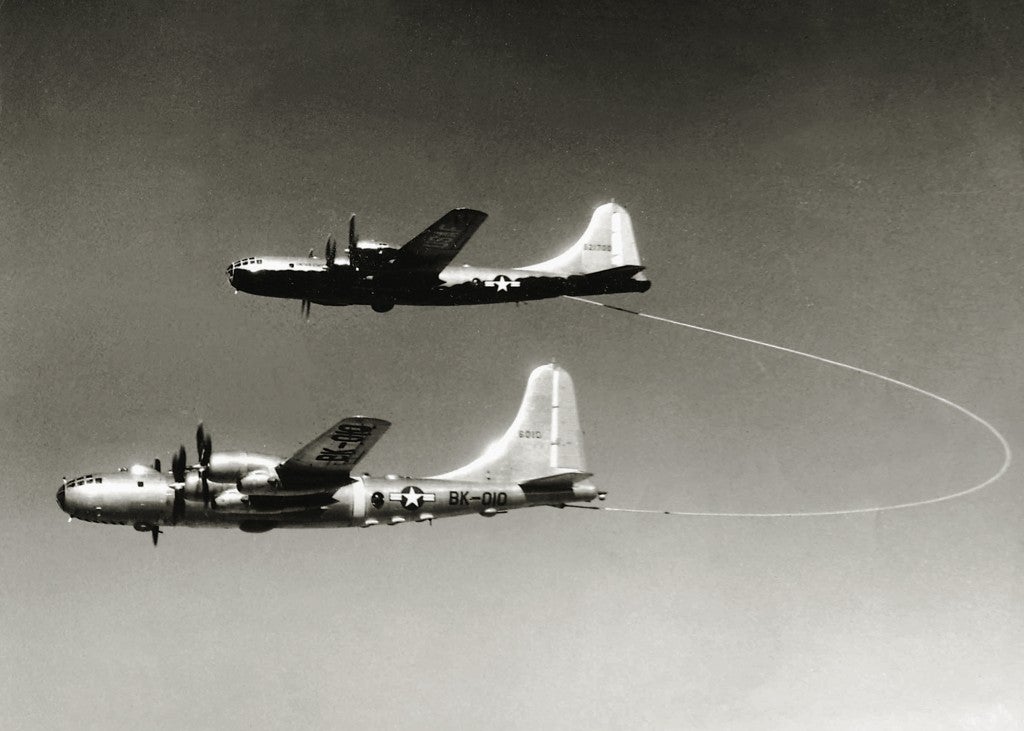 After WWII, the National Security Act of 1947 created the United States Air Force as an independent military branch. The new service carried over its aircraft from the Army Air Forces including the venerable B-29 Superfortress. Another post-war revision, the B-29 was fitted with more powerful engines and a stronger structure among other improvements to create the B-50 Superfortress. Also created in 1947, the B-50 would make its mark on history just two years later.

Lucky Lady II was the name of B-50 serial number 46-0010 assigned to the 43rd Bombardment Group. It was given the mission of attempting a nonstop flight around the world. Since the objective was to set a record, not bomb targets, Lucky Lady II had an extra fuel tank added in its bomb bay. It was also crewed by a double crew with three pilots. Under the command of Capt. James Gallagher, the crews would work in shifts of four to six hours.

With 14 airmen aboard, Lucky Lady II took off from Carswell Air Force Base near Fort Worth, Texas at 12:21 p.m. on February 26, 1949. Of course, the biggest challenge with a nonstop circumnavigation is aerial refueling. While this is commonplace today, a mid-air refueling was a very new maneuver in 1949.

To provide Lucky Lady II with the fuel needed for the record-setting flight, the Air Force relied on the KB-29M Superfortress. Also developed from the B-29 bomber, the KB-29M was designed to support the global mission of Strategic Air Command. Using a grappled-line looped-hose, KB-29Ms refueled Lucky Lady II four times during the flight: over the Azores, Saudi Arabia, the Philippines, and Hawaii.

After flying 23,452 miles, Lucky Lady II flew back over the control tower at Carswell at 10:22 a.m. on March 2. This marked the completion of the first nonstop flight around the world; total flight time was 94 hours and 1 minute. The B-50 flew at altitudes between 10,000 and 20,000 feet. Over the course of the flight, it averaged a ground speed of 249 mph.

The historic flight also validated mid-air refueling. LeMay noted that the concept could be applied to fighter planes and Symington said that aerial refueling would “turn medium bombers into inter-continental bombers.” All 14 crew members were awarded the Distinguished Flying Cross. Additionally, they were honored by the National Aeronautic Association with its annual Mackay Trophy and by the Air Force Association with its Air Age Trophy.

Unfortunately, Lucky Lady II later suffered an accident. The historic aircraft was badly damaged and only the fuselage could be preserved. Today it is on display at the Planes of Fame Museum in Chino, California.