This WWII program was more expensive than the Manhattan Project 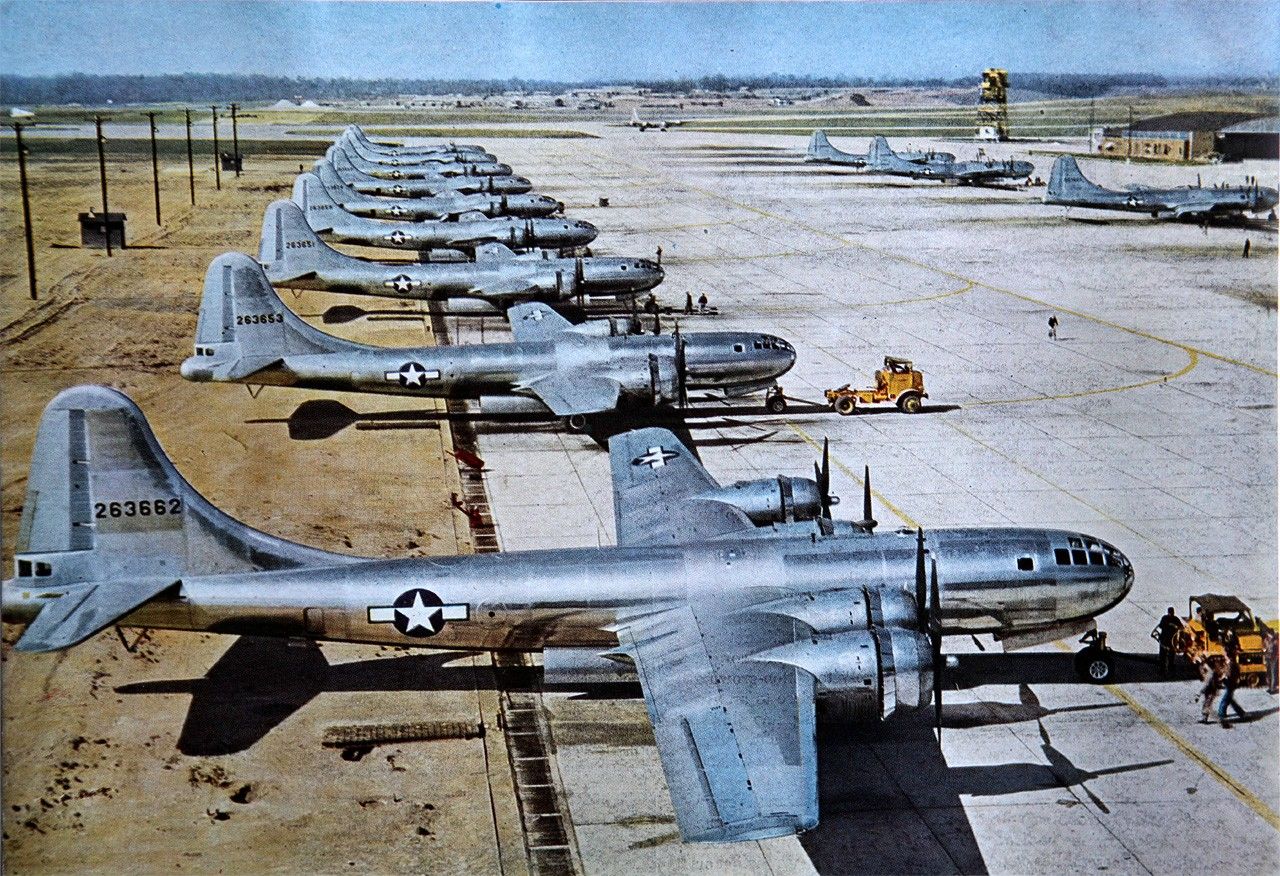 Since 1937, China had been fighting the Japanese largely on its own. By 1943, President Roosevelt feared that China would pull out of the war amidst mounting losses and free up a large portion of Japan’s military to refocus its efforts against the U.S. At the Cairo Conference in November 1943, Roosevelt pledged his support to Chinese General Chiang Kai-shek and his fight against the Japanese. Roosevelt committed America’s newest bomber, the Boeing B-29 Superfortress, to bomb Japan from bases in China and India by the spring of 1944.

When Roosevelt made his promise to the Chinese, less than 100 B-29s had been built, and only 15% of them were actually flyable. The revolutionary long-distance high-altitude bomber was incredibly complex and required extensive testing and evaluation to make it combatworthy. Moreover, wartime pressure and Roosevelt’s promise only further strained the bomber’s development.

Additionally, the sophisticated aircraft needed highly trained crewmembers to fly it. By the time of the Cairo Conference, less than 75 pilots were checked out in the B-29 and very few aircrews were fully trained and certified on it. Workers also had to be trained on how to build the B-29. With its pressurized cabin, central fire-control system, and four massive 18-cylinder 2,200 horsepower engines, among other complexities, the B-29 was not an easy plane to build. Initially, over 150,000 man-hours were needed to build one aircraft.

The B-29 was needed to fulfill Roosevelt’s promise because it exceeded the range of America’s existing B-17 Flying Fortress. While a capable bomber in its own right, the B-17 just didn’t have the legs for a roundtrip bombing run to the Japanese mainland. It was also incapable of carrying and delivering the atomic bomb being developed by the Manhattan Project. Only the B-29 could deploy the nuclear weapons in development.

So, hurried development of the B-29 was pressed on with little regard for cost, monetary or labor wise. Though B-29s and their components were assembled across the country from Washington to Georgia, the majority of B-29 work was done at Boeing’s plants in Wichita, Kansas. With production so rushed, much of the assembly line was located outdoors. The workforce battled heavy snowfall and negative temperatures during the winter of 1943-1944 to keep B-29s flowing into the hands of aircrews. On some days, workers could only operate in 20 minute stretches before they had to retreat to the warmth of one of the gasoline heaters laid out on the flight line.

Despite the best efforts of everyone involved, Roosevelt’s promise was not met, though he determined that it was close enough. The first 130 B-29s made the 11,500-mile journey from the U.S. to airbases in China and India by May 8, 1944. On June 15, 68 B-29s took off for the first bombing of the Japanese mainland since the Doolittle Raid of 1942. Unfortunately, the mission failed to hit its target and resulted in the loss of six aircraft. This was a huge blow to the B-29 program which cost the American taxpayer $3 billion, or just over $44.5 billion in 2021. Furthermore, the remote bases in China and India could only be resupplied by air which was risky and limited in capacity.

In January 1945, General Henry “Hap” Arnold placed General Curtiss LeMay in charge of operations against Japan. LeMay switched the B-29’s tactics from high-altitude precision bombing, which was largely ineffective, to low-level firebombings. These proved to be deadly against Japan since its cities were made largely of wood. Moreover, the capture of the Marianas gave the U.S. a base from which to launch B-29s with easier and more consistent supply access by ship. With the delivery of two atomic bombs on August 6 and 9, the B-29 proved its worth as a strategic bomber. Under LeMay’s leadership, the aircraft’s image changed from over-budget governmental waste to a symbol of American airpower in the nuclear age.