A WWI Hungarian soldier turned out to be a serial killer 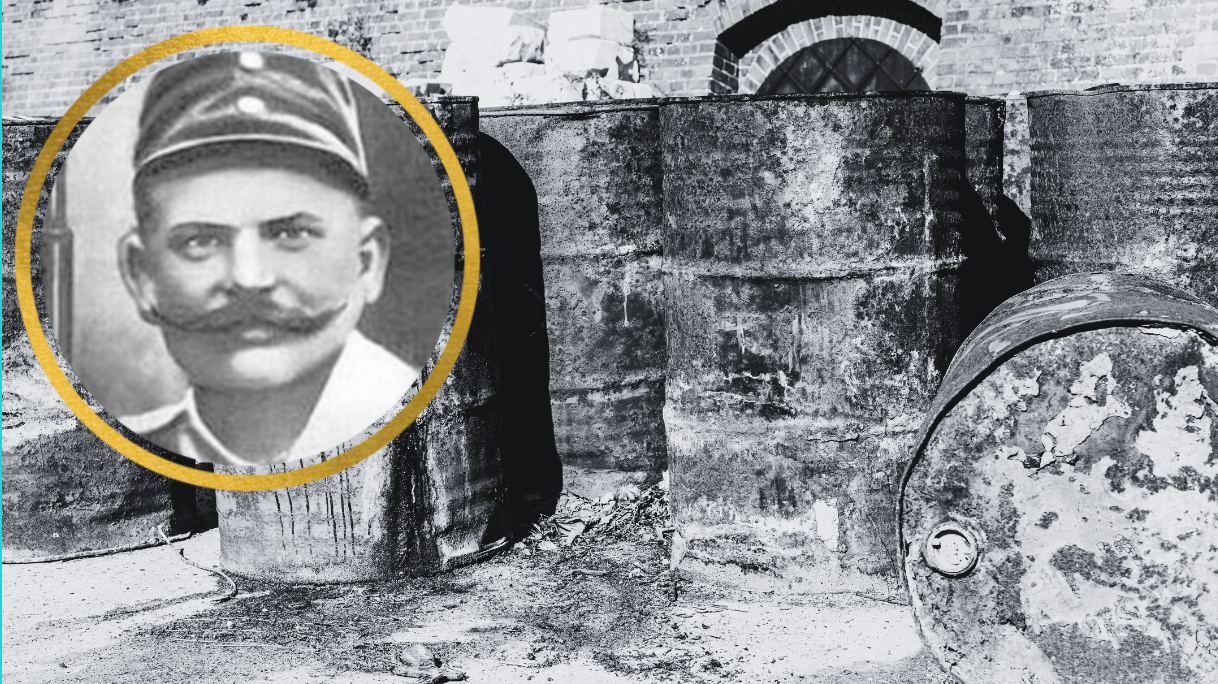 Imagine being a landlord, finding out your tenant was missing, and then walking into a house of horrors when cleaning out their space. That’s exactly what happened during World War I in Hungary. An unsuspecting landlord found out his tenant had gone MIA. Rather than finding normal personal belongings within the home, he found preserved bodies, all women who had been reported missing in months before.

At least, that’s one way the story is told.

Another is that the enlisted soldier, Bela Kiss, was known for stockpiling gasoline in preparation for war rations. While he was away at war, his gasoline was needed and confiscated by said landlord. However, rather than fuel, they found foul odors and blood-less bodies — essentially pickled human remains. In all, 24 metal drums had been sealed in a vat of alcohol. Each victim was strangled, had puncture marks on their necks and were void of blood, leaving authorities to believe he was an aspiring vampire.

The victims were almost all female, with one male body.

Kiss was conscripted (drafted) to the Hungarian Army in 1914. While away, he left his home in the care of his cleaning lady; he also willed her his money. Unfortunately for her, this led police to believe she was involved. However, she showed them around the property, including a locked room that she wasn’t allowed to enter. Inside the room were countless books on strangulation and poisoning. There were also letters from more than 74 women that Kiss was manipulating. Long before “catfishing” was a term, he would put out false marriage requests in the paper and try and woo the women out of their money through letters. He also pretended to be a matrimonial agent or a fortune teller to lure a larger audience of women. He stole money from as many women as he could, but only invited those without family ties to visit. Those women would unfortunately become his victims. Many of the women were reported missing but ultimately never found, until Kiss’s drums were opened.

Upon the discovery of Kiss’s killings, the Army sent for his arrest. However, he was able to evade arrest for several years. It’s thought that he swapped identities with a deceased soldier. Several sightings were reported in the next several years, but ultimately, he was never caught.

The last official sighting of Kiss took place in 1932 in New York City, when he was spotted by homicide detective, Henry Oswald. Oswald saw Kiss coming off of a Subway train, but was unable to reach him. They later found that he was working as a janitor, but when they had gone to search for him, he was gone.

His fate still remains unknown to this day.