This is what was so revolutionary of the HMS Dreadnought 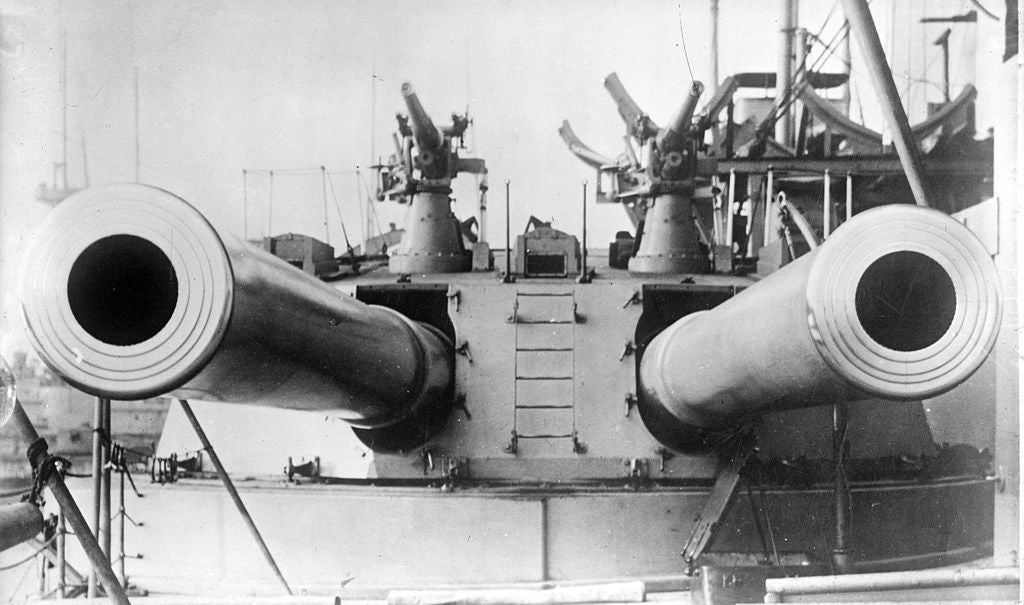 Turret with twin 12-inch Mk X guns. Two 12-pounder guns are mounted on the roof for defence against torpedo boats.

The show-stopping pinnacle of battleship that King Edward VII and his ministers had launched on February 10, 1906, was what the world subsequently recognized as the epitome of British technology. King Edward revealed HMS Dreadnought, the most updated Royal Navy warship which became a captivating piece of unique technology and a massive weapon of unexpected destructive power.

Britain was increasingly obsessed with the Navy during that time, and the Germans were already expanding their Navy even though Britain had the lead. Dreadnought, undoubtedly, became envy to many, especially the Germans.

Dreadnought was built in a year, while other nations took ages because their ship construction capability could not measure up to theirs. At the same time, it was known to have significantly changed naval warfare and was described as the most lethal fighting engine ever unveiled in world history.

John Fisher, also referred to as “Jackie,” became the First Sea Lord in October 1905, where he was, from an organizational point of view, a committed revolutionary. His vision of the Royal Navy circulated a new battleship that would have the armament and speed to destroy any likely enemy. Fisher ventured on a new blueprint for a battleship referred to as the Dreadnought, which meant “fear nothing.”

Dreadnought was the original machine to combine various technologies evolving over many years. Its most outstanding feature was the firepower as it was a huge-gun battleship consisting of ten 12-inch guns. Every gun could fire half-ton shells filled with a powerful explosive that could quickly destroy an enemy at the proximity of ten miles. Still, such significant distances resulted in such problems as directing and controlling fire.

Dreadnought was among the original ships tailored with new gear to electrically convey data to the gun turrets. It was an absolute disaster for those on the receiving end of this machine since potential opponents would also have challenges beating her. New steam turbine engines provided the mighty machine with a high speed of at least 25mph.

It was created to be more reliable than the other ships to withstand and maintain a higher speed for an extended period. Certainly, Dreadnought portrayed the Royal Navy’s industrial and technical lead over the navies of nations such as the United States and Germany. However, on the other hand, it took every Navy back to square one because all previous battleships consisting of all those in the Royal Navy were recognized as outdated.

The HMS Dreadnought’s insurgence could be attributed to three primary reasons which significantly transformed naval warfare. Dreadnought was a big, essential, and risky innovation as it was the first battleship to run by turbines in the world. Also, the power-to-weight benefits of turbines grew to be one of the reasons it was likely to power the machine for at least twenty-one knots and still carry 10 12-inch guns.

Nevertheless, it was a brave step since turbines were a new technology not confirmed for huge ships. Additionally, they were less efficient in fuel than previous reciprocating engines. However, the hustle paid off eventually.

As an original piece of the new all-huge-gun ships at sea, it was constructed in fourteen months, proving to be a tremendous achievement where politically, construction speed was a great deal. Therefore, this signified that Dreadnought overtook the Japanese and American ships under development and blinded the Germans who were coming up as a potential threat.

Dreadnought was a realistic portrayal of how excellent Britain’s ship construction industry was. Notably, a coup comprising industrial-economic opposition usually authorized through naval construction was in full potential as a definition of national power.

Lastly, Fisher was an expert in formulating a public opinion and spread the idea of the new combat ship as a phenomenal weapon constructed rapidly. The Dreadnought achieved popular power when matters concerning the military, especially the equipment, were at the front of the public eye and further symbolized national security and governance.