Honorable Act at Sea Between WWII Enemies - We Are The Mighty 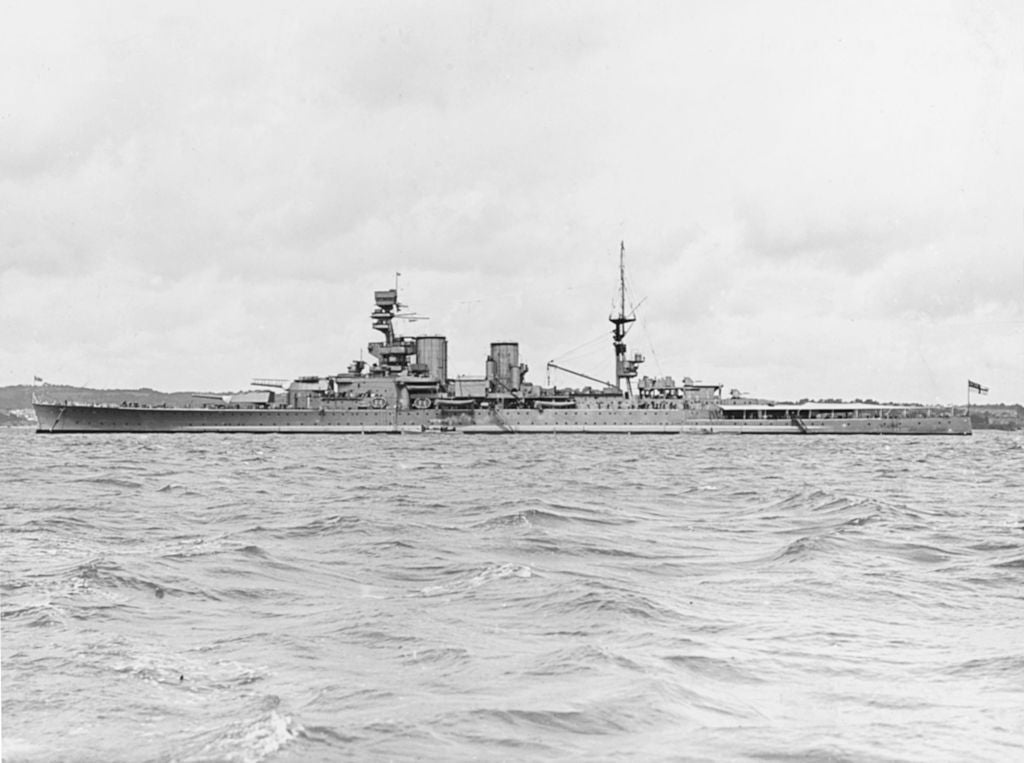 In April 1940, the HMS Glowworm was on escort duty in the North Sea with the HMS Renown during the German invasion of Norway during World War II. One day, a storm surge came in, making the seas rough and heavy causing one sailor to go overboard. Glowworm left Renown to look for its missing sailor, but came up empty handed.

On its way to catch up with the Renown, Glowworm encountered two German destroyers. Despite being outnumbered, the ship’s skipper, Capt. Broadmead Roope engaged the enemy vessels. In the fighting that followed, Glowworm’s tenacious fight forced the two destroyers to depart the area. Glowworm gave chase, only to run into the German heavy battle cruiser Admiral Hipper.

Capt. Roope wasn’t going to be cowed just because he was facing a bigger enemy. His crew was already cleared for action as the storm the Glowworm had just left began to roll into the area. He let the British fleet know he’d spotted the enemy and, in the tradition of Lord Nelson, made right for the enemy ship.

As it approached the Germans at high speed and guns blazing, the Glowworm struck the Admiral Hipper amidships on the starboard side of its hull. It tore away 100 feet of armor and crushed the starboard torpedo tubes. When it pulled away, the Glowworm continued firing into the heavy cruiser, but the ship was lost and Capt. Roope knew it. He ordered the crew to abandon ship.

They did. As Glowworm went down, its crew began to leave it to its fate and dove into the cold, stormy waters of the North Sea. The alarm aboard the ship fell silent for the last time as it fell beneath the waves on its way to the bottom.

Aboard the Admiral Hipper, the ship’s captain sprung into action watching the Glowworm sink and its crew abandon ship. Despite having taken serious damage to his armor plating and losing a sailor of his own, he brought the cruiser to a stop and dropped the ropes to save as many British sailors as he possibly could.

Glowworm had sent out its enemy spotted signal, so the Royal Navy would be along any minute to blow the Admiral Hipper to kingdom come so the crew had only about an hour to save as many people as possible. The Germans helped as many crewmembers climb the ropes as they could.

Once on board, the British sailors were greeted with hugs, handshakes, and medical care. They were stripped of their wet, freezing clothes to prevent hypothermia as fast as possible and given new, dry, warm sets of clothes to wear. The Germans even rubbed down British limbs to get blood flowing again for the men who were near freezing.

Capt. Roope spent nearly the entire hour helping his men climb the ropes to safety and was almost saved himself. Sadly, a wave from the storm swallowed him and he was never seen again. The German captain, saddened at the loss of Capt. Roope, radioed the International Red Cross to recommend his British counterpart for the Victoria Cross, England’s highest military honor.  It was presented to his widow in 1946 after World War II ended.