‘The Greatest Raid of All’ was an explosive seaborne suicide mission 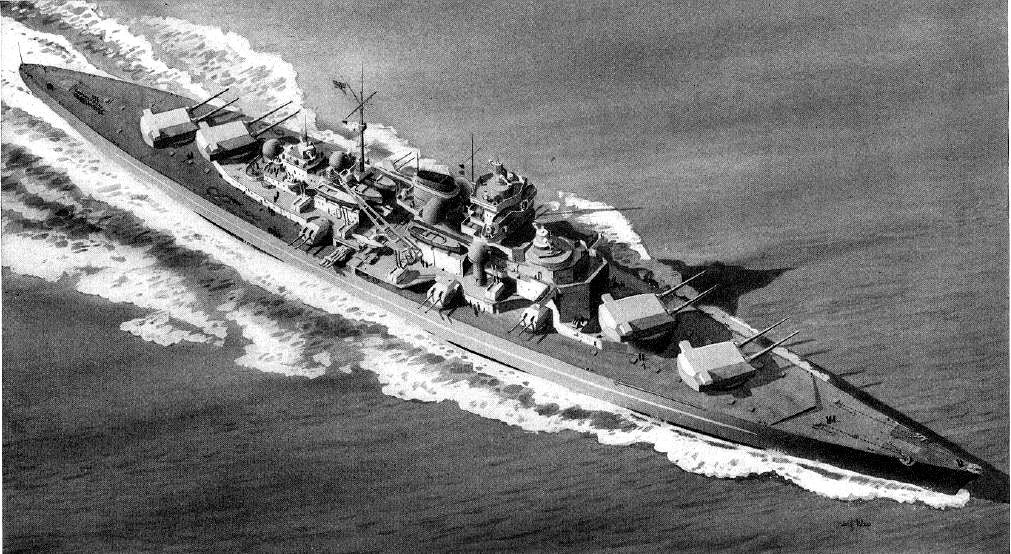 Battleship Tirpitz, A503 FM30-50 booklet for identification of ships, published by the Division of Naval Intelligence of the Navy Department of the United States.

The early days of World War II for Britain and the United States were pretty bleak. German submarines were sinking American merchant ships faster than new vessels could be built. German surface ships were also wreaking havoc on Allied shipping in the Atlantic. Something had to be done.

Nazi Germany’s biggest battleship, the Tirpitz, a sister ship to the famed Bismarck, was the primary target of the Royal Navy. Without destroying the Tirpitz, all could be lost at sea. If they could at least damage the large battleship, they could force into port for repairs and destroy the port, or simply destroy the port giving Tirpitz nowhere to go. Such an operation would turn the tide of the war at that point. And there was only one port where Tirptiz could be repaired: St. Nazaire in occupied France.

St. Nazaire had all the normal facilities of a drydock and repair station. It was originally built to handle the large luxury fleets of pre-war passenger liners. If the Allies knew how important it was, then the Germans had to know as well – they did. 100 guns defended the complex, along with minesweepers, searchlights, and 5,000 German troops.

So the British devised Operation Chariot, an effort to destroy the facilities at St. Nazaire. It sits on the estuary of the Loire River, six miles from the river mouth. The French had dredged an enormous basin to accommodate large ships, along with two smaller ones for smaller ships. To send in commando units to destroy the facilities, they would need a flood tide and a full moon. The only date with those two events would come in the last week of March 1942.

With the date set, the commandos determined how to best go about its destruction. Teams of commandos on modified lightweight boats would zoom up the estuary, blow holes through the walls leading to the port facilities, and then torpedo them. Finally the HMS Campbeltown, an old, outdated destroyer was fitted with 24 high-explosive depth charges that would provide the knockout blow to the dock by ramming its facilities and setting off the massive charge.

Of the 612 officers and men in the raiding party, some were assigned to help enter the port while others would be sent to hold off any German counterattacks after the raid had begun. They trained for weeks, rehearsing for every possible eventuality that might come of the raid. The port defenses were designed to stop enemy forces from doing exactly what they were trying to do and they wouldn’t get another chance at it.

The week before the raid, aerial reconnaissance photos revealed additional defenses, new ships in the port and the potential for luftwaffe interference. The mission went ahead anyway. That night, with minimal encounters with the enemy along the way, the raiders made their way into the estuary of the Loire as the RAF began a diversionary raid. An hour after entering the port, the Campbeltown’s fuse was set.

As the group approached the defenses, they stalled for time using German codes and international friendly fire warnings, even as the Germans opened fire on the ships. When the ruse was certainly found out, the British ran up the white ensign and returned fire with the commandos earning their pay.

As the Campbeltown sped for the large entrance to the port, it was lit up by gunfire and shelling, its deck littered with bodies. With much of its crew dead or wounded, the skipper took control of the helm, driving blinded by the searchlights. It tore through anti-torpedo nets and commandos poured out of the ship as it went aground, setting explosives around the facilities.

Some of the commandos tried to escape, others were captured by the Germans after fighting their way into the town. Only 228 returned to Britain, 169 were killed and 215 were taken prisoner. By morning, German officers and men were aboard the Campbeltown, marveling at the daring raid and its aftermath. Then, it exploded, rendering the dock inoperable for the rest of the war.