This Naval Academy grad and pilot is running for congress 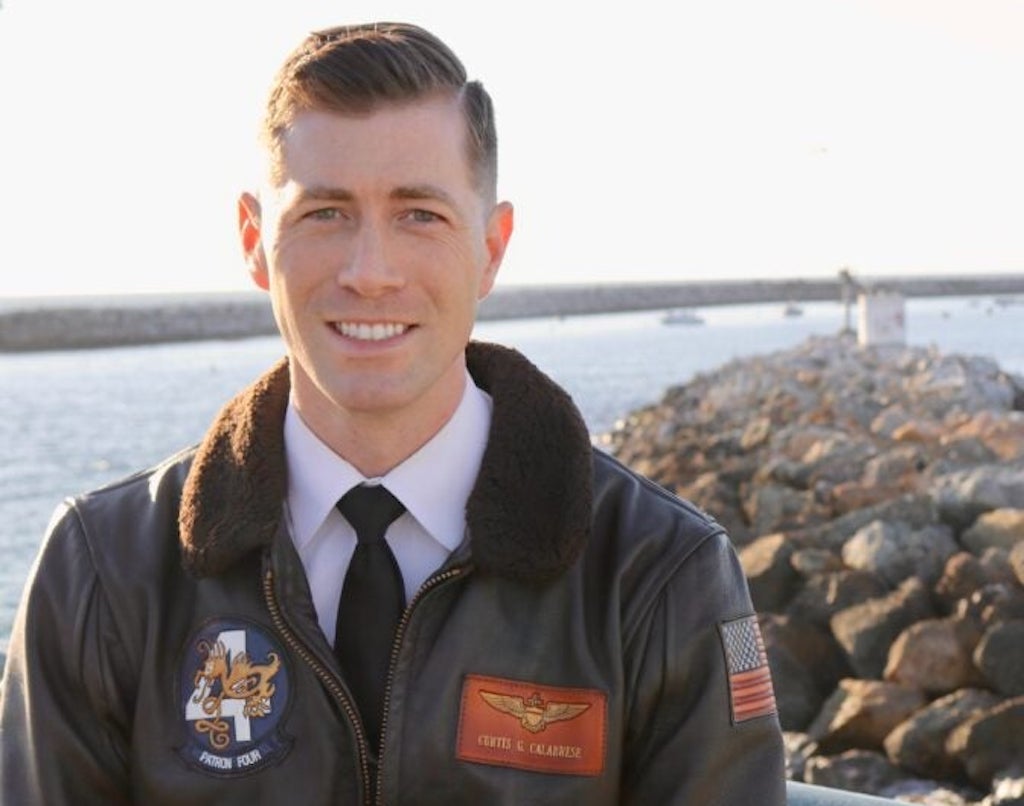 Curtis Calabrese never planned on pursuing a career in politics or running for Florida’s 22nd Congressional District seat. But he is.

Calabrese has always been passionate about finding a way to serve his country. He was a leader within his Naval JROTC at Boca High School, arguably the best program in the country. “It was really intense but I had a lot of fun and learned so much about leadership,” he admitted.

Though he would ultimately pursue becoming a pilot at the Naval Academy, it didn’t start off that way. “I was really involved in the science fair. I actually  placed at the International Science Fair in Florida and the Palm Beach County science fair,” Calabrese laughed.

With this in mind, he was on the nuclear engineer path. But during his sophomore year he had the chance to engage in professional training, essentially trying out all of the different jobs. “I did a week on a submarine, a ship and a week with the Marines. Then came being in the back of a T34,” he smiled.

Peering up through the glass canopy, he knew he wanted to be a pilot before the aircraft left the runway. It would be a tough shift and Calabrese knew he was way behind the rest of his classmates in working toward becoming a pilot.

“I spent all of my breaks learning how to fly and within nine months I not only had my pilot’s license but I was a flight instructor. That showed them [the Naval Academy] I was serious about pursuing this,” he shared. “I loved every minute of my time flying for the Navy and the missions that I did were incredible. We were pretty short staffed in terms of the amount of reconnaissance aircraft we had in the Navy so we were really busy on deployment.”

Calabrese was a part of things like overwatch for the USS Donald Cook, after the Russian simulated attack flybys in April of 2016, hunting Russian submarines and conducting combat operations. “Our mission is to find the bad guys and to make sure that they can’t harm other people. Even at the risk of your life,” he added.

He was appointed to the role of Legal Officer and attended Naval Justice School, where he met his future husband.

After leaving the Navy in 2017, he made his way to the Federal Aviation Administration where he was an inspector. “When I was in the FAA, we had a government shutdown and because I was in the union for the FAA, I was actually able to go on national TV to shows like Jimmy Kimmel and put on my union hat and be a voice for federal employees,” Calabrese said.

From there he joined United Airlines, where he works today. “Why would I want to transition from that into Congress where half the country hates you? But I do,” Calabrese laughed.

It all goes back to a call to serve. He heard it when he watched the Twin Towers fall as a middle schooler and again as he began to search for his new purpose.

“As an American service member, you fight for democracy abroad. We fight the enemy, we secure our borders, and never thought that our democracy could be imperiled by our own citizens,” Calabrese shared. “The American flag isn’t one color, it’s red and blue. I have no intention of ever siding with an individual or ideology. I am running as me, this is what I stand for ”

Though he recognized it’s an uphill battle to secure the democratic nomination of Florida’s 22nd Congressional District – the mission of serving is worth it, he said. “We are at a historic low of veterans serving in Congress. When you don’t have that representation in Congress you lose the voice of the military,” he added.

“I’ve seen the homophobic rants against me, it happens every day on Twitter. I’ve been through it but they are just words. And it could be worse. At least I’m not getting shot at,” he laughed. “It is that diversity that makes us stronger as a country.”

During his early days of the Naval Academy, “Don’t Ask Don’t Tell” was still the law of the land. But even after then-President Obama revoked the rule, it took some time for the military to adjust. “When they found out that I was gay some of the commanders entire demeanor changed toward me and how they acted and responded. It was horrible but it was way worse for my junior enlisted guys,” Calbrese shared.

He mentored many of them, encouraging them to refuse to allow their sexuality to define them or how they did their jobs as sailors. “This was our hardship. This is our burden that we have to carry. But we still had to accomplish the mission,” he said.

It’s lessons like this Calabrese said he hopes to bring to Congress, uniting a very currently very divided caucus and nation around the idea of coming together for solutions, rather than creating or deepening polarizing narratives. “Win or lose, I don’t care. I just want to give people the opportunity to vote for me if they feel that I best represent them,” he said. “I’m not a politician. I’m a naval officer. I’m a federal inspector. I’ve been a civil servant my entire life. That’s who I am. My aim isn’t to be a career politician but to come in and make a difference, the best way I can.”