Mark Valley: West Point grad, Desert Storm vet, actor and podcast host sits down with WATM - We Are The Mighty 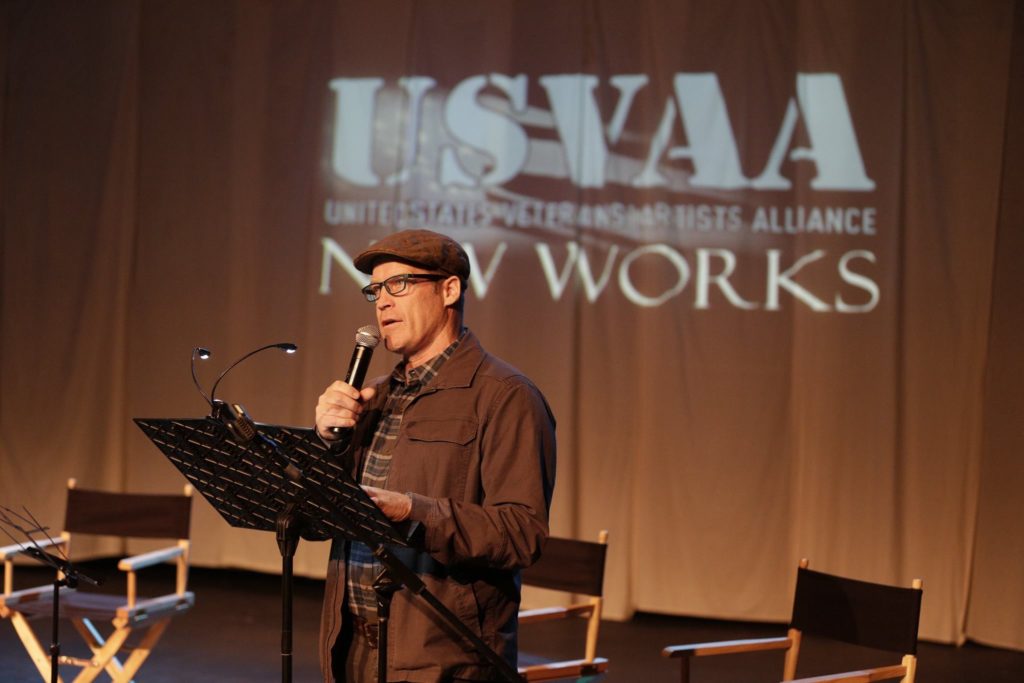 Mark Valley is a successful TV and Film actor who credits his upbringing, time in the Army and leadership experiences with supporting his success in acting. He is known for his roles on Boston Legal, Harry’s Law, Fringe, Human Target, and Body of Proof. Mark is a West Point graduate, former Army officer, and veteran of Desert Storm. He can be followed on his Instagram page as well @markvalley. His podcast The Live Drop can be found here and is on Spotify, Apple Podcasts and Google Podcasts.

1. Tell me about your family and your life growing up?

I was born in a town right on the Canadian border in northern NY state named Ogdensburg. My father was a math teacher and high school football coach. My mother took care of the kids and ran a nursery school. I have three sisters.

2. What is the most distinct memory of your mother and your father?

My mother has trained as a nurse also, and it felt like we had a doctor in the house. My father was a math teacher and head football coach. I remember him watching game films at night on a 16mm projector in our kitchen. He was intense in his preparation and was made a head coach in his late 20s, which is rare.

3. What values were stressed at home?

Honesty, work ethic, family, service, cooperation and generosity. My grandparents grew up during the Depression with a mindset of service and working hard as a community. It was part of your identity up there at the time.

4. What influenced you to pursue an appointment to West Point, and what was your experience and what lessons did you take away from your service?

Having grown up watching Vietnam on television, I still wanted to go into the service. As a kid, I had seen West Point in 3D! on a “View-Master” disk. The aesthetic and architecture made a lasting impression. And the cadets all looked full of purpose with some kind of sport, drill or activity. I enjoyed my time at the Military Academy and in the Army. It gave me a sense of purpose, duty and direction as well.

After graduation, I branched as an engineer and was stationed in West Germany with the 8th Infantry Division. I was in Berlin in 1989 and there until Desert Storm.

5. What values have you carried over from the Army into acting?

Teamwork is one of the main values I carried over from the Army. Another key learning point was knowing when and how to fight my battles. Changing the mindset of a superior in the Army usually required three points of persuasion: Personal experience, logic or common sense, and then reference from doctrine or history.

In the Army, these three were pivotal in getting something changed. It still works.

6. What is the most fulfilling project you have done and why?

I’ve been working on a podcast called The Live Drop where I interview people involved in diplomacy, intelligence, espionage and some in national security. These are subjects that have fascinated me since my service in Berlin. Being able to truly be present when someone else is talking, and bearing witness to someone else’s experience. This has been more fulfilling than any type of performative role I have done. We Are The Mighty was one of my early supporters in this endeavor. Find it on thelivedrop.com

7. What was your experience like in working with such talents as David E. Kelly, James Spader, William Shatner, Denzel Washington, R. Lee Ermey?

David E. Kelley did not know too much about me personally when he wrote my character, Brad Chase, on Boston Legal as an Annapolis graduate and a former Marine Corps officer who had served in Gulf War. The writers were surprised to learn how close that was to my background. Well, Annapolis and the Marine Corps were way off, but it was close enough.

William Shatner reminded me of being in the military. He’s a gregarious team player. He was fun to work with and a wonderful example of a professional. For me, Shatner would be like working with a soldier’s general in the military.

Denzel Washington was a movie star in his prime when he made The Siege in 1996 or so. I played one of his FBI agents along with Lance Reddick. I haven’t met anyone with Denzel’s “range of presence” I guess you’d call it. He walked into a room and commanded attention, but he was keenly attentive to what was going on around him. He doesn’t miss anything and brings up everyone’s game.

Working with R. Lee Ermey was a lot of fun. I appreciated getting to speak with a fellow veteran on a set for the first time. I found out that Lee and I had both been stationed in places where films had come to shoot on location. (The Innocent for Mark while in Berlin and Apocalypse Now for Ermey while in Manilla). It was a knee slapper for both of us. Neither of us went to find Hollywood, they came to us or so we claimed.

In the 90s, I didn’t feel sharing my veteran experience was going to help me in getting a job. I didn’t put it on my resume as it just didn’t seem relevant to acting work. Years would go by before friends knew I was a veteran. I felt more like a WWII service member who served, came home and got on with it. Now I won’t shut up about it.

So fortunate to work with these people. Don’t know why I look so cranky.

8. What leadership lessons in life and from the Army have helped you most in your career?

In the military you have to find a way to both lead and manage the personalities assigned to you and inspire them, connect with them, keep them informed and find out their motivations. Hollywood is more nuanced. Decision-makers don’t carry the responsibility of motivating nor explaining themselves. Getting the opportunity to work in this business is usually its own reward. We manage people in Hollywood and inspire by example primarily.

9. As a veteran, how do we get more veteran stories told in the Hollywood and stage arena?

I think we need to ask why we need more veteran stories or war stories for that matter.  A compelling story isn’t just about what someone did, it entails an exploration of those involved, and perhaps the lasting consequences of our actions. It’s a veteran’s responsibility to come to terms with these experiences and bring them back home where we can all experience this journey. I think the goal of a veteran or former military is to come full circle and join society again as a civilian – writing and performing arts can be a profound path toward expression and self-discovery.

I still have my Philly PD belt badge for some reason.

10. What are you most proud of in life and your career?

Tough question, but I’d mention recently I got a call from an enlisted Army soldier that I knew years back on active duty. Back then he could have gotten himself into a lot more trouble if he didn’t make some changes. He called me after 30 years had gone by. He just wanted me to know that he had turned things around. He had an incredibly successful military career as a decorated warrant officer and works in government service. He had a family, raised his children. I am really proud of him. Whether I had anything to do with it I don’t know. I suppose we don’t always know our impact on anyone, past or present. We can just do our best day by day. I’m also proud of my gardening skills… who knew.