This was the world’s shortest war - We Are The Mighty

This was the world’s shortest war 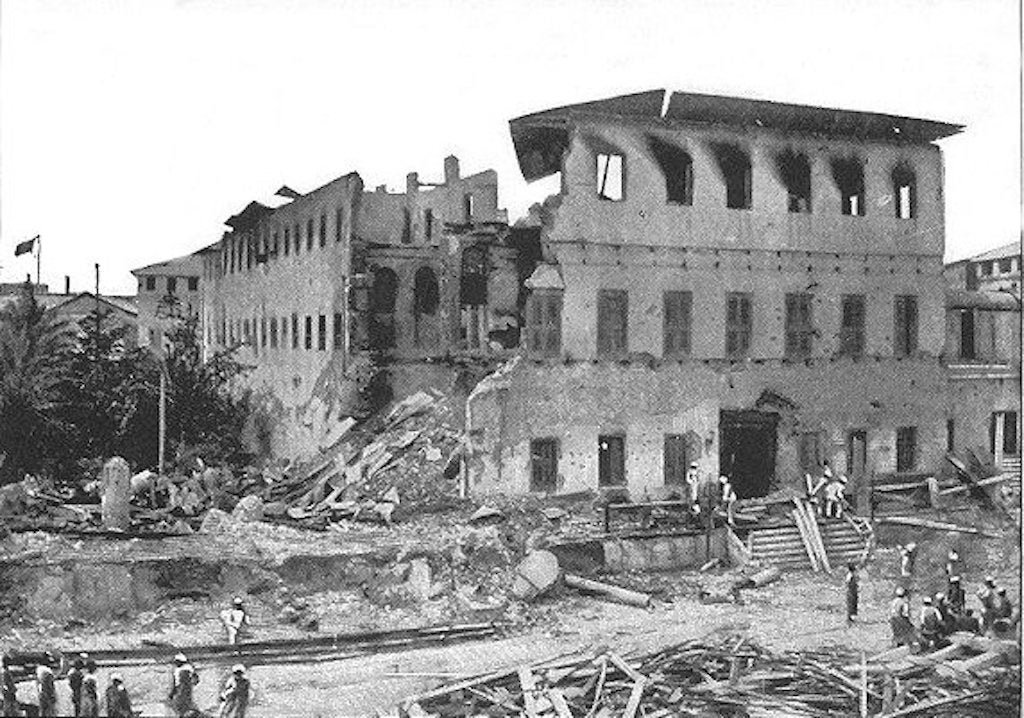 The Sultan's harem after the bombardment.

In terms of time today, 38 minutes is exceedingly short. Just longer than a TV show. Or, without commercials, maybe two episodes on Netflix. Maybe enough time to run a few errands, assuming traffic isn’t too bad.

But in 1896, an entire war was fought in just 38 minutes. Known as the Anglo-Zanzibar War, it is widely known as the shortest war in history.

Tensions began to rise six years prior, when a treaty was formed between Britain and Germany, outlining where each country had influence. Britain landed Zanzibar, while Germany was given control over Tanzania.

During this time, Britain’s influence was used throughout Zanzibar, but the country was also given an ample amount of freedom. Most notably, with their government.

The war started in 1896 when the Sultan, Hamad bin Thuwaini, died. Hamad had been pro-Britain and giving the fathering country little to worry about. His predecessor, Khalid bin Barghash had not been approved by Britain, which had been a requirement of the previous treaty. Britain worried Hamad would deviate from previous agreements.

In response to the new ruler, Britain considered the new status as an act of war and sent an ultimatum, requesting him to stand down and leave the palace. In response, Khalid barricaded himself in the palace and put his guard in place.

This was viewed as another act of war.

By the time the ultimatum had expired, British forces arrived with:

Nearly 3,000 Zanzibari citizens stood guard at the palace. This also included the sultan’s slaves and personal servants. By 9:02 – two minutes after the ultimatum had ended, heavy fire was released onto the palace, and the building was set on literal fire.

Zanzibar forces were decimated and the new sultan was forced to flee.

Around 500 of the sultan’s army were killed in the battle, most of whom were lost when the palace was lit on fire. Meanwhile, just one British soldier was injured in the short battle; he later recovered. The sultan retreated to East Africa (ran by Germany at the time) to find asylum.

In response, Britain chose their own sultan – as a figurehead to do their bidding – and reigned down strict power over the Zanzibari people. Essentially, the stunt angered them to the point of revoking prior freedoms that were allowed under their rule.