Today in military history: Airman First Class earns Medal of Honor - We Are The Mighty 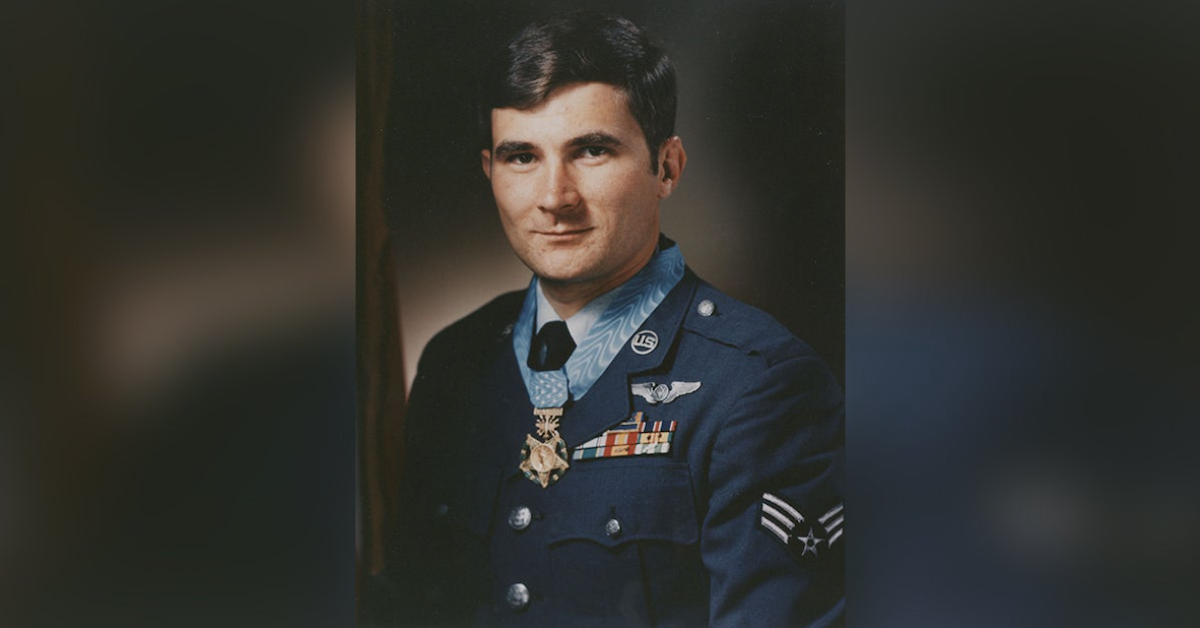 On Feb. 24, 1969, Airman First Class John L. Levitow became the lowest ranking member of the Air Force to earn a Medal of Honor.

A1C Levitow was the loadmaster aboard an AC-47 “Spooky” gunship in South Vietnam when his aircraft was struck by a mortar round. During the flight, a mortar round struck the side of the aircraft, ripping holes all across the plane, including an approximately two-foot puncture in the wing.

After impact, Levitow, while suffering from over 40 fragment wounds, helped a fellow wounded airman away from the now-open cargo door. As he moved his comrade to relative safety, he spotted a Mark 24 flare that was seconds from igniting.

Mind you, the Mark 24 flare is a three-foot metal tube weighing roughly 27 pounds that, once ignited, generates the light of 2,000,000 candlepower and burns at 4,000 degrees Fahrenheit.

Levitow dragged himself towards the flare, which was rolling to and fro as the Spooky 71 pilots fought to regain control, hurled himself atop of it, pushed the flare towards the cargo door, and flung it out into the Vietnam sky just before ignition.

This really happened. It is not an exaggeration or poorly documented folk tale. Levitow literally placed his body atop a flare powerful enough to turn the Spooky 71 into a crisp with no real idea of how long he had until the flare ignited. This is one of the most selfless acts ever documented.

President Richard Nixon awarded Levitow the Medal of Honor on May 14, 1970.