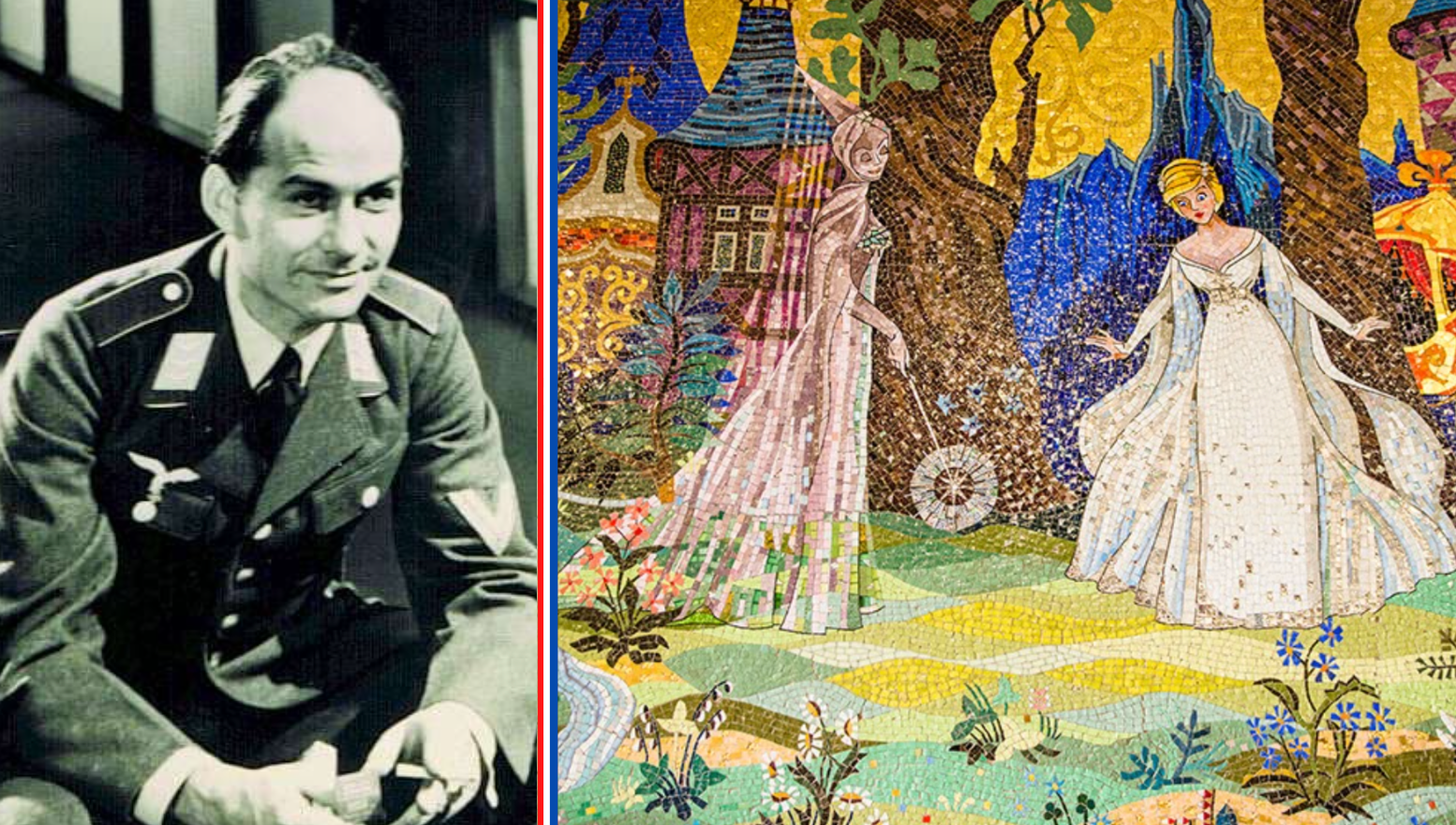 In 1970, Cinderella’s Castle was brought to life at Disney World in Florida. Over a period of 18 months, the landmark building was sketched, drawn and turned into one of the country’s most notable theme park attractions. It comes as no surprise that doing so required a team effort from artists of all kinds. What comes as more of a surprise is one contributor’s particularly colorful past. Artist Hanns-Joachim Sharff — long before he was a renowned mosaic artist — served as an interrogator. And not just any interrogator, but one for the Nazi forces. After a series of strange events, Polish-born Sharff was recruited to work as the Nazi’s lead Luftwaffe interrogator during World War II. He was so successful at gaining information that he received accolades for his abilities. He is well known for his gentle methods, getting prisoners of war to divulge secrets without violence or even raising his voice.

After the war, he then taught classes on interrogation for the U.S. Air Force in exchange for safety within the U.S.

But long after his days of teaching other interrogators, however, Sharff found another career — as one of the world’s most famous mosaic artists. Upon moving to New York City, Sharff was instantly successful, earning money through his business, Hanns Scharff Designs. He later moved to Los Angeles.

Scharff is known for creating the marbled floor within the California state capitol building, entry ramps at Epcot Center and the eagle floor located at the University of Southern California. His work is also featured in countless homes, hotels, schools, stores and churches across the entire world. However, perhaps his most famous project to-date resides within Cinderella’s Castle.

A colorful display of art, Sharff and his team created artwork consisting of five, 15-feet walls. Each helps portray the fairytale in an impressive fashion. In total, Sharff personally hand-cut and shaped more than 1 million pieces of glass. In total, the pieces include more than 500 colors.

The images were completed by gluing glass to a thin fabric, face-down. A team of six workers then put up fresh concrete on the walls, then carefully lined up the fabric and pressed each piece into the wet mortar. Once it dried the fabric was slowly peeled back, then remaining cracks were cemented in to strengthen the mosaics and allow them to withstand visitor touches.

Scharff completed the project with his daughter-in-law, Monika Scharff, another skilled mosaic artist, his wife and other family members.

A decade later, Scharff’s team was asked to complete another Disney project, this time working on the entryway to Epcot’s The Land pavilion. The space uniquely curves into the ground, with mosaic tiles seamlessly filling in the design, curves and all. This is due to a math error, where the art designer’s measurements were three feet larger than the wall itself. Scharff and Monika came up with the idea to curve the design and it was approved by Disney execs and put into effect.

The piece is also known to host a “hidden” tile, where an emerald piece sits among a sea of lighter green and beige tiles. Supposedly, this was a design choice so that both sides of the mural were not identical.

Scharff and Monika later formed the group, Scharff and Scharff, together and worked in tandem until Hanns’ death in 1992. Monika still owns and operates the business to this day.