Today in military history: Detroit surrenders without a fight - We Are The Mighty

Today in military history: Detroit surrenders without a fight 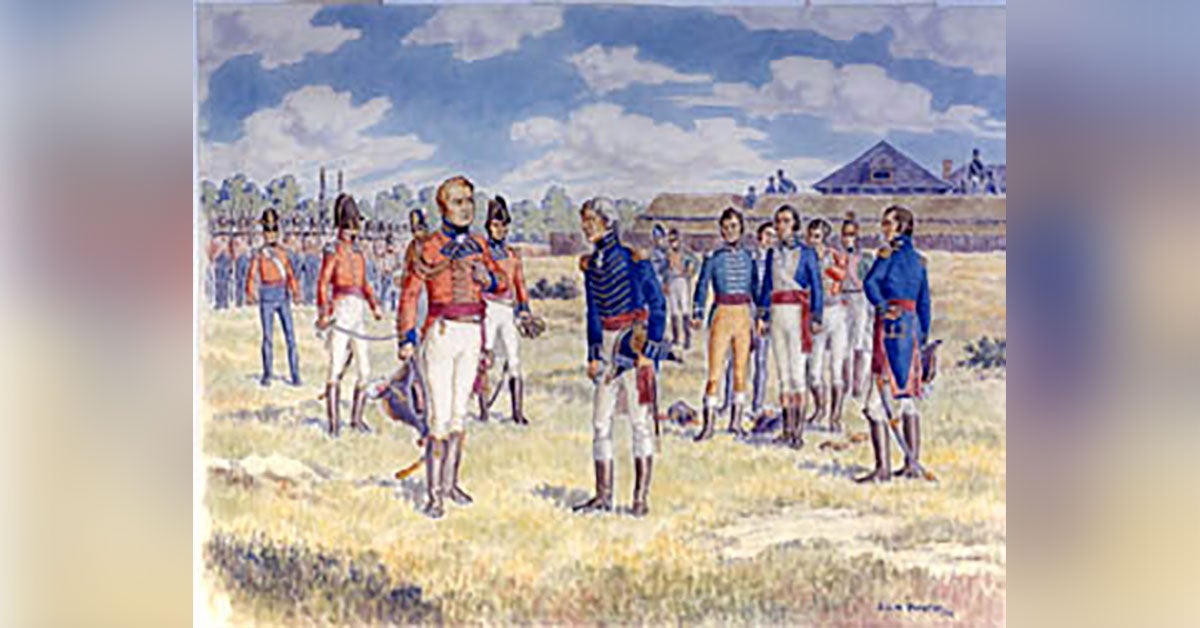 On Aug. 16, 1812, American General William Hull surrendered Fort Detroit to the British without a fight.

Maybe it was the overwhelming English and Native American forces gathered outside the walls. Maybe it was the fact that his daughter and grandchildren were inside those walls.

Either way, the aging Hull just wasn’t feeling it.

His twenty-five hundred men and their weapons — including three dozen cannons — were surrendered to the Brits as well. The militiamen were allowed to return to their frontier homes while the Regular Army soldiers became POWs in Canada.

In 1813, future president William Henry Harrison would recapture Detroit and in 1814, Hull was court-martialed for cowardice and sentenced to death by shooting, though his execution would be pardoned by President James Madison due to Hull’s service in the Revolutionary War.

Roughly 15,000 Americans died as a result of the War of 1812. Roughly 8,600 British and Canadian soldiers died from battle or disease. The losses among Native American tribes are not known.