Today in military history: Tecumseh defeated in War of 1812 - We Are The Mighty

Today in military history: Tecumseh defeated in War of 1812 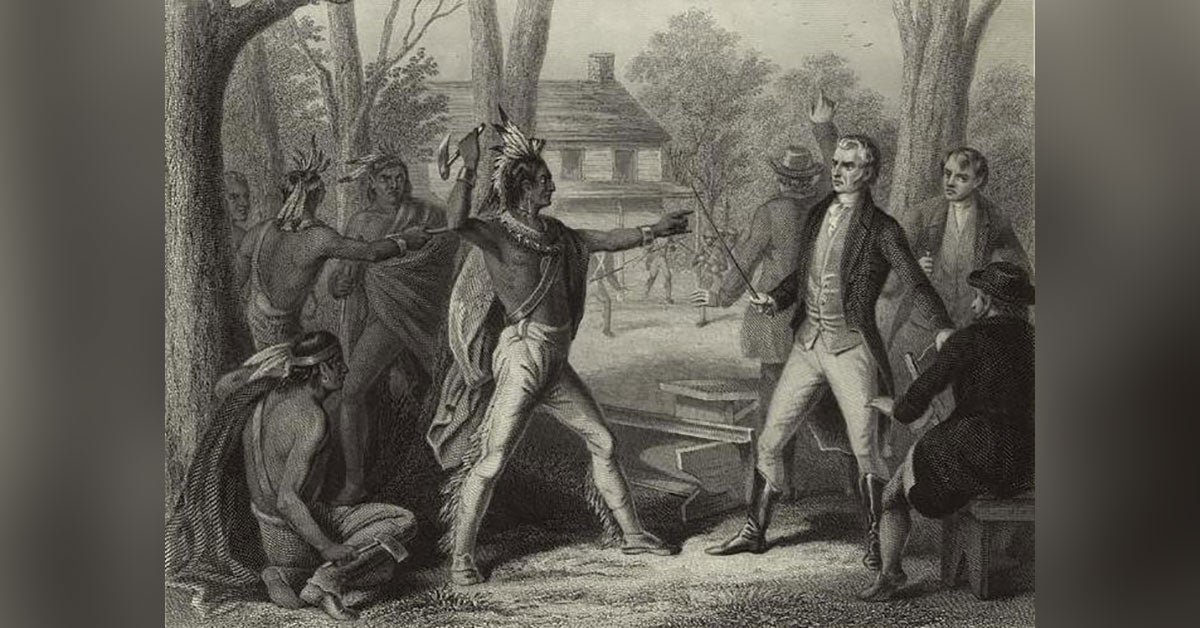 On Oct. 5, 1813, American general and future president William Henry Harrison defeated a combined British and Indian force at the Battle of the Thames. During the War of 1812, Shawnee leader Tecumseh, a great orator and unifier of Native American tribes, joined the British to fight the United States in the War of 1812. He urged Native Americans to unite in order to save their lands, cultures, and freedom from white settlement and invaders in the Northwest Territory.

Born in the western Ohio Valley in 1768, Tecumseh, whose name in Shawnee means “shooting star” or “blazing comet,” grew to despise Americans after witnessing the atrocities they committed against the Native Americans and their land. He grew up honoring the culture of his people and training to be a warrior. By the 1780s, Tecumseh was participating in raids against U.S. settlers and battles against the U.S. Army. In treaty after treaty, Tecumseh watched as Native Americans were forced to cede land to the white settlers.

By 1813, Tecumseh had created a target on his back for his attempts to resist U.S. expansion and violence. After over a year of fighting, General Harrison pursued Tecumseh’s army, along with that of British General Henry Procter, as they retreated to Canada after a failed attempt to invade Ohio. They met at the Thames River, where Harrison would emerge victorious and Tecumseh would meet his unfortunate death.

The Battle of the Thames was a demoralizing loss for Indian resistance east of the Mississippi River. Many of the alliances Tecumseh created were dissolved after his death, allowing the U.S. colonizers to reestablish control of the Northwest frontier.

Featured Image: In a famous 1810 meeting, Tecumseh accosts William Henry Harrison when he refuses to rescind the Treaty of Fort Wayne.