Cannonballs literally bounced off the USS Constitution - We Are The Mighty 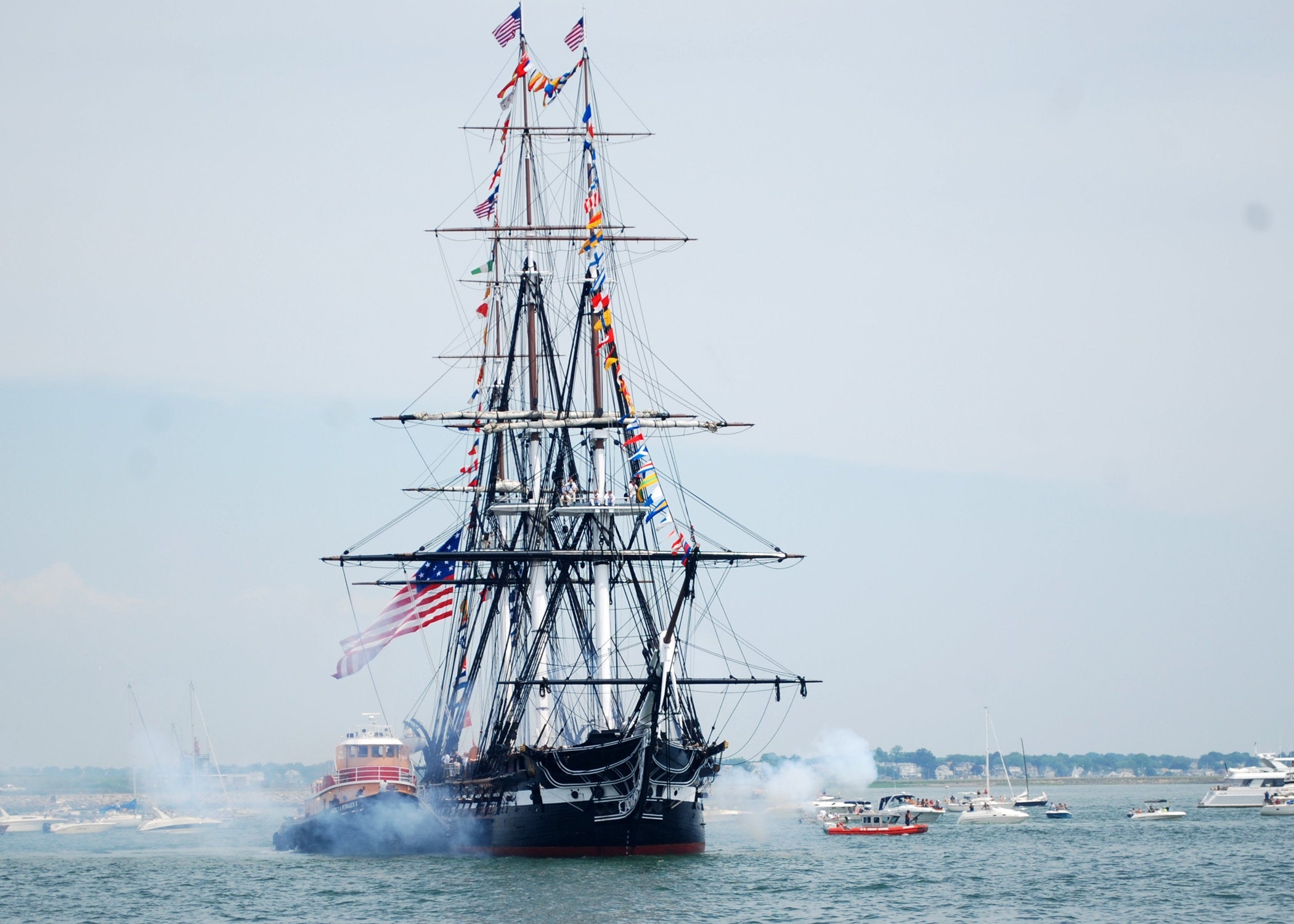 If you look at the USS Constitution today, berthed at the Boston Navy Yard, you might find yourself wondering how a wooden ship got the nickname, “Old Ironsides.” The answer to that question is actually very simple: Cannonballs used to literally bounce off the hull of the Constitution in battle, falling harmlessly into the sea below.

The Constitution is currently the oldest active ship in the US Navy today. Launched in 1797, it was one of the earliest ships to enter service with the fledgling Navy. Ordered as a heavy frigate as part of the Naval Act of 1794, the Constitution and five other similarly-configured ships were to be the backbone of the new Navy — heavy warships that other, smaller, ships could support and rally around.

It was during the War of 1812 that the Constitution earned her now-famous nickname, under the command of Isaac Hull. Well-liked and revered by those who served under him, Hull took it upon himself to personally ensure that the Constitution and her crew were ready for combat at all times. In mid-July, 1812, the heavy frigate encountered a small squadron of British ships, who gave chase. With a bit of planning and a little creativity, Hull managed to maneuver his ship away to safety.

The following month, the Constitution encountered one of those pursuing ships — the HMS Gurriere, commanded by James Dacres. This time, battle was inevitable and the two ships began trading blows. Hull quickly repositioned his ship, giving his gunners a clear view of the Gurriere.

Scrambling over the upper and the gun decks of both ships were sailors and Marines, frantically reloading their weapons for the next salvo. Aboard Constitution, sailors watched as 18-pound cannonballs whistled through the air, bracing for an impact that would certainly penetrate the walls of the ship, killing and maiming anybody in their way.

Though some of the cannonballs did inflict damage, others bounced off and fell into the roiling sea, much to the bewilderment of both sides. An American sailor notably yelled out, “Huzzah, her sides are made of iron!” and thus, the nickname, “Old Ironsides” was born.

A combination of different types of oak layered around each other made the ship’s surfaces dense and difficult to pierce. The multiple layers of wood absorbed the cannonballs’ impacts of the and dissipated the forces quickly. Extra ribbing and bracketing on the internal walls also contributed to making the Constitution so sturdy.

By the end of the battle, the Guerriere was beyond salvage, much to the disappointment of Hull. Broadside after broadside had done the frigate in. The British crew was taken aboard Constitution and salvage parties took what they could off the smoldering Royal Navy vessel before lighting it afire and setting the ship adrift to descend to its watery grave.

Old Ironsides sailed into Boston Harbor, packed with prisoners of war, as jubilant American sailors and Marines celebrated their triumphant return home. After doing battle with more British ships in the following years, Constitution was briefly laid up in mothballs while her future was decided by the Department of the Navy.

Amidst fears that the Constitution would be scrapped, having long outlived its original intended lifespan, public outcry spurred on by a poem written by Oliver Wendell Holmes, entitled Old Ironsides after the ship’s nickname. The powerful poem motivated the Navy to fund a refit and refurbishment of the battle-scarred frigate. The nickname has since stuck, even through the Constitution‘s years of obscurity in the late 1800s and early 1900s.