Today in military history: Iraq invades Kuwait - We Are The Mighty 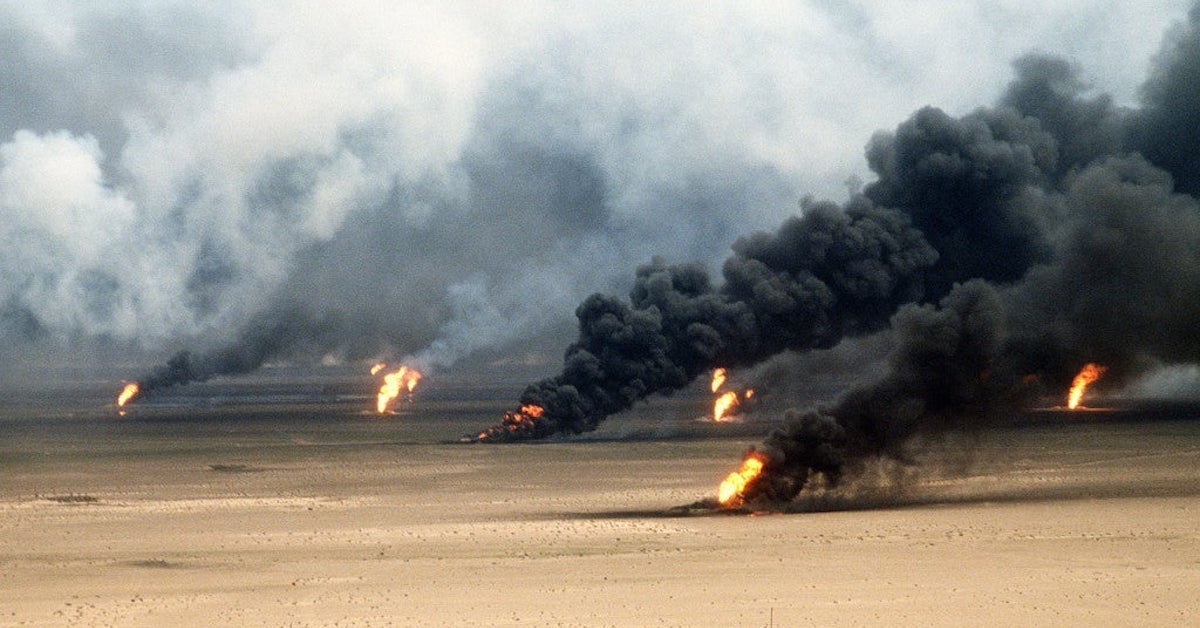 On Aug. 2 1990, Iraqi forces under Saddam Hussein invaded Kuwait, gaining control of 20% of the world’s oil reserves and a significant portion of the Persian Gulf coastline.

In response, the UN Security Council imposed a global ban on trade with Iraq and on Aug. 9, the United States launched Operation Desert Shield to defend Saudi Arabia.

By January, Hussein’s occupying army was 300,000 strong, prompting the UN Security Council to authorize force against Iraq if it refused to withdraw.

On Jan. 16, 1991, Operation Desert Storm began and would become one of the most one-sided conflicts in history as U.S. and coalition forces rapidly overwhelmed the Iraqi army and liberated Kuwait within weeks.

Nearly 200,000 Iraqi soldiers and civilians died or were wounded as a result of the Persian Gulf War, with fewer than 800 American and allied casualties.

In the post-9/11 world, the events leading up to and after the conflict came to lasting importance. Today, U.S. troops have come and gone, come and gone, come and gone from Iraq. The country has become America’s enduring sidepiece. Then Operations Northern Watch and Southern Watch gave way to Operation Iraqi Freedom and with it Bayonet Lightning, Red Dawn, and countless others who themselves gave way to Operation Inherent Resolve. There are troops in Iraq today who weren’t yet born when Saddam first captured the Kuwaiti oil fields, and Saddam himself didn’t live to see this day.

The invasion of Kuwait probably seemed like a quick victory, one unlikely to have lasting effects in the annals of history, but little did we know it was just setting the stage for the region’s next 30 years.

Featured Image: Oil well fires rage outside Kuwait City in the aftermath of Operation Desert Storm. The wells were set on fire by Iraqi forces before they were ousted from the region by coalition force. (U.S. Air Force photo by Tech. Sgt. David McLeod)