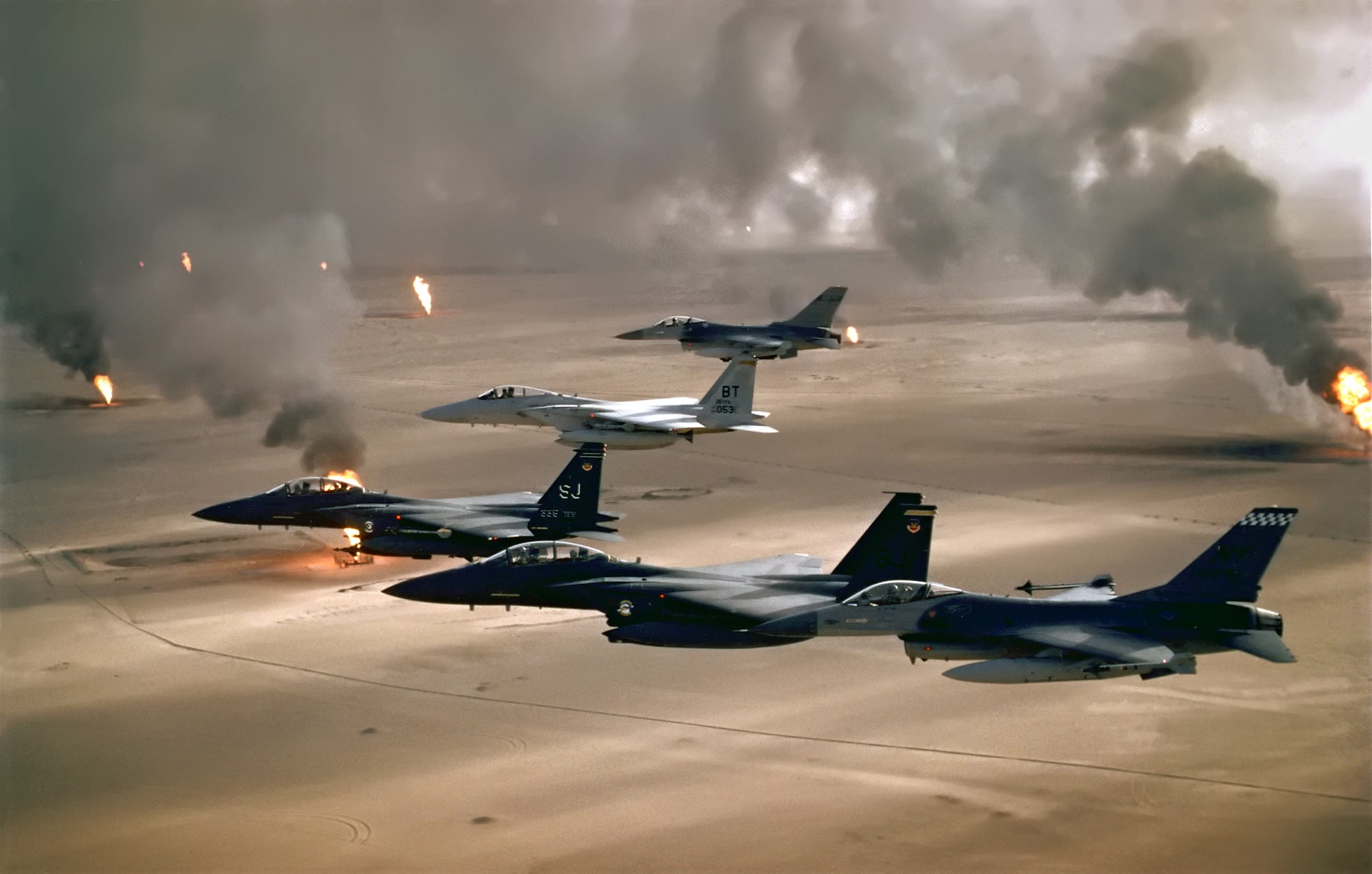 On Aug. 2, 1990, Iraqi tanks and infantry steamrolled across Kuwait in an invasion and occupation that took all of two days. The Iraqi dictator blamed Kuwait for slant drilling from Iraqi oil fields and claimed the Gulf state was actually an ancient province of Iraq. In reality, Saddam owed the Kuwaitis $14 billion from Iraq’s nearly 10-year war with Iran and Kuwaiti oil drilling was driving down the price of oil.

In response, the United States and a coalition of countries created a massive counteroffensive force in Saudi Arabia while giving Saddam an ultimatum to either leave Kuwait or face the coalition’s punishment. For some reason, he let the deadline lapse and was forcibly removed. Here are the top five reasons why he thought he could stick around:

1. Saddam thought the U.S. was okay with the invasion

Saddam supposedly thought the Kuwaitis were stealing oil and purposely producing more than OPEC standards in order to keep Iraqi revenues low. To keep tensions from rising, U.S. Ambassador April Glaspie met with Saddam who told her he wanted Kuwait to agree to the OPEC standards. Under orders from the Bush administration, Glaspie told Saddam the U.S. had no opinion on the issue.

Saddam thought she was talking about the tensions between the two countries. Glaspie actually meant the OPEC production standards. So when Saddam went to war, he was actually surprised to get a condemnation from the United States.

2. Iraq was the world’s 5th-largest army

Iraq could legitimately boast a million men under arms in 1990. Even though the United States only considered a third of the army capable of fighting a real war, that’s still more than 300,000 troops he could use as an offensive force.

Having such a large ground force was not insignificant, especially not to American military planners. While a large army may make a difference when fighting Iran, it’s a whole other matter to fight an advanced Western army. Iraq’s air force was heavily overpowered in this regard and it had no navy to speak of.

No matter how many effective fighters Saddam had and no matter how many of them were conscripted into the Iraqi Army, they were still veterans of a brutal 10-year war with neighboring Iran. Any soldier will tell you there’s a very big difference between fighting troops that have been battle tested and troops that are as green as the uniform they’re wearing.

While Iraq didn’t necessarily win the Iran-Iraq War, it didn’t lose the war, either. The weapons he accumulated over the years to fight Iran could still be used against any other opponent. The U.S. knew what he had because we had the receipt.

4. Anti-Western sentiment was high in the Middle East

When Iraq invaded Kuwait, the Palestinians were fighting to shake off the Israeli occupation of the West Bank, a cause celebrated by most Arabs and Arab leaders in the region. Saddam even tried to frame his invasion of Kuwait as redrawing the lines of a map created by the British and righting a historical wrong.

When that didn’t work, Saddam tried portraying himself as a devout Muslim, praying in mosques and creating religious artwork of himself in prayer. That didn’t work either. Wahhabi clerics in Saudi Arabia still called him the “Enemy of God.”

5. Iraq had months to prepare for the Gulf War

Iraq’s invasion of Kuwait was finished by August 4, 1990. Saddam annexed Kuwait as Iraq’s 19th province by the end of the month. The President of the United States and the President of the Soviet Union both demanded Iraq leave Kuwait immediately. It wasn’t until November 29, 1990 that the United Nations passed a resolution threatening military action if Saddam didn’t leave.