Today in military history: Lawrence of Arabia captures Damascus - We Are The Mighty 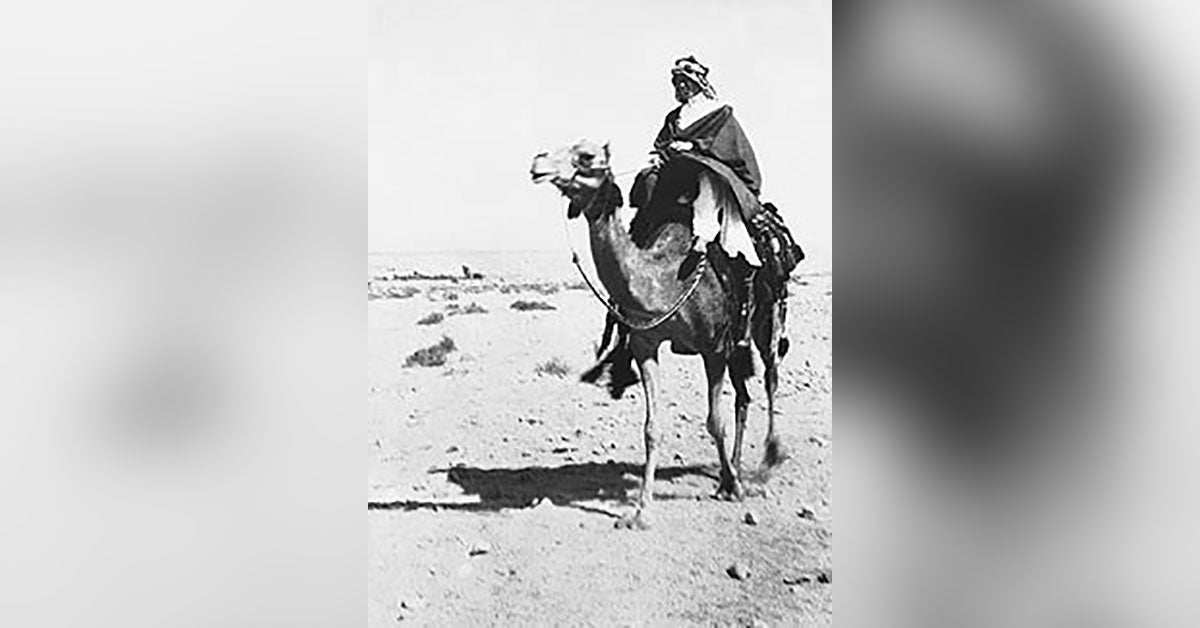 On Oct. 1, 1918, legendary British officer Lawrence of Arabia led the capture of Damascus.

T.E. Lawrence spent his entire Army career in the Middle East as an intelligence officer based in Cairo. Once the first World War broke out, Lawrence convinced the British to support an Arab uprising against Turkish rule in lands west of the Suez. He was sent to be the liaison between British forces and the guerrilla Arab armies.

“One of the great civil-engineering projects of the early 20th century was the Hejaz Railway, an attempt by the Ottoman sultan to propel his empire into modernity and knit together his far-flung realm. By 1914, the only remaining gap in the line was located in the mountains of southern Turkey. When that tunneling work was finished, it would have been theoretically possible to travel from the Ottoman capital of Constantinople all the way to the Arabian city of Medina, 1,800 miles distant, without ever touching the ground. Instead, the Hejaz Railway fell victim to World War I. For nearly two years, British demolition teams, working with their Arab rebel allies, methodically attacked its bridges and isolated depots, quite rightly perceiving the railroad as the Achilles’ heel of the Ottoman enemy, the supply line linking its isolated garrisons to the Turkish heartland. One of the most prolific of the British attackers was a young army officer named T.E. Lawrence who, by his count, personally blew up 79 bridges along the railway.” — Smithsonian Magazine

In the summer of 1917, Lawrence helped the Arabs capture the Red Sea port city of Aqaba in modern-day Jordan, then marched north with them toward Jerusalem where he performed forward reconnaissance ahead of the advancing British and Arab armies.

That fall, however, he was captured, tortured, and by most likely evidence raped by the Ottoman Turks but he escaped and rejoined the Arab army, hardened and merciless. Nearly one year later, on Sept. 27, 1918, Lawrence led an assault toward Damascus, hoping to secure Syria for the Arab and British alliance. For the villages that stood in his way, Lawrence ordered his men to “give no quarter,” even killing prisoners “in a madness…as though their death and running blood could slake our agony.”

Lawrence raced toward Damascus and set up a provisional Arab government until the city was placed under French administration. He spent the remainder of the war lobbying prime ministers and presidents on behalf of Arab independence with the hopes of preventing a “peace” imposed by dividing the Middle East under the control of Western countries. Even then, Britain had her eye on Iraqi oil…

Within the year, most of the Middle East was aflame as the Arab world, enraged at seeing their Ottoman masters replaced by European ones, rebelled. In 1920, an Iraqi uprising resulted in some 10,000 dead. The effects of the battles during those years are felt still today.

As for Lawrence, he legally changed his name and petitioned to re-enlist in the British military as a private, hoping to never be in a position of responsibility again.