Today in military history: Battle of Tippecanoe - We Are The Mighty 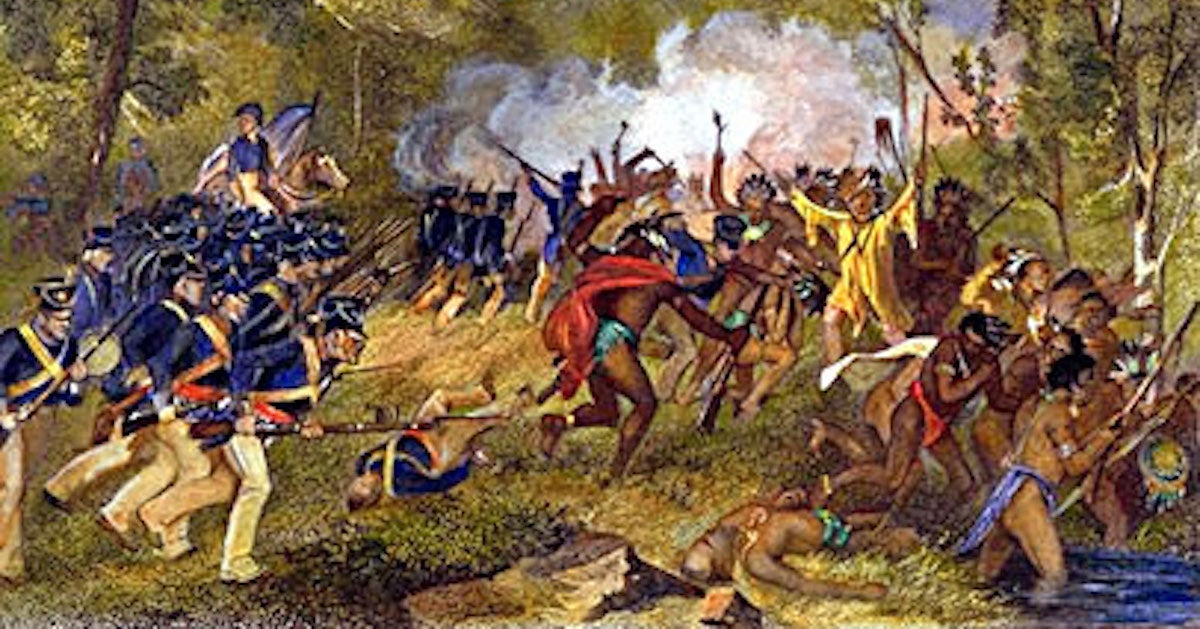 On Nov. 7, 1811, Shawnee spiritual leader Tenskwatawa was defeated at the Battle of Tippecanoe.

At the time, the U.S. government was aggressively seizing frontier land from Native Americans, who began to join together to resist the foreign expansion into their territory.

Shawnee leader Tecumseh rallied a pan-tribal confederation, along with his brother Tenskwatawa — a holy man known as “the Prophet” — who founded the village of Prophetstown near the Tippecanoe River.

Born in the western Ohio Valley in 1768, Tecumseh, whose name in Shawnee means “shooting star” or “blazing comet,” grew to despise Americans after witnessing the atrocities they committed against the Native Americans and their land. He grew up honoring the culture of his people and training to be a warrior. By the 1780s, Tecumseh was participating in raids against U.S. settlers and battles against the U.S. Army. In treaty after treaty, Tecumseh watched as Native Americans were forced to cede land to the white settlers.

Prophetstown became a strategic headquarters for Tecumseh’s confederacy and as tension and violence rose, then-Governor William Henry Harrison marched a force of 1,000 men to destroy the town.

With Tecumseh away, his brother arranged to parlay with Harrison — but instead attacked in the night. Harrison and his men repulsed the surprise force, defeated the Native American warriors, and burned Prophetstown. Tecumseh’s confederacy would never really recover.

During the War of 1812,Tecumseh joined the British to fight the United States in the War of 1812. He urged Native Americans to unite in order to save their lands, cultures, and freedom from white settlement and invaders in the Northwest Territory.

Tecumseh and Harrison fought in 1813 at the Thames River, where Harrison would emerge victorious and Tecumseh would meet his unfortunate death.

The Battle of the Thames was a demoralizing loss for Indian resistance east of the Mississippi River. Many of the alliances Tecumseh created were dissolved after his death, allowing the U.S. colonizers to reestablish control of the Northwest frontier.