Today in military history: Battle of Beersheba - We Are The Mighty 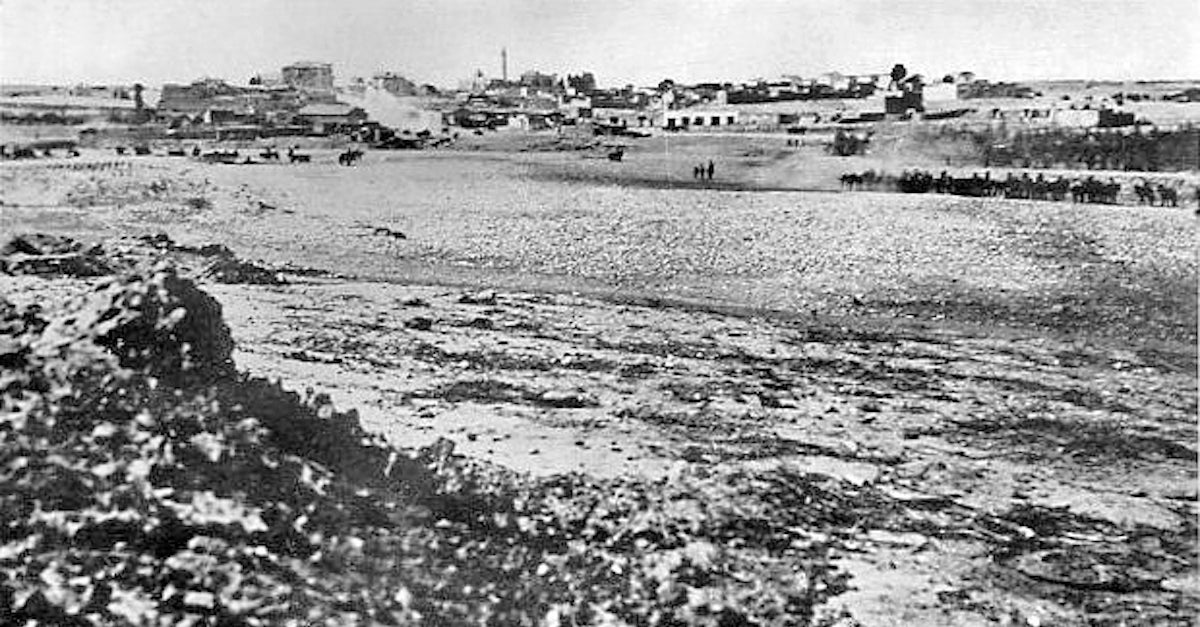 On Oct. 31, 1917, the Third Battle of Gaza began as Allied forces attacked the Turks at Beersheba in Palestine.

The first two attacks at Gaza failed, but by mid-October General Edmund Allenby prepared to launch a final campaign against the Gaza-Beersheba line, which stood between the Allies and the strategic city of Jerusalem. To help guarantee their success, the Brits decided to employ a little bit of deception.

What came to be known as the Haversack Ruse was invented in World War I when the British Army needed to deceive the Ottoman Military. Though there are conflicting accounts on who planned and who executed the ruse, someone rode a horse into contested territory, waited until they were shot at by the Ottomans, slumped over in their horse like they’d been hit and rode as quickly as possible back to British lines.

During the escape, the rider “accidentally” dropped a haversack with fake battle plans in it. The British faked a search for the documents. The Ottomans recovered them, assumed they were real, and redeployed their forces. This led to the Ottoman defeat at the Battle of Beersheba.

The week before the attack, Allenby’s artillery divisions barraged the Turkish forces, feinting a frontal attack, similar to the first two failed offensives. In the early hours of the 31st, however, the Allies sent forty thousand men across the broken Turkish lines in a surprise attack, successfully capturing an important water supply and the city of Beersheba.

The Turks were forced to withdraw and Allenby’s forces would take the holy city of Jerusalem in December.