Today in military history: Medal of Honor is created - We Are The Mighty

Today in military history: Medal of Honor is created 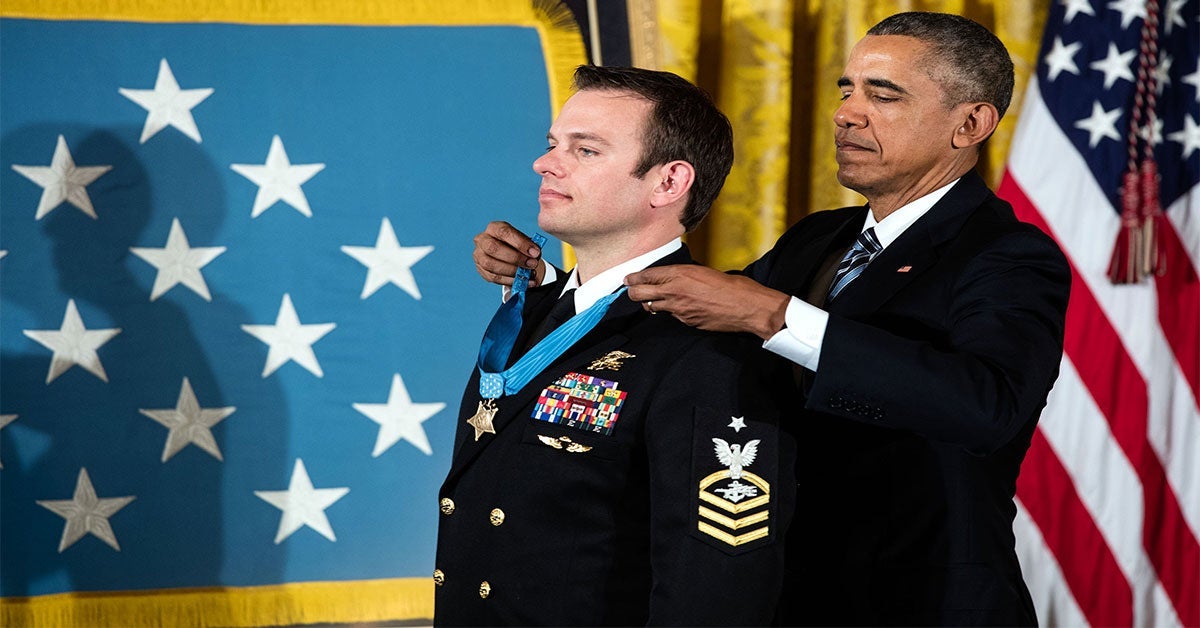 Congress first introduced a “certificate of merit” in 1847, to be presented by the President when quote “a private soldier distinguishes himself in the service.” It came with a $2 monthly stipend.

Over the years, the award evolved to honor both Army and Navy service members and in July 1862, President Lincoln signed the legislation approving the official Congressional Medal of Honor. At the time, 88 service members had already performed heroic actions that would ultimately merit the decoration.

The stipend evolved, too. Today, the Medal of Honor pension is $1259 per month as well as other benefits like Space-A travel and impressing the hell out of anyone they meet.

Receiving the Medal of Honor confers a great deal of prestige on the recipient as well as an acknowledgement that the recipient and their unit members went through an especially dire and dangerous experience or gave a heavy sacrifice for the American people. The celebrity that goes with the medal allows recipients to cast light on issues that affect veterans and active duty troops.

But in addition to the intangible benefits like honor and stature, there are some tangible benefits that the military and the U.S. government give to medal recipients to acknowledge their sacrifice, such as preferred access to military academies for their dependents and special status in the exchange of salutes. (While military members aren’t required to salute Medal of Honor recipients, they are encouraged to do so as long as the recipient is physically wearing the medal, even when the recipient is in civilian clothes. Also, while military salutes in other situations are always up the rank structure — meaning the junior soldier salutes the senior one — anyone may render a salute to a MoH recipient first. There have even been cases of American presidents saluting MoH recipients.)

There have been over 3,400 Medal of Honor recipients, 71 of whom are still alive today. If you meet one, know that you are in the presence of greatness.