Today in military history: The Red Baron is killed in action - We Are The Mighty

Today in military history: The Red Baron is killed in action 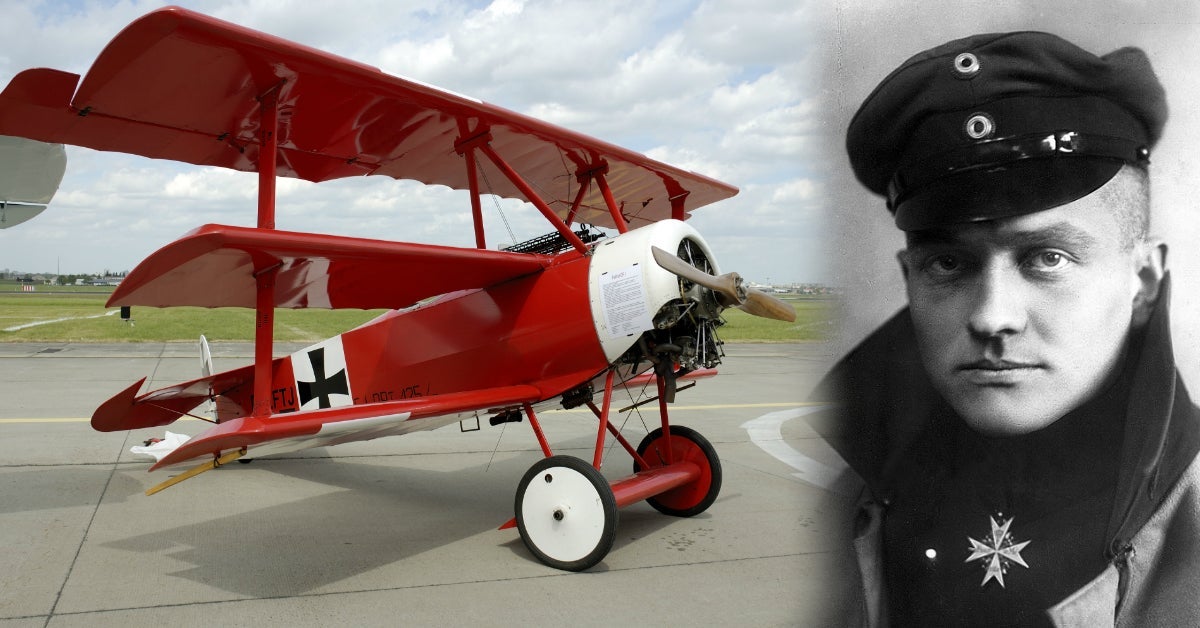 Manfred von Richthofen, known to allies and enemies as the Red Baron, was a dog-fighting legend in a time when planes were made of wood, fabric, and aluminum.

After joining the German army as a cavalryman, the Barron quickly switched to the Imperial Air Service in 1915, and took to the skies over the western front by 1916.

Between 1916 and 1918, the Red Baron downed 80 enemy aircraft, easily surpassing all flying-ace records of the time.

While many Ace pilots of the era were known for risky and aggressive aerial acrobatics, the Baron was a patient tactician and expert marksman. He preferred to dive upon his enemies from above, often with the sun at his back. His two most famous aircraft, the Albatros D.III and Fokker Dr. I, were painted bright red to honor his old cavalry regiment.

On April 21st, while hunting British observation aircraft, the Red Baron and his squadron ventured deep into Allied French territory. They quickly got into a tussle with an Allied squadron, and the Baron began to stalk a Canadian Air Force plane.

In the heat of the chase, the Baron flew too low to the ground, and was fired upon from below. Sources differ on who fired the shot, but the kill is often credited to an Australian machine gunner using a Vickers gun.

The Baron was struck in the chest by a single .303 bullet. Even as he died, he still managed to make a rough landing. By most accounts, his plane was barely even damaged.

He was buried by Allied forces with full military honors.