Today in military history: Regan challenges Gorbachev to tear down Berlin Wall - We Are The Mighty 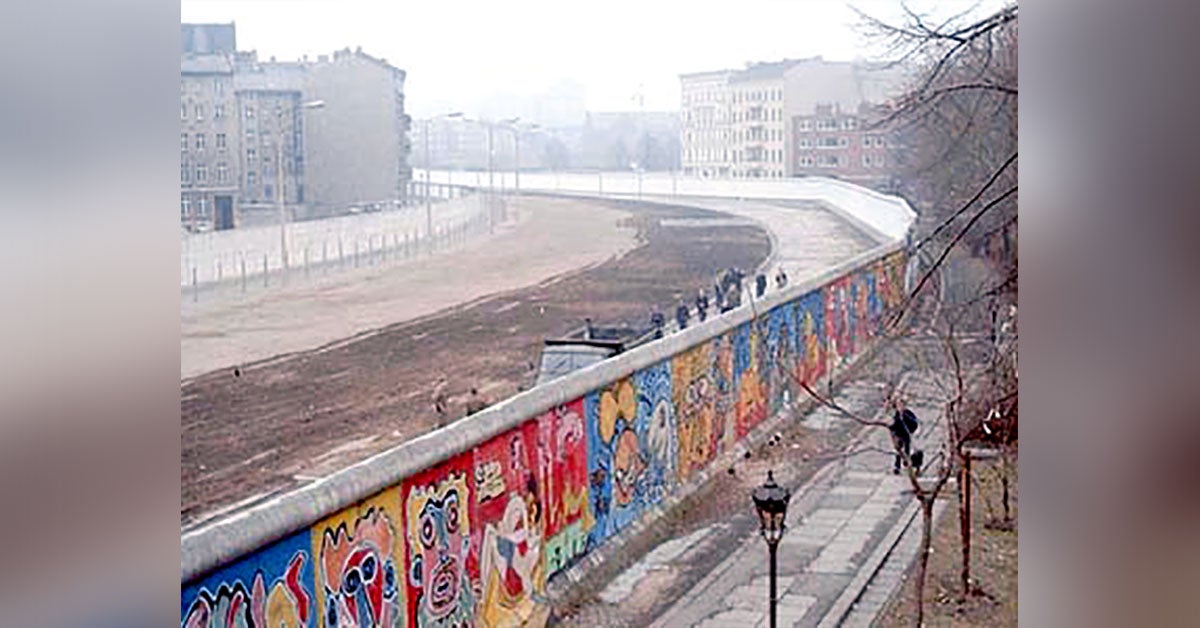 After Germany’s defeat in World War II, the capital city of Berlin was divided, with the eastern section falling under Soviet control. In 1952, the border between the two countries was closed and in 1961, during the height of the Cold War, the Soviets built the Berlin Wall to prevent East German citizens from fleeing to the west.

Standing before the wall in 1987, President Reagan famously addressed the Soviet leader, telling him that if he should seek peace, then, “Mr. Gorbachev, tear down this wall.”

Two years later, the wall was indeed destroyed, and Germany was officially united in 1990.

During the years of the Wall, nearly 5,000 people successfully defected from East Berlin to West Berlin. The number of people who died trying, however, remains unknown. Apartments and buildings near the wall were boarded and bricked up. Barbed wire fortified the structure and border guards were issued shooting orders when dealing with defectors — even women and children.

East Germans dug long tunnels under the wall, took hot air balloons, escaped through pre-Wall sewers, and in one instance, drove a sports car at full speed through early fortifications.

Officials had listed 98 deaths but a historic research group at the Centre for Contemporary History in Potsdam has confirmed at least 140 deaths. Other estimates are higher.

Featured Image: View from the West Berlin side of graffiti art on the Wall in 1986. The Wall’s “death strip” on the east side of the Wall follows the curve of the Luisenstadt Canal (filled in 1932). (Image by Thierry Noir at Bethaniendamm in Berlin-Kreuzberg)