Today in military history: Pro-communist Warsaw Pact ends - We Are The Mighty 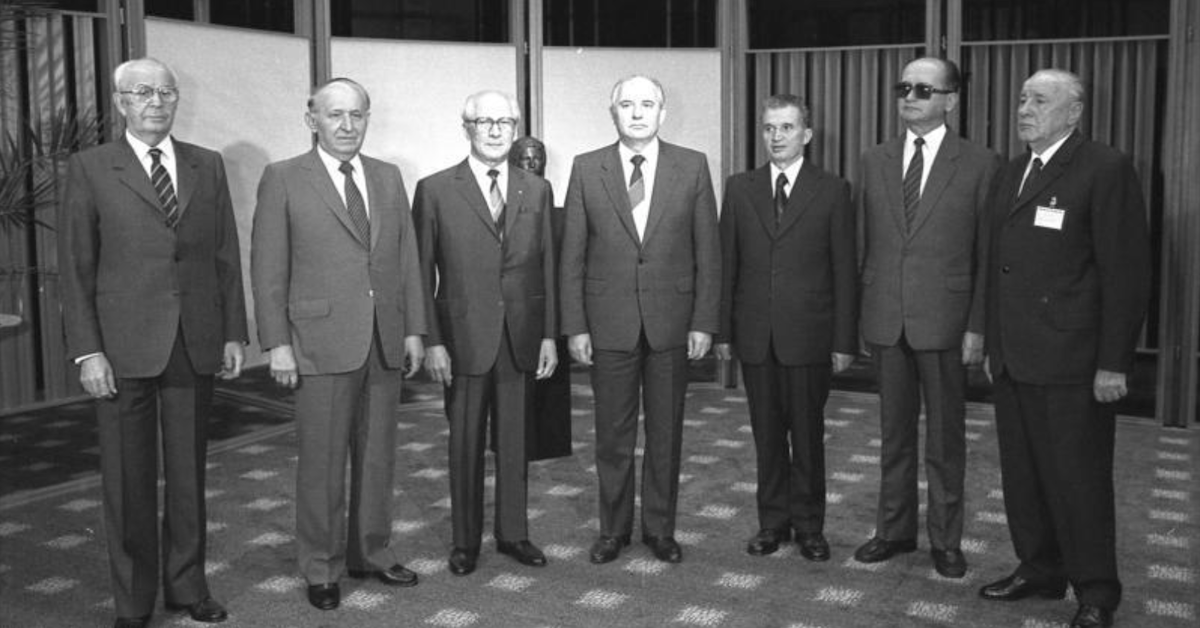 On March 31, 1991, the military alliance between the Soviet Union and seven of its satellite states came to an end.

The Warsaw Pact, formally known as the Treaty of Friendship, Cooperation, and Mutual Assistance, was formed in 1955 when NATO, the North Atlantic Treaty Organization, invited a rearmed West Germany into its numbers.

The pact served to supplement existing agreements following World War II and to serve as a response to NATO.

The Warsaw Pact included the Soviet Union, East Germany, Poland, Hungary, Romania, Bulgaria, Czechoslovakia, and Albania, and existed throughout the Cold War with the purpose of strengthening military control over Central and Eastern Europe and reinforcing Communism.

“The Warsaw Pact embodied what was referred to as the Eastern bloc, while NATO and its member countries represented the Western bloc. NATO and the Warsaw Pact were ideologically opposed and, over time, built up their own defences starting an arms race that lasted throughout the Cold War.” – NATO

IN the 1980s, the Warsaw Treaty Organization was beset by problems, including the economic slowdown in all Eastern bloc countries and political changes in most of its member states that made the pact “virtually ineffectual” according to The Office of the Historian.

By 1991, however, anti-communist sentiment grew, and in March the pact was dissolved, nearly nine months before the fall of the Soviet Union.