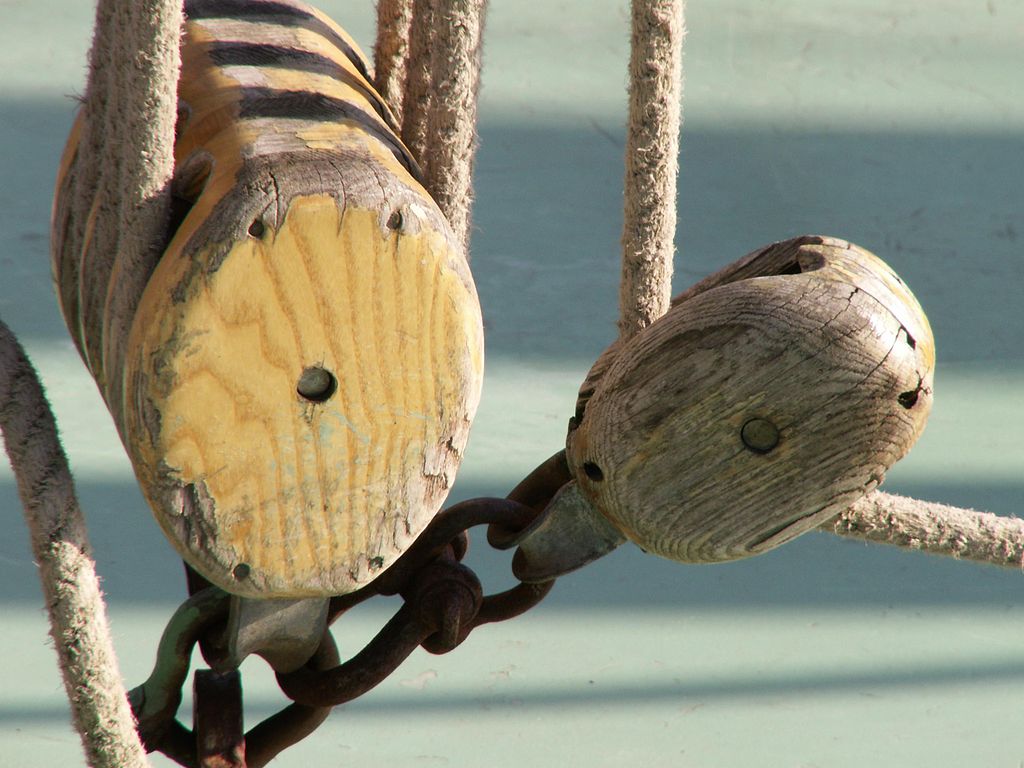 A pulley block for rigging on a sailing ship. (Public domain).

As the 19th century’s industrial revolution marched in, machines seized the majority of industrial production from workers, and factories supplanted craftsmen’s workplaces. The introduction of interchangeable parts into the guns business, which was virtually identical, laid the framework for this enormous development.

Interchangeable parts were common in the United States after Eli Whitney used them to put together muskets in the early 19th century. This allowed unskilled laborers to build vast numbers of firearms in a short amount of time at a lesser cost, as well as make restoration and reinstallation exponentially easier.

The history of interchangeable parts

The idea behind interchangeable parts was formulated to create almost identical parts that are easy to mass-produce and reinstall. The identical components are afterward fixed together to form several products such as weapons, furniture, watches, and plenty of other complicated items. This made it better for the handymen who created these parts manually. Things like guns were handmade in the past, allowing each to be unique in its own way. It was impossible to create two identical firearms detail by detail. As a result, the process took longer and would affect war negatively, especially if a lot of weapons were required within a short period.

Rifles were the most common weapons made by skilled artisans before the dawn of interchangeable parts. If a part of the rifle broke during use, it would be nearly impossible to find replacements. Instead, they would recreate the whole weapon all over again. Interchangeable parts made it simple, faster and cheaper because craftsmen could now reinstall specific parts without sweating too much. With the massive weapons production, the soldiers could now have access to functional firearms almost instantly. While it may be difficult to state the origin of interchangeable parts precisely, historians claim that the initial interchangeable parts resulted from the industrial revolution.

How it changed the course of war

The Industrial Revolution became one of the most significant occurrences throughout history, profoundly altering people’s lives all across the world. The revolution started in Britain, but its ramifications later expanded throughout Europe, the United States and Asia. The industrial revolution took place in phases. In the late 1700s, when Eli Whitney started his business, several wars were being fought, and the craftsmen were given contracts to make guns and other war weapons.

Eli was given a contract to supply the US Army with weapons in the early 1800s, boosting the ongoing war course. He assembled thousands of weapons, making him the pioneer of interchangeable parts in the weapon sector. By the time the Revolutionary War began, the United States government was equipped with soldiers for the campaign and thousands of weapons. Were it not for the invention of interchangeable parts during the Industrial Revolution, the war would have been hard to win with the few weapons the craftsmen could make.

Even after Eli Whitney passed on, his works went on as the US government found it very convenient and less costly compared to buying new weapons every time a firearm malfunctioned. The impact of interchangeable parts was huge and felt by the whole world. It proved effectiveness, sufficiency and speediness. Even those with less experience in gun making and weapons crafting could now participate in the activity, unlike before when experts were the only ones allowed to craft. Additionally, interchangeable parts improved the quality of the weapons by more than 20%. However, the more mass production was normalized, the more laborers lost their jobs. While the US Army benefited, the ordinary citizen suffered job loss.