Today in military history: US Senate repeals Tonkin Gulf Resolution - We Are The Mighty 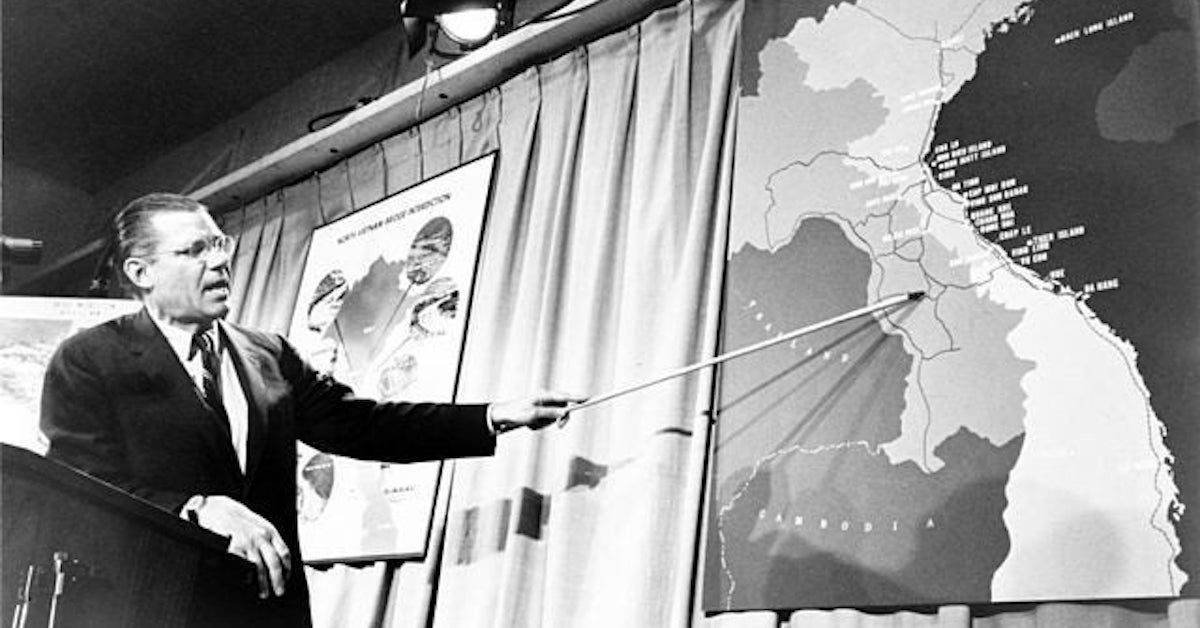 The Gulf of Tonkin Incident was the catalyst for the escalation of American action in Vietnam. It refers to two incidents in August 1964. On Aug. 2, the destroyer USS Maddox was shelled by NVA torpedo boats. The Maddox responded by firing over 280 rounds in return. There was no official response from the Johnson Administration.

The pressure mounted however, with members of the military, both in and out of uniform, implying Johnson was a coward. On Aug. 4, the second incident was said to have happened, but Secretary McNamara admitted in Errol Morris’ 2003 documentary The Fog of War the second attack never occurred. The Pentagon Papers even implied that Maddox fired first in an effort to keep the Communists a certain distance away.

The resulting Gulf of Tonkin resolution passed by the U.S. Congress gave President Johnson – and subsequently, Nixon – the authority to strike back in southeast Asia against Communist aggression, even without a declaration of war from the Senate.

On June 24, 1970, the Senate voted to repeal the resolution as part of an amendment to the Foreign Military Sales Act. However, the Nixon Administration continued to fight the war on the legal grounds that Nixon had the inherent authority as Commander-in-Chief, until the United States withdrew in 1973.

The American experience in Vietnam was a long and painful one for the nation. For those against the war, it appeared to be a meat grinder for draftees, unfairly targeting the poor, the uneducated and minorities. For those in favor of the war and those who served in the military at the time, the American public and media were (and still are) misled about what happened during the war and so feel betrayed by many at home (Jane Fonda is the enduring symbol of the cultural schism).