Top 5 Marine Corps war-torn battlefields - We Are The Mighty 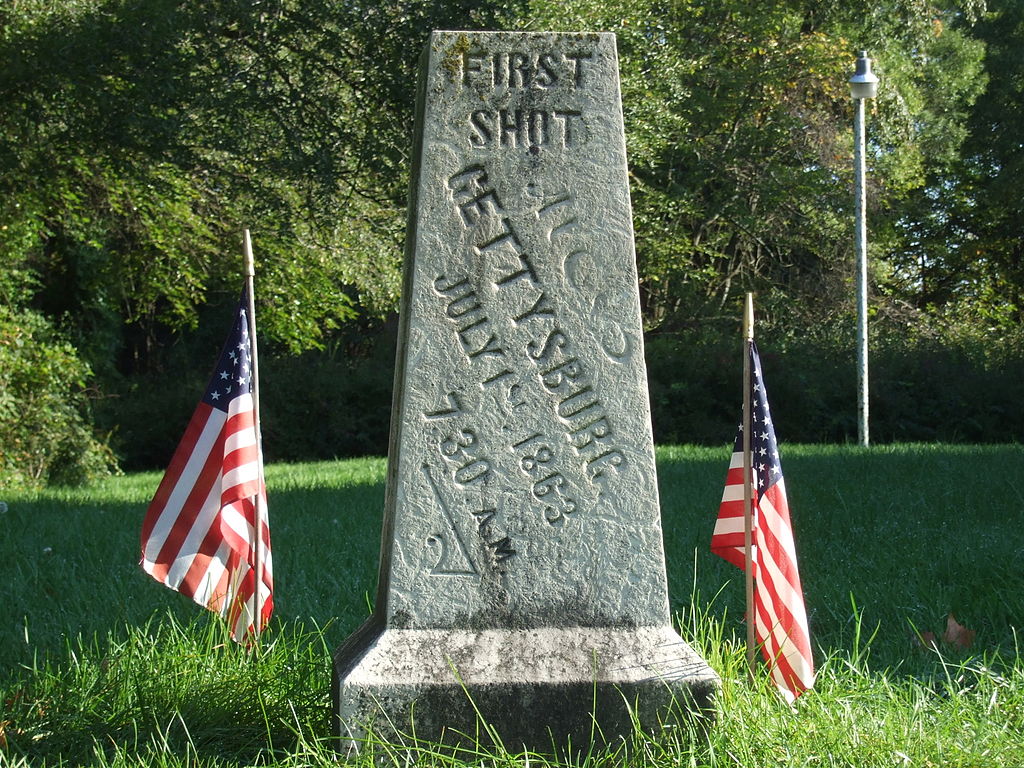 Marker commemorating the first shot fired at the Battle of Gettysburg at 7:30 am on July 1, 1863, by Lt. Marcellus Jones.

For the past 246 years, the United States Marine Corps has fought wars worldwide, earning a reputation as an irresistible juggernaut. The marines often have been entrusted with doing the seemingly infeasible while being encircled, outmanned and outgunned. Nonetheless, the US Marines often emerge victoriously.

Here are the top 5 USMC battlefields:

This was among the most iconic wars, usually described as the legend of the Marine Corps. The battle of the Chosin Reservoir began in 1950 when U.N Military Personnel, under the instruction of General MacArthur, captured the whole of North Korea. In the event, the U.S had no choice but to drawback as they had been encircled and were outmanned. The Marine Corps withdrew to the coast to save themselves, even though their commander insisted it was a fighting tactic.

After figuring out another war tactic, the Marine Corps fiercely fought the Chinese, leaving them surrounded. They even rebuilt the bridge that the Chinese had destroyed during the process. When the war was over, 836 US Marines were dead and close to 10,000 casualties. The Chinese experienced worse losses as six of their divisions out of 10 had been annihilated. Although the Marines suffered losses, the battle of Chosin Reservoir remains one of the most renowned wars in history.

The Battle of Gettysburg

While many battles have been fought since the establishment of the Marines, the battle of Gettysburg remains the largest Civil War and the most brutal battle ever fought in North America. The war was fueled by the defeat of Union General George Meade. Feeling the need to exploit the recent triumph, George’s opponent, Lee, led his army on a second storming into the Northern States to thwart the Union in their territory, expecting to gain European countries’ acknowledgment of the Confederacy. Contrary to what Lee’s army expected, he was defeated, leaving him humiliated.

The Battle at Hue City

During the Tet Offensive, the North Vietnamese seized Hue City after a string of synchronized attacks on more than 100 American and South Vietnamese positions. A battle to reclaim Hue City started in February 1968, lasting close to a month. The Marines frenziedly chased the North Vietnamese troops from the City. Marines and soldiers had been assigned to clear out the enemy troops from the City, while the Vietnam Republic Army cleared the Northern sections. Since the U.S. battalions were untrained for the task, they had to devise tactics instantly to help them tackle the enemy. Fatalities were high on both sides, but the Marines and soldiers emerged triumphantly.

The 2nd Battle of Fallujah

According to American troops, the 2nd battle of Fallujah was the most fatal experience during the Iraq conflict. Since Hue City, Marine Corps had not been involved in such a bloodbath. The American, Iraqi and British governments joined forces to chase the insurgents from Anbar province. More than 4,000 enemy troops were in the city, making it even more challenging for the Marines. The enemy had prepared for the battle by setting traps and spider holes. They even had propane bombs situated in buildings. When the civilians saw this, they fled the city, allowing the joint forces to launch assault without worrying about civilian casualties. The worst part of the battle was the first six weeks. By December 2004, more than 2,000 insurgents had been killed and 1,200 seized. The joint forces did not have many casualties.

The Battle of Sangin

The Sangin River Valley had been suspected to be the base for the Taliban and a center of opium production. Marines took charge of the mission, replacing the British forces that had tried conquering the region. The campaign lasted for almost four years, leading to many Marine Corps casualties and deaths. By 2012, Sangin was transformed into a normal rural area, free of the Taliban.