Top 6 bird calls to perfect before deploying to Asia 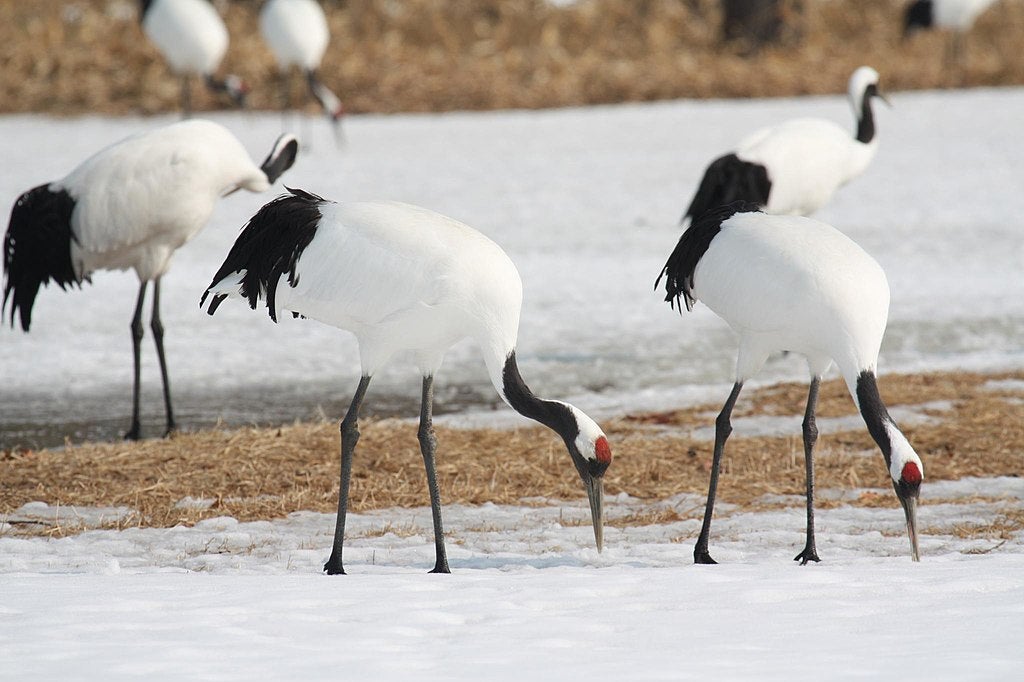 Asia is blessed with hundreds of bird species, commonly observed in urban and rural areas. Bird watchers often travel to Asia to witness these exotic breeds, although some are difficult to spot. Given this spiritual significance and cultural intertwinement, it is important to perfect bird calls or familiarize yourself with some of these birds before deploying to Asia.

Like the brown pheasant, this bird was chosen by China to symbolize it. Since everything in China has a meaningful story based on its beliefs and heritage, the Manchurian crane is no exception. The bird symbolizes prolonged survival, good fortune and adherence. Due to its massive, exotic and vibrantly colored feathers, Manchurian Crane stands as the most attractive.

The bird’s preferred habitat includes grasslands, high valleys and swampy grounds. It has an upstanding, high neck that adds to its magnificent appearance and long mighty wings to aid flight. Manchurian Cranes are monogamous, hence staying with the same mate for life. Due to natural courses, only one chick from the couple can survive each year, making the bird’s reproduction short. Fortunately, the bird can generally live for about 60 years.

This is among the most popular birds in Asia and is formally named Grus nigricollis. The Black-necked Crane is native to China, but it is primarily worshiped in Bhutan as Buddhist doctrine. They are also socially secured all through their scope. The black-necked crane is almost identical to the red skull crane but with the added benefit of being easy to breed in captivity. This bird is identified by the grey-white feathers on its body and has a black neck and tail. Since the bird is in the migratory category, it shelters in South China’s Hengduan during winter and heads back to Qinghai-Tibet Plateau during early spring to mate.

According to research, the white-crowned pheasant is only found in China, making it an exceptional bird. Due to its enormous wings, the bird has a great flight range and flies at a higher speed than its relatives. When food is scarce, the white-crowned pheasant moves to different locations, explaining why it is often classified among regional birds. The bird mainly feeds on fruits, cereals, beans, oats, tubers, worms and insects.

The Crested crow, otherwise known as the jungle crow, is a bird species primarily found in Sakhalin, Kuril, and Japan. Like its subspecies, the bird is identified by its long beak with a wide arched top. This bird can easily be mistaken for the regular crow found in other parts of the planet. To distinguish it from the common crow, check for a light-black face, throat, wings and tail.

This is probably the most popular bird in Russia. Because its primary food is rodents, it can be located in various natural environments such as highlands, coasts, and dunes. However, it prefers to stay on level terrain with many of its prey. This bird’s feathers are dark brown and encompass almost its whole body. When young, the eagle presents with a reddish plumage but changes to dark brown as it becomes an adult.

The peacock is commonly associated with Indians as the country’s bird population is enormous. Peacocks naturally live in dry or humid forests and may often be spotted on farms. Due to its familiarity with humans, the peacock can live peacefully in villages. These birds often live near water sources and love to feed on grains. The male peacock is the most colorful gender, constantly attracting females for reproduction. Generally, peacocks are characterized by bright tails, mainly depicting bronze or copper reflections.