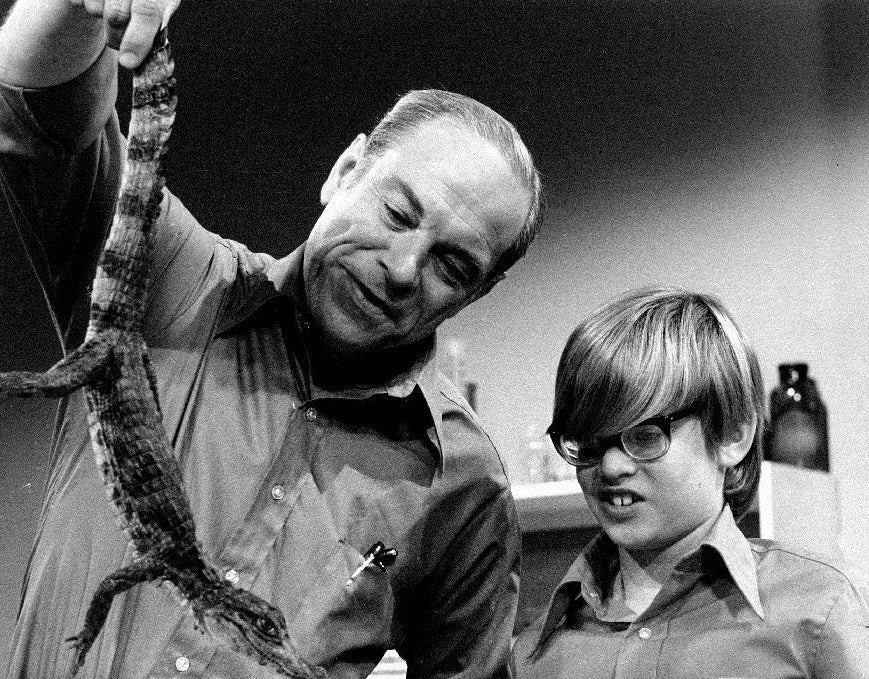 Depending on how old the person reading this is, they might remember a time when Don Herbert, also known as “Mr. Wizard,” took to the airwaves to make children’s television. There was nothing magical about what Mr. Wizard showed children, however: his specialty was science and technology.

Between 1951 and 1990, with a couple of gaps in-between, Herbert’s shows, “Watch Mr. Wizard” and “Mr. Wizard’s World” wowed children on weekend mornings, a solid break from a cavalcade of animated cartoons and junk food commercials.

Don Herbert was not a trained scientist, however. He was an English major who became interested in drama in his later years of school. He briefly became an actor, but that career change was interrupted by the U.S. entry into World War II.

Herbert initially enlisted in the U.S. Army as a private, but he would later join the U.S. Army Air Forces, take pilot training as an aviation cadet and found himself in Italy during the war, flying B-24 Liberator Bombers. He flew 56 combat missions at a time when a B-24 crew was expected to be killed between eight and 12 missions.

When he left the Army after World War II, Herbert had been awarded the Distinguished Flying Cross and the Air Medal with three oak leaf clusters. He would soon go from being called Capt. Don Herbert to being known around America as Mr. Wizard.

Starting in March 1951, “Watch Mr. Wizard” depicted the actor performing seemingly impossible science experiments alongside a young boy or girl. The experiments, once completed, were found to be easier than expected and easily replicable by young children at home. The show initially ran until 1965, but viewers began creating “Mr. Wizard Clubs” all over America and, despite being off the air, the show’s popularity never waned.

Products with ties into the show were still remarkably popular throughout the country as well. Teachers used Mr. Wizard science kits in their classrooms, as well as books and film reels that helped science teachers teach the principle foundations of the subject. This led to a revival of the show in Canada for one season in 1971.

By 1983, Mr. Wizard was still a household name, so producers decided to revive it once more, this time with a faster pace that was more appealing to children of the day. The show, “Mr. Wizard’s World,” also aired on Nickelodeon three times per week. On top of that, Herbert developed a series of 15-minute episodes designed just for use in American classrooms, called “Teacher to Teacher.”

The show was so popular, Don Herbert was one of David Letterman’s first guests when “Late Night with David Letterman” began its run in 1984. “Mr. Wizard’s World” aired on the children’s cable network until 1989, but reruns were still shown to children as late as 2000 and were a foundational show on the newly-launched Science Channel between 2005 and 2006.

“Mr. Wizard” Don Herbert received a Peabody Award for his pioneering work with children and science, and when he died in 2007, the U.S. Congress passed a resolution recognizing his contribution to teaching generations of Americans.

In Herbert’s obituary, Bill Nye (also known as “the Science Guy”) wrote, “Herbert’s techniques and performances helped create the United States’ first generation of homegrown rocket scientists just in time to respond to Sputnik. He sent us to the moon. He changed the world.”