Despite adopting SIG sidearms, the Army awarded Glock a $15 million contract - We Are The Mighty 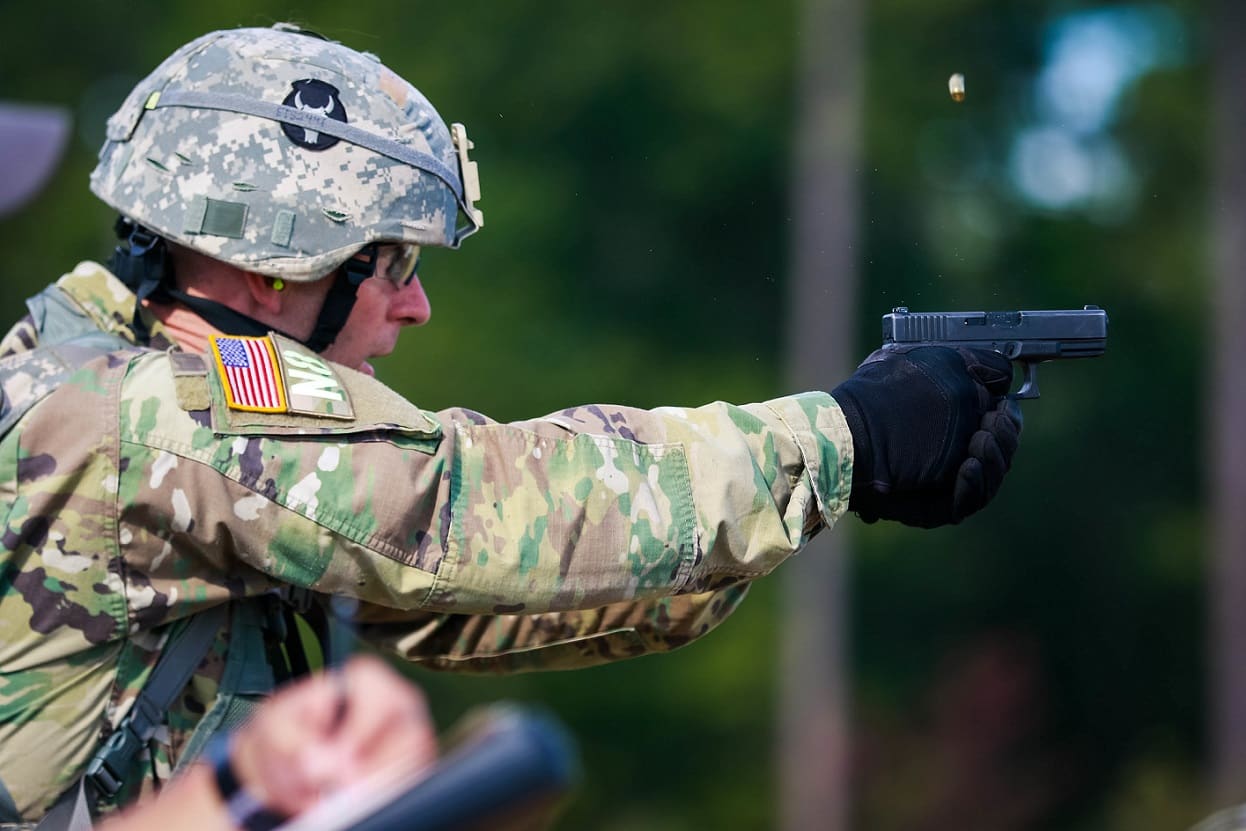 In 2017, the Army announced SIG Sauer as the winner of the XM17/XM18 Modular Handgun System competition. The other branches also adopted the M17/M18 and SIG became the supplier of the military’s new official sidearm. However, SIG’s main rival in the competition still managed to get a contract of their own.

In September 2021, the Pentagon announced a five-year, $15 million contract to Glock in Smyrna, Georgia “for various firearms, spare magazines, and spare parts.” Although the company didn’t win the $580 million MHS contract with its submission of the 19X, other Glock firearms remain the sidearm of choice for special operations units.

According to a publication by the Picatinny Arsenal, the 2021 contract fulfilled a solicitation to “procure non-standard weapons/commercially available Glock weapon systems.” The solicitation included up to 1,500 Glock 17s, 5,000 Glock 19s, and 2,200 Glock 26s spanning model generations 3 through 5. Also included were the Modular Optic System, threaded barrel, and night sight models.

Although the SIG P320-based M17/M18 is the military’s official sidearm, the Marine Corps officially adopted the Glock 19M, developed for the FBI, as the M007. The compact, double-stack, 9mm handgun is issued to criminal investigators and members of the Presidential Helicopter Squadron One. Marine Raiders and the Army’s Special Forces have also been seen carrying Glock sidearms, often extensively modified. Additionally, the Coast Guard rejected the adoption of the M17/M18 through the Department of Defense and instead acquired 9mm Glock models through the Department of Homeland Security’s CBP contract.

Although the new contract does not state who the Glocks will be issued to, it did note that “all pistols should be delivered without restrictions for re-export by the United States Government (USG).” Coupled with the use of Glocks by special operations, it’s entirely plausible that the new contract will supply covert units conducting unconventional operations around the globe.