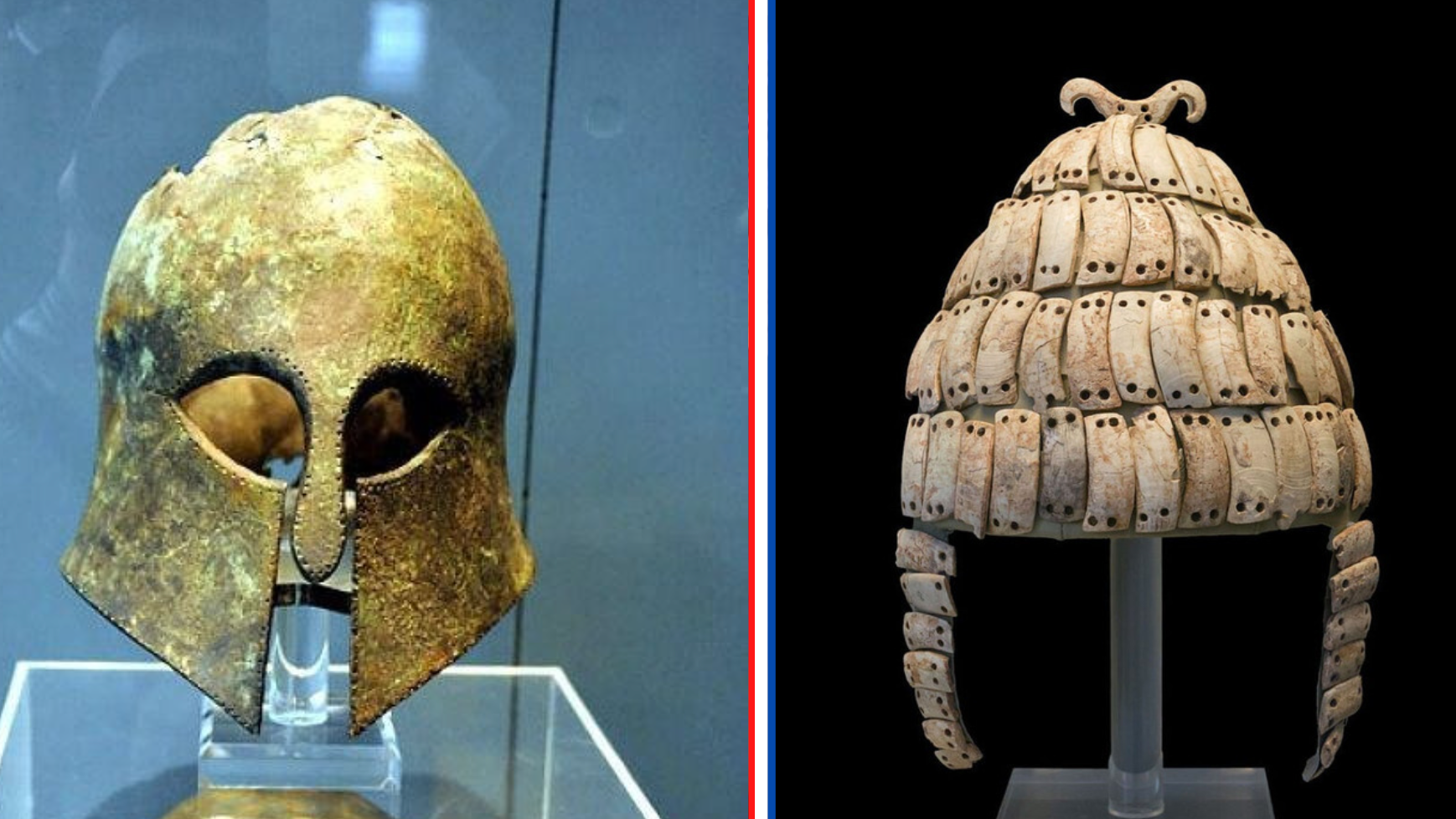 Military helmets are as old as war and are one of the first protective gears invented to protect the soldiers in battle. Countless ancient empires and kingdoms used helmets made from various materials such as brass, bronze, steel and iron. These helmets stood out as they possessed a superb sculptural beauty and were accentuated by ornate elements like embossed geometric patterns and crests, a comb of horsehair and symbols.

Throughout different periods and cultures, the elaborate decorations helped distinguish various armies on the battlefield. Emperors, kings, knights and those in their immediate command often wore helmets with intricate features. Nevertheless, there were those that were outstanding both in structure and functionality.

The dragoon helmet was a combat gear whose primary material was steel accented by a brass crest worn by dragoons in battle. Dragoons were mounted soldiers who had skills in both horse riding and infantry fighting skills. It was also accentuated by a long black horsehair mane or plume and a panther fur “turban” replica. By the end of the 18th century, the helmet evolved to have a taller look and a metal skull with a removable feather plume at the side commonly worn during ceremonies. As the centuries went by, the helmet had more practical designs.

In ancient Greece and Rome, soldiers used the Boeotian helmet, made of bronze and weighed approximately four pounds. The exceptional helmet allowed soldiers to have good peripheral vision and unimpaired hearing while in battle. It was characterized by a domed skull and a down-sloping brim that protected the back of the neck. Still, it had downward-pointing folds that covered the face. For decoration, soldiers adorned it with various feather plumes. The Boeotian helmet had immense practicality; hence, it was used primarily by mounted troops.

Unlike all other helmets, the Mycenaean Boar’s Tusk Helmet was made from boar’s tusks sewn together and attached to a leather base padded with felt. The military helmets were adorned with horns, horsetails, and crests. During the 17th century, the boar’s tusk helmets were significant in the Mycenaean era as soldiers used them in the trojan war. It shielded them against flying blade edge blows and slings. Although the helmet proved beneficial, approximately 40 to 50 boars would be killed to make just one helmet.

The infamous Corinthian helmet derives its appellation from the ancient city of Corinth. It was contemplated as a trendy helmet during the feudal days. The helmet was made of bronze and lined with leather for comfort. The bronze brought great benefits to the soldiers as it would heat and cool with the environment, blocked a direct arrow shot and protection from edged weapons. At the same time, it had a large, curved protrusion that protected the neck.

The galea helmet was commonly worn by Roman Legionnaires in the Roman Empire. The masterpiece dates back to 1st century through 4th century. To provide comfort to the legionnaires, the helmet had padding made from thick wool. Aside from that, they provided sufficient protection as they had features such as a sloped neck guard that protected the neck and a rounded top that shielded soldiers from edged and missile-type strikes. Over time, the helmet had iron bars that were riveted along the length of the helmet to protect the brain falx.

Military helmets were an essential attire for soldiers on the battlefield. Despite being critical components throughout history, they were also practical and magnificent.