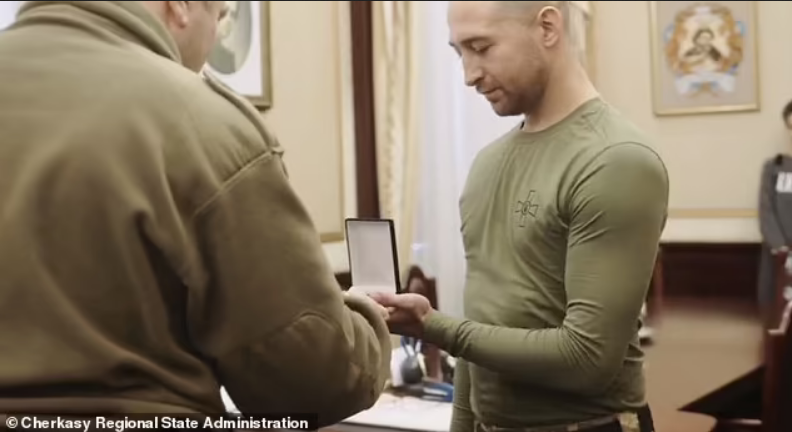 The story of Snake Island and its defenders have come to embody the spirit of Ukrainian resistance during the 2022 Russian invasion. On February 24, during the initial Russian multi-front offensive, two Russian warships approached the small Ukrainian-held island in the Black Sea. One of the Russian vessels radioed for the 13 Ukrainian border guards to lay down their arms “to avoid bloodshed and unjustified deaths.” In response, one of the border guards radioed back, “Russian warship, go f— yourself.”

The curt and defiant reply by the Ukrainian border guard became a rallying cry for Ukrainians and their supporters all over the world. The Ukrainian postal service even launched a stamp to commemorate the event aptly named, “Russian warship, go f-k yourself!” Initial reports erroneously stated that all 13 border guards had been killed in defense of the island. In reality, the defenders were captured and detained by the Russian Navy.

Following a prisoner swap between Ukraine and Russia, at least one of the Snake Island border guards returned home. Roman Hrybov, who reportedly radioed the now famous response to the Russian warship, was given a hero’s welcome upon his return to the Cherkasy Region. On March 29, the Cherkasy Regional State Administration announced that regional governor Igor Taburets presented Hrybov with a medal “For Merits to Cherkasy Region.”

The video of the award presentation included statements from both Hrybov and Taburets. “I want to say a big thank you to the Ukrainian people for such support,” Hrydov said after receiving his award. “We strongly feel this support, it inspires us.”

Taburets highlighted the importance of recognizing bravery on the battlefield. “I think that Ukraine should really know its heroes and Cherkasy should know its heroes,” he said. “The most important thing is that he survived, in spite of moral pressure, in spite of everything, and he will be an example for our Ukrainians and the people of Cherkasy.”

As the war in Ukraine persists, Ukrainian military, border guards, and civil defenders continue to risk their lives on the frontlines in defense of their country. Their defiant spirit is supported by the international community through incredible organizations like World Central Kitchen and TAPS Ukraine.