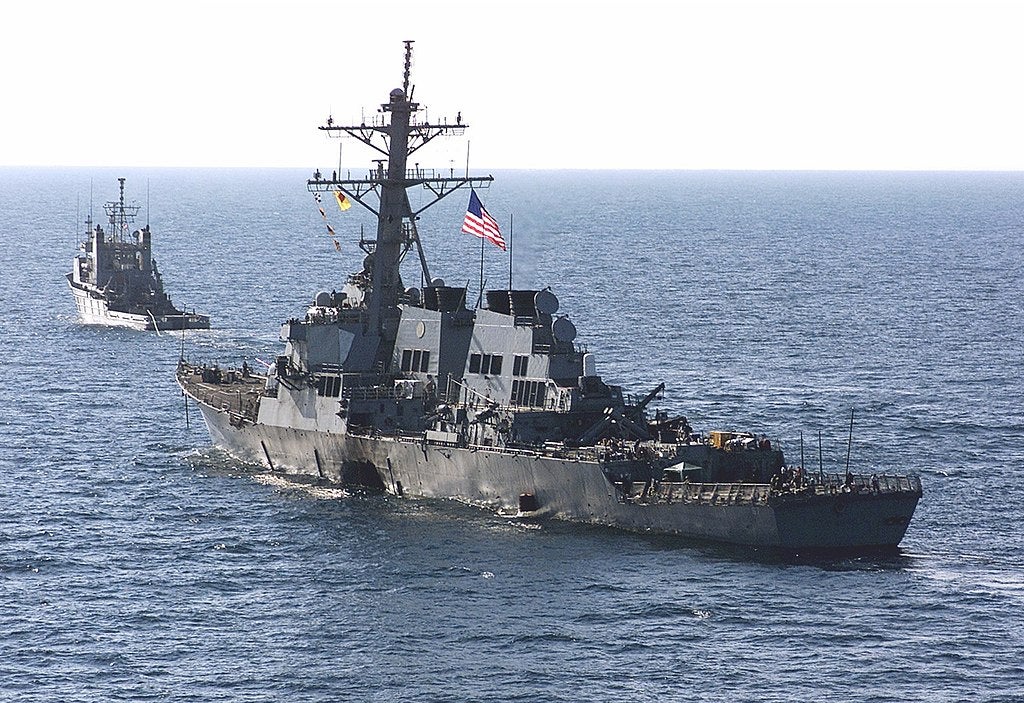 The USS Cole was refueling at Aden, Yemen, when it was struck on the port side by a small rubber dinghy loaded with explosives. The detonation blew a 40 by 40 foot hole in the Cole, killing 17 sailors and injuring 39 more. The crew managed to stop the flooding that ensued and keep the Cole afloat.

The dinghy was manned by two suicide terrorists alleged to be members of al Qaeda, but no conclusive evidence has been found. The arleigh-burke class destroyer was only scheduled to remain in port for four hours, so it is likely that the terrorists had detailed information about the Cole’s itinerary when they managed to approach the ship unchallenged.

On Jan. 6, 2019, Donald Trump reported that the U.S. military killed the terrorist mastermind believed to have orchestrated the deadly attack. Jamel Ahmed Mohammed Ali Al-Badawi, an al-Qaeda operative on the FBI’s most wanted list, was killed during a strike in Yemen’s Ma’rib Governorate, a US official told CNN. He was struck while driving alone. The U.S. says there was no collateral damage. Al-Badawi had been picked up by Yemeni authorities multiple times since the bombing; however, he repeatedly managed to escape justice — finally it was confirmed that Al-Badawi was the target of a Jan. 1, 2019 airstrike that successfully killed him.