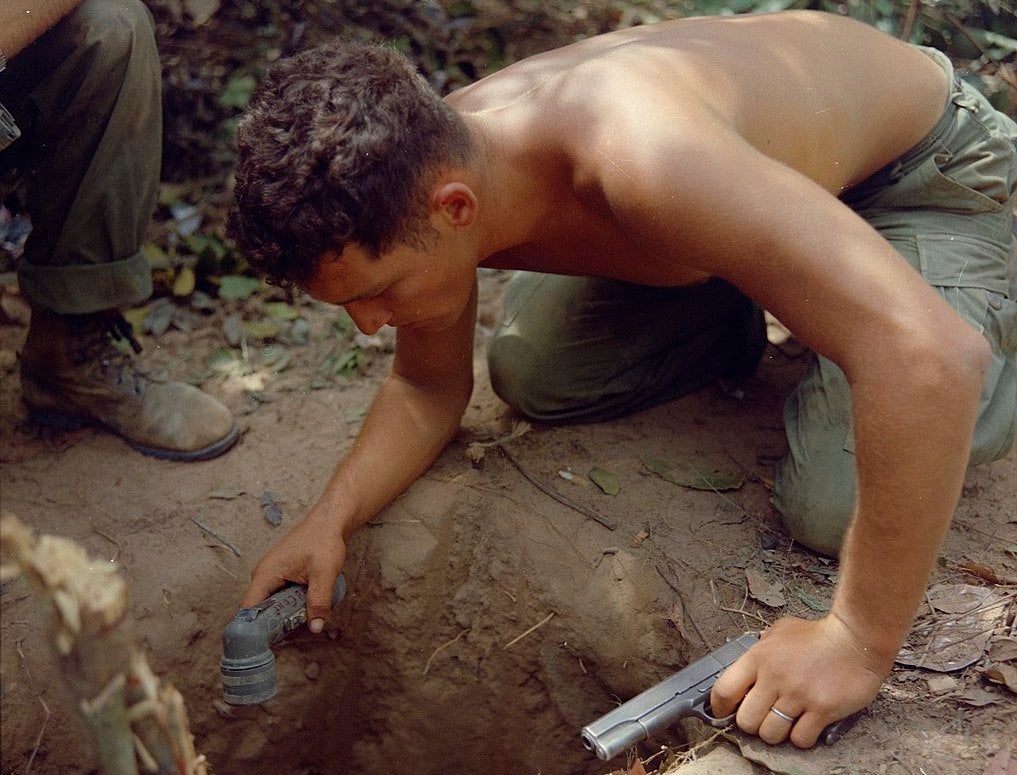 Every generation of military personnel has its tailored language, but the most prominently used military slang is from the Vietnam War Era. The location of active military personnel, their quest, and their allied forces contribute to a distinct lingo that is hard to erase. However, the same lingua franca isn’t always respectable and can be offensive to people. That is why some of the distinct lingoes are no longer used, as they can get you into trouble.

As you may have already guessed, Coka is a Vietnamese word derived from Coke. While it may be tempting to think that this was a name given to women who sold Coca Cola, it has a different meaning. During the Vietnam War, the times were tough, and women had to find other ways of making ends meet other than depending on their husbands, who were already on the battlefield. Women, therefore, make ends meet by selling items. The word Coka Girl was often used to refer to those women who sold any item except their bodies. They had connections to find almost everything people wanted. Whenever soldiers deployed in Vietnam wanted to get gifts for their loved ones, they would find a Coka Girl to help them.

When the Vietnam War erupted, the world was already moving towards a new fashion era. This means many styles had been realized, and people were embracing them like never before. There was a group of people who would walk differently to match certain tunes, what today we call swagger. Diddy-bop was a term used to refer to this kind of walk, but it was always in a sarcastic and often derogative way. Although the military coined the term, it spread out like fire, and others started using it.

Imagine being referred to as a donut dolly and not doing anything about it. It is both offensive and sort of interesting, but no one in this era would like to be called a donut dolly. During the Vietnam War, this was a name used to refer to Red Cross’s vibrant women who were put on duty in several back places and were responsible for managing service clubs for the soldiers. They would often inspire and amuse the soldiers during difficult times. Some Donut Dollies would even go to the extent of visiting the soldiers in remote bush areas.

Although it was not a crime to seek prostitutes, most men did not want to let it out in the open. This was when the term flower seeker was coined to mean men who are a liberty risk, or more aptly to describe men who searched for women with dare we say, “loose standards.”

Drug abuse in the military was a problem for the longest time during the Vietnam era and one of the most challenging thing officials had to deal with. Some soldiers indulged in drug abuse to relieve some stress and forget about their reality, even for a moment. This is understandable because war can come with a lot of stress but counter productive because alertness is key for survival. During the Vietnam War, some men would use drugs such as heroin and marijuana. As such, other soldiers who never used drugs during their deployment would refer to them as heads.