Today in military history: Marines in Beirut attacked by suicide bomber - We Are The Mighty 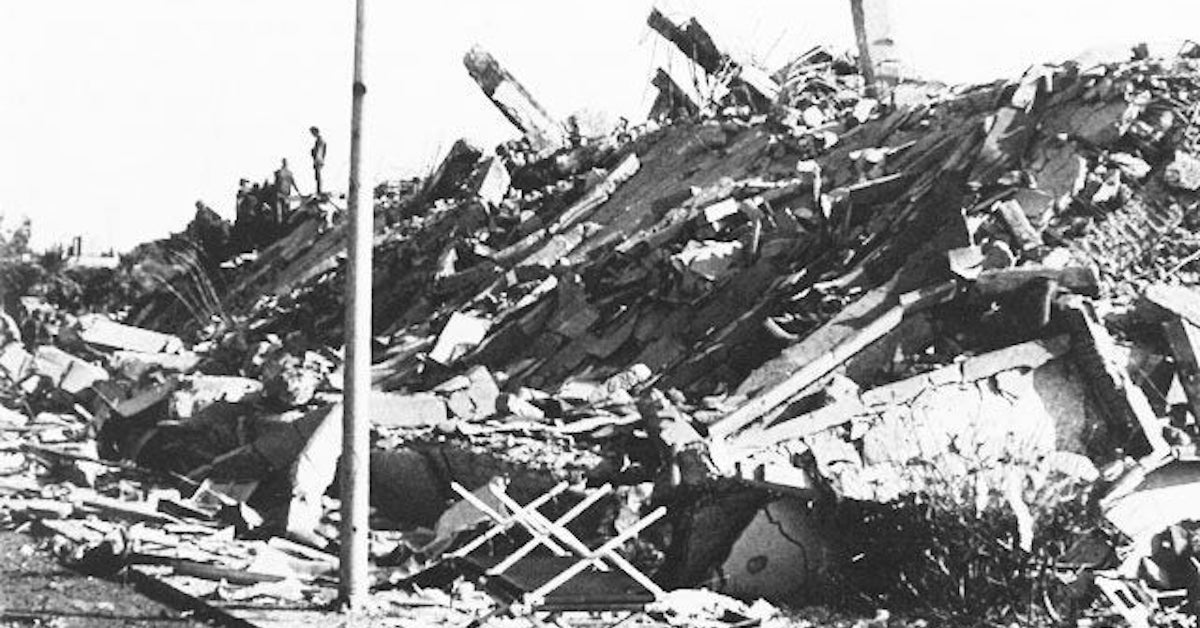 Part of a multinational peacekeeping force, the U.S. Marines in Beirut were staying in an old Israeli Army barracks near the Beirut International Airport. The eighteen hundred Marine peacekeepers maintained a non-martial stance, with a relatively unfortified perimeter, unloaded weapons, and a trust in the two-foot walls of the barracks.

At 6:20 in the morning on Oct. 23, a suicide bomber drove a truck with two thousand pounds of explosives into the barracks, killing 220 Marines, 18 sailors, and 3 soldiers. It was one of the most powerful and lethal car bombs ever detonated.

After the attacks, defensive strategies shifted to include bollards and barriers designed to mitigate car ramming attacks.

In 2018, a federal judge awarded a $920 million judgment to 80 victims of the 1983 bombing of a Beirut USMC barracks. The judgment was against the government of Iran for supporting Hezbollah, the terrorist organization responsible for the bombing.

Cohen Milstein Sellers Toll PLLC, a national plaintiffs’ law firm, filed the lawsuit in 2014, suing Iran on behalf of the victims of the attack. While foreign nations are normally granted sovereign immunity from U.S. lawsuits, Cohen Milstein argued that compensation was due under an exception to the Foreign Sovereign Immunities Act, which allows citizens to sue foreign countries if they are victims of state-sponsored terror. Cohen Milstein argued that Hezbollah perpetrated the attack at the direction and with the support of Iran.

U.S. District Judge Royce C. Lamberth granted the judgment after Iran failed to respond to the lawsuit, awarding roughly $207.2 million in compensatory damages and $712.8 million in punitive damages to a plaintiff group made up of service members injured in the Beirut attack and the estates and family members of those who perished.