Filipino soldiers wore helmets made from coconuts during WWII 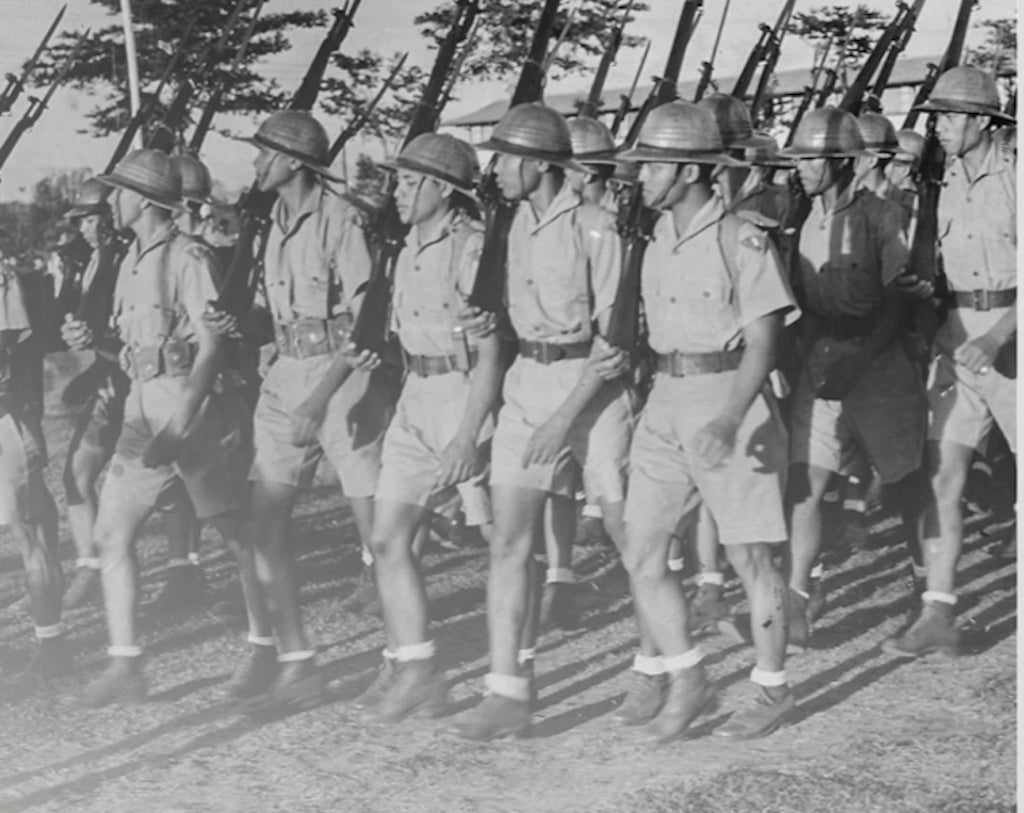 Following the Spanish-American War, the Philippines ceased to be a Spanish colony. Instead, the islands became the largest colonial commonwealth of the United States. Alongside American units from the states, Filipino soldiers formed native units trained and equipped to defend the islands from foreign invasion…mostly.

Despite the economic and strategic importance of the Philippines, military preparedness stagnated following WWI. In fact, despite the widespread use of steel helmets during WWI, the Philippine Constabulary and Commonwealth Army were not issued such protective gear. Rather, their helmets were made of the pressed fibers of coconut husks.

Called the guinit, or Filipino Sun Helmet, the headgear resembled a European pith helmet. The guinit featured a domed center and a broad rim that went all the way around. Its rim narrowed at the sides and extended over the front and back. Although the coconut husk construction offered little to no protection from bullets and shrapnel, the guinit helmet shielded its wearer well from the scorching Filipino sun.

Though historians have not pinpointed the exact origin of the guinit helmet, it was likely developed parallel with the first Philippine Commonwealth Army uniforms in 1935. By the time of the Japanese invasion in 1941, it was standard issue in most Philippine Army units, including the fledgling Army Air Corps and Navy torpedo unit. One exception were the Philippine Scouts. Under the command of U.S. Army officers, the Philippine Scouts were issued more modern gear like steel helmets and even the M1 Garand.

Notably the guinit helmets were part of Philippine President Manuel L. Quezon’s efforts to boost the Filipino economy and make the Army self-reliant with locally produced gear. “That’s why the garrison belts used for training were made of abaca, the blankets came from Ilocos, the guinit hat from Quezon,” said Resty Aguilar, Executive Director of the National Historical Commission. Like British pith helmets, the officer version of the guinit helmet sported a colored puggree. The cloth band denoted the branch of service: blue for Army and red for Constabulary.