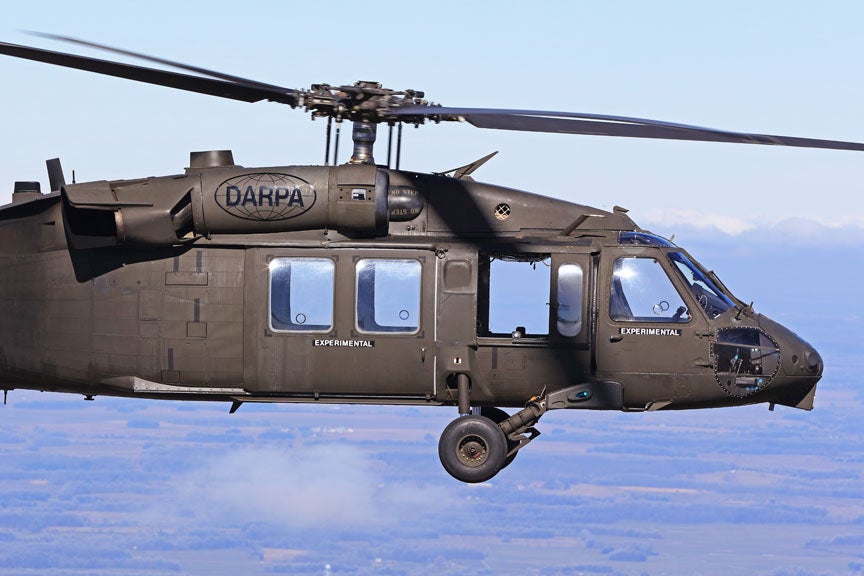 On February 8, 2022, Sikorsky announced the successful first flight of an entirely unmanned UH-60A Black Hawk. The aircraft was equipped with the Aircrew Labor In-Cockpit Automation System, jointly developed between Sikorsky and the Defense Advanced Research Projects Agency. Since its inception six year ago, ALIAS has been used to perform autonomous flight. However, at least one pilot had always been on board and able to take over. The historic milestone of an autonomous ALIAS flight without any crew on board is a major achievement in the project’s development.

Sikorsky reported that the first unmanned flight was conducted on February 5 over Fort Campbell and had a duration of 30 minutes. A second flight with a shorter duration took place on February 7. Following pre-flight checks, the Black Hawk took off and flew through a LiDAR-simulated course that replicated the crowded and dangerous New York skyline. Using ALIAS, the UH-60A weaved between the simulated buildings without issue before landing itself.

The core of ALIAS is the MATRIX autonomy system developed by Sikorsky Autonomy Research Aircraft. MATRIX helps pilots and aircrew operate in degraded environments like limited visibility or restricted communications. The Army introduced the system in 2018 as the service moves towards improving its current fleet of aircraft and creating an optionally-manned one.

Notably, ALIAS is not designed solely to take over the job of flying the aircraft. Rather, it provides the flexibility to handle missions on its own or assist aircrews in flight with its autonomy. “With reduced workloads pilots can focus on mission management instead of the mechanics,” said DARPA Tactical Technical Office program manager Stuart Young. “This unique combination of autonomy software and hardware will make flying both smarter and safer.”

Of course, as demonstrated with the flights on February 5 and 7, ALIAS can handle missions autonomously. “ALIAS aims to support execution of an entire mission from takeoff to landing, including autonomously handling contingency events such as aircraft system failures,” DARPA said in a statement.

DARPA and Sikorsky have jointly invested about $160 million into the ALIAS program. The cost is reportedly split relatively evenly. On their current timeline, DARPA and Sikorsky plan to wrap up the program by the end of 2022. Until then, the next goal is for ALIAS to be integrated on the fly-by-wire UH-60M model Black Hawk. DARPA plans to transition the capability to the Army to equip it on current and future fleets like the Future Vertical Lift program.