Today in military history: Battle of the Ironclads - We Are The Mighty

Today in military history: Battle of the Ironclads 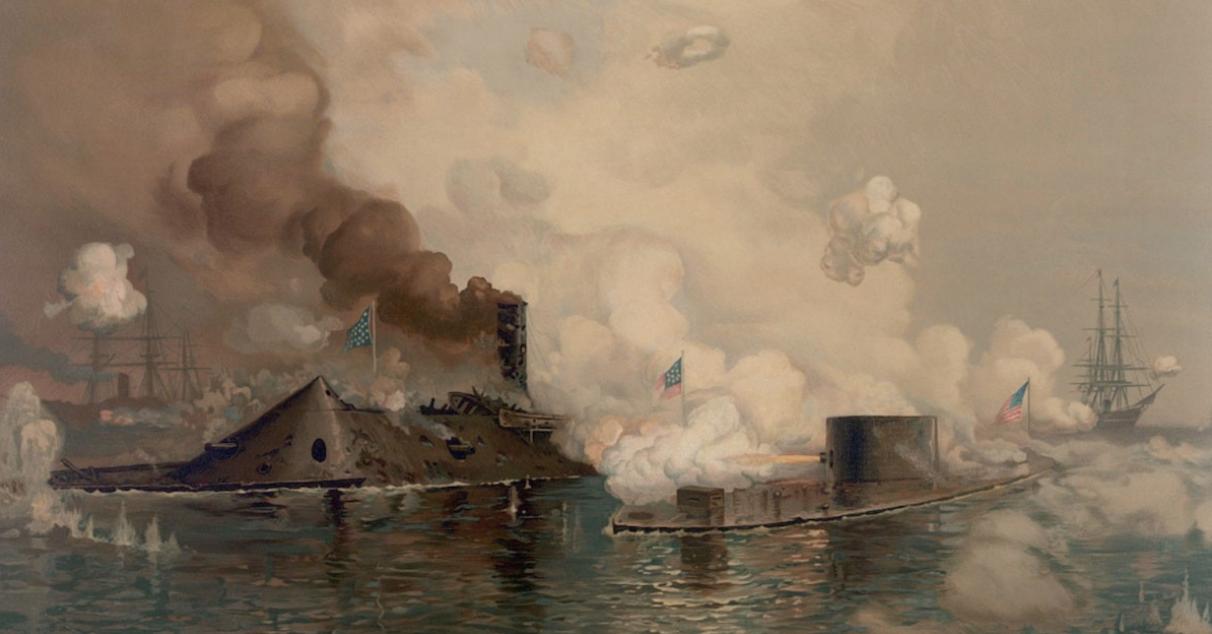 On March 9, 1862, the CSS Virginia and the USS Monitor engaged in the first battle between iron-fortified naval vessels in history.

Formerly known as the Union steam frigate the Merrimack, the Virginia was captured by the Confederacy and rebuilt with iron plates. After seeing her in action, the Union Navy began construction of its own ironclad ship.

On March 8, 1862, the Virginia attacked a Union squadron of wooden vessels, sinking many easily. Late that night, however, the Monitor arrived.

The ironclad ships engaged in battle the next morning, with crowds of Union and Confederates watching. Both ships suffered direct hits that failed to penetrate their iron shields. The fighting was slow and clumsy, but finally the Monitor took a hit that temporarily blinded her captain. She steered into shallow water and the Virginia took the opportunity to withdraw.

The battle was over, but naval warfare was changed forever.

The Virginia was destroyed on May 11, 1862, when her new captain, flag officer Josiah Tattnall III, ordered her scuttled to keep her from being captured by a Union blockade.

The Monitor remained in Hampton Roads until Dec. 29, 1862, when she began a journey south to help with the war efforts. Off the coast of Cape Hatteras, a storm began to rock the ironclad, flooding her engines and causing massive leaks.

The crew signaled for help, but the ship was lost — and with her, 16 of the 62 souls aboard.

In 1974, an expedition confirmed her shipwrecked location, and she was designated a marine sanctuary on Jan. 30, 1975.