Today in military history: Operation Claymore seeks Enigma device - We Are The Mighty 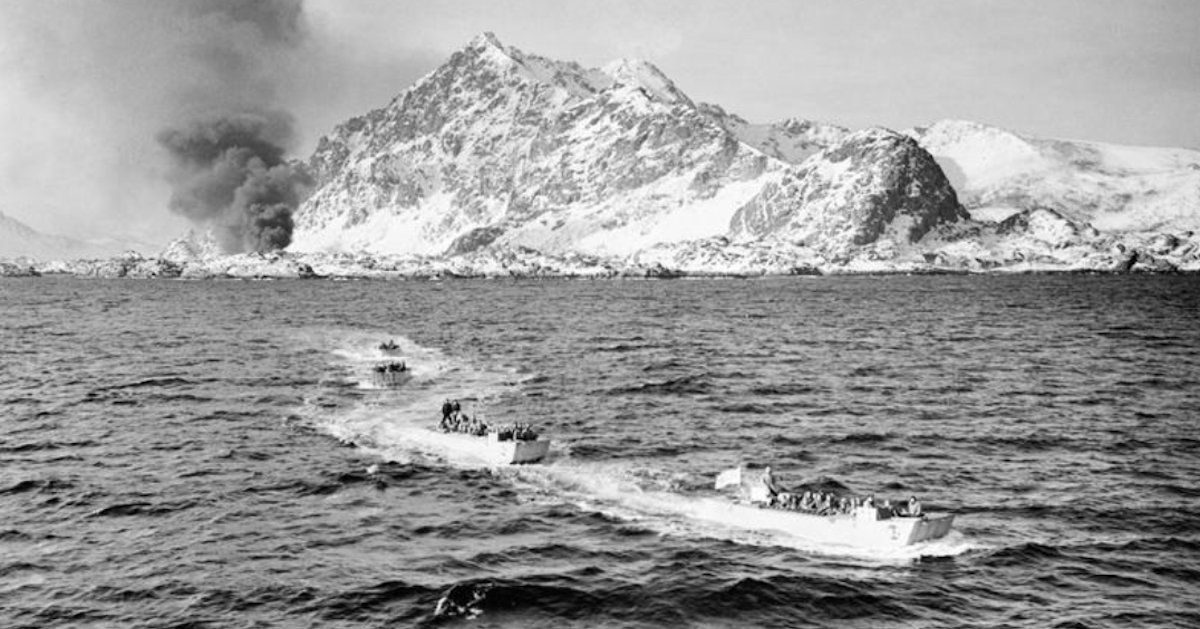 On March 4, 1941, the British navy launched Operation Claymore in an attempt to capture a German Enigma coding machine.

The Lofoten Islands were host to an Axis stockpile of fish oil and glycerine. In the first of many raids against the German military in Norway, Operation Claymore was the codename for a mission to disrupt the Arctic war industry and capture an Enigma machine from the German trawler, the Krebs.

On March 1, they began a three-day journey through rough seas to the targets. Two days later, they were spotted by a German aircraft but pressed forward, risking the possibility of hitting beaches with prepared and dug-in Nazi defenders.

When the British arrived, ice had formed further out than expected and the commandos were forced to get out of the boats early before running across it to hit the towns. All four groups managed to cross the ice and hit their targeted towns without facing any real resistance.

While the British were able to successfully surprise the Germans, the commander of the Krebs, Lieutenant Hans Kupfinger, had time to throw the Enigma overboard before he was killed. The raiding party did, however, recover a set of rotor wheels and its code books, which gave Allied intelligence the ability to decipher Enigma messages for the next five weeks.

Despite the loss of the Enigma, the raid was considered a success, tactically destroying critical German supplies and providing a morale boost for the Allies.